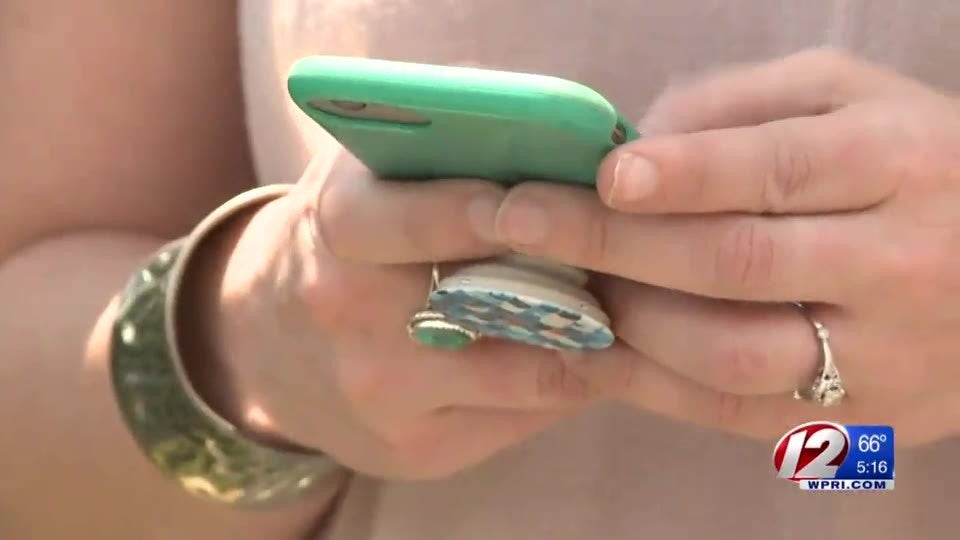 PROVIDENCE, R.I. (WPRI) — A Rhode Island woman said she was shocked to learn a photo of her and her fiancé ended up on a Connecticut woman’s cellphone.

“Zero idea how my pictures got on her phone,” Alicia White said.

White had snapped the selfie about three weeks earlier and posted it to Facebook and Instagram. But on Wednesday, she received a text from a friend. It was a screenshot from Snapchat.

“Help, does anyone know who these people are and why six pictures of them randomly appeared in my camera roll this morning?” the post read.

White and the woman from Connecticut shared a mutual friend who saw that Snapchat post and recognized White and her fiancé. She told White, who immediately wanted answers.

“I’d really love to know why something like this could happen,” she said.

White and the woman who had her photos had never heard of each other before Wednesday. They weren’t Facebook or Instagram friends. White said they ruled out ever being geographically close enough to Air Drop the photos to each other directly. White also double-checked her phone and found no outgoing messages with the pictures either.

The only thing the two women had in common: iPhones and iCloud storage.

Brown University computer science professor Anna Lysyanskaya said she’d never heard of something like this happening before, but thinks it could be a glitch in how Apple encodes iCloud pictures.

She said when someone takes a photo on a cellphone, a lot of things happen behind the scenes. Pictures sent to the cloud are encoded and processed for things like facial identification. They’re also encrypted to ensure hackers can’t intercept them, but Apple can still access them.

“This photo is known by this very, very short ID,” explained Lysyanskaya, who said Apple uses a system that de-couples photos from the device and user. “The algorithm that computes that ID is supposed to be collision-free, so that no two distinct photos end up with same ID. Maybe it’s not collision-free, maybe there’s a collision in that process.”

That so-called “collision” would essentially mean two photos had the same name, which could explain why White’s photo ended up on someone else’s phone.

Lysyanskaya said it’s also possible the two woman were both users of the same third-party app that had access to their camera rolls. She said it’s important to know which settings you’re opting into and how those could impact your privacy.

“Unfortunately, even when we opt out of all these privacy-invasive technologies, we’re still relying on Apple software being bug-free and glitch-free, and sometimes glitches happen,” she said.

As of Friday afternoon, Apple had not responded to requests for comment.

White, who said she was “freaked out” by the ordeal, took to the internet to find out if others had the same problem. She found many people who had found strangers’ pictures on their phones, but couldn’t seem to find anyone who had the problem she had: being that stranger. She’s relieved that unlike so many others in cyberspace, she at least knows what happened.

She’s also relieved the selfie was a relatively innocuous thing for a stranger to find on their device.

“The purpose of the cloud is for you to store your information and that’s great and that’s wonderful, but it’s supposed to be secure,” she said. “These are just cute selfies, but what if it was other information? What if it was personal private information that was shared with other people? That’s not cool.”

White said she’s changed her Apple ID and her password.