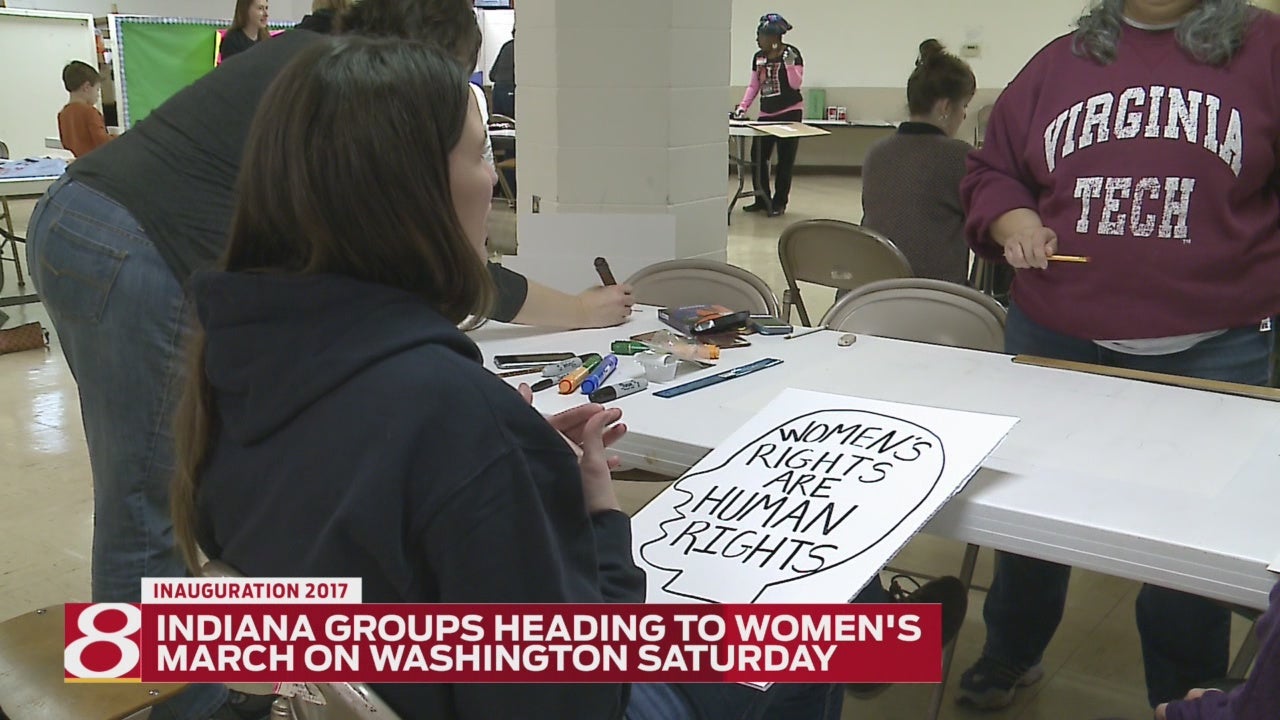 INDIANAPOLIS (WISH) — Hundreds of thousands of women plan to peacefully march through Washington, to stand up for women’s rights on Saturday.

Local march organizers say at least 5,000 people from Indiana are making the trip to Washington.

On Friday night, many women will leave on buses from Terre Haute, Bloomington, Indianapolis, Evansville and several other Indiana cities.

“I’m absolutely amazed at the number of people that are going. I’m surprised at the fact that there are so many solidarity groups that aren’t going to be there with us physically, but are going to be with us in solidarity on the day of the march,” said Debbie Dillow, who is marching in Washington.

There will be many “sister marches” all around the world, including in Indianapolis on Saturday.

Earlier this week, women gathered at an Indianapolis church to make signs for the marches. The women said they want to make sure the country’s new leaders hear them.

Larissa Jones is one of the organizers for the Indiana chapter of the March on Washington. Jones has been working to gather support and organize logistics for Indiana women traveling to the march in D.C.

“We just really need to start teaching our children now, so not in the near future — but in the far future, we’re going to look back and say ‘we were on the right side of history,'” said Jones.

Like many of the other women, Jones said she is marching for the future of her children.

“There is so much we can do now, but real change doesn’t happen unless we start teaching our youth and our young children what’s right,” said Jones.