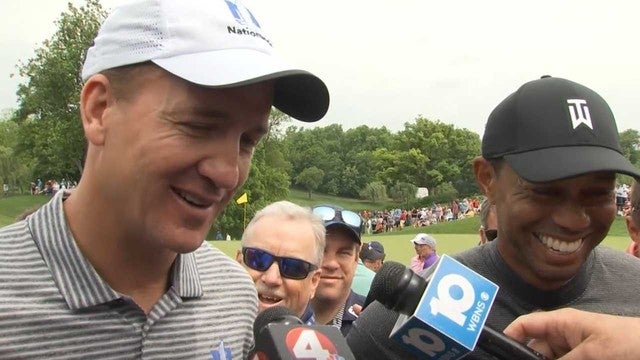 But Woods spent Wednesday in awe of one of his playing partners in the Nationwide Pro-Am.

Two-time Super Bowl champion Peyton Manning was paired with Woods for the second straight year. Manning serves as a spokesman for Nationwide.

Woods says he and Manning have played together many times and the two drew big crowds Wednesday at Muirfield Village.