World gazes at total lunar eclipse, longest of this century 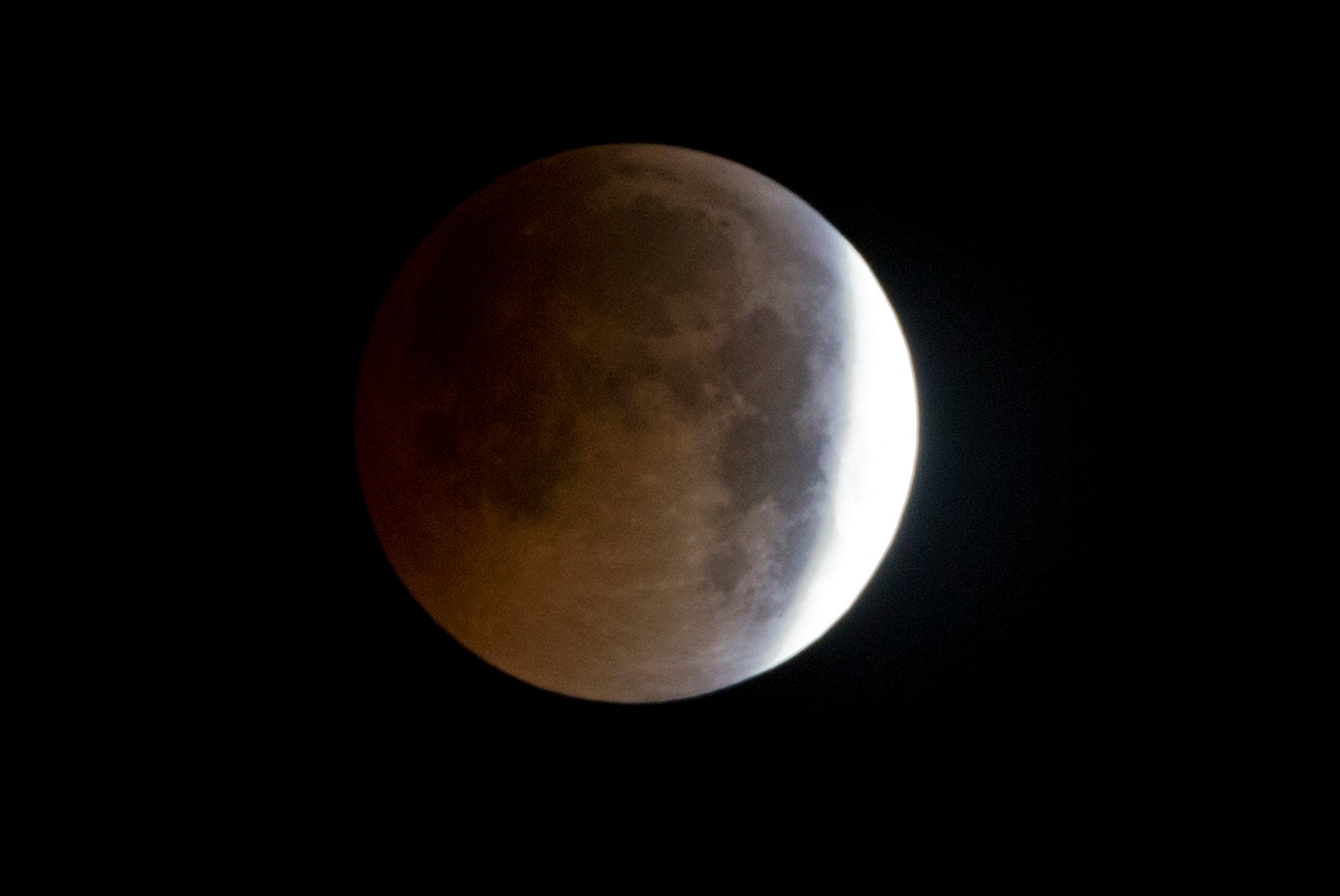 JOHANNESBURG (AP) — Curiosity and awe have greeted a complete lunar eclipse, the longest one of this century and visible in much of the world.

The so-called “blood moon,” when it turns a deep red, was visible at different times in Australia, Africa, Asia, Europe and South America when the sun, Earth and moon lined up perfectly, casting Earth’s shadow on the moon.

The total eclipse lasted 1 hour and 43 minutes, with the entire event lasting closer to four hours.

Rio de Janeiro’s spectators cheered when the blood moon emerged from the fog. Hundreds of people watched at a fort overlooking the iconic Copacabana beach and Sugarloaf Mountain. The local planetarium set up telescopes for astrology fans.

“These telescopes are fantastic. It’s one thing to see pictures of the planets in a book and another to see it in real life,” said Ana Selma Ferreira, a 46-year old lawyer who brought her children to the spectacle.

Across Africa people turned to the sky, watching the reddish shadow slide up the moon’s surface. In Somalia, some hurried to mosques for special prayers. In South Sudan, some dared to take photos in a war-torn country where using a camera in public is discouraged.

In Ethiopia’s capital, Addis Ababa, people at an open-air restaurant admired a rare clear view during the rainy season, comparing a live NASA webcast to what they saw above. Then clouds rolled in.

“The reason that the moon turns red is because atmospheric scattering causes red light to pass through the atmosphere and the composition of the atmosphere can change if volcanic eruptions or forest fires occur,” said Tom Kerss, an astronomer with the Royal Observatory Greenwich.

“And the density of dust increasing in the atmosphere can cause the moon to appear a particularly deep red, and indeed it has the same effect on our sunsets and sunrises.”

In a special treat, Mars is also at its closest approach to Earth this week since 2003, making it appear bigger and brighter.

Excited skywatchers on social media shared photos of the bright planet just to the right of the moon.

North America missed out on Friday’s lunar eclipse but can look forward to the next one on Jan. 21, 2019, according to NASA.