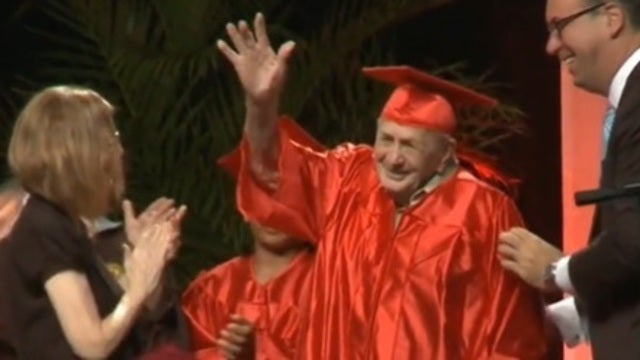 TAMPA, F.L. (WFLA-TV) – Joe Perricone walked across the stage to receive his diploma on Saturday, more than 70 years after leaving school to join the war.

Perricone was attending Hillsborough High School in February 1943 when he was drafted to serve in the U.S. Army during World War II.

Perricone was sent to Europe and returned to Tampa, Florida, after the war. He received his diploma, but never got to walk at graduation.

His grandson, Judge Thomas Palermo, arranged for his grandfather to walk at the school’s graduation ceremony on Saturday with the help of the school board and Principal Gary Brady.

The veteran finally received his diploma in person at a ceremony on Saturday and was honored for his service.