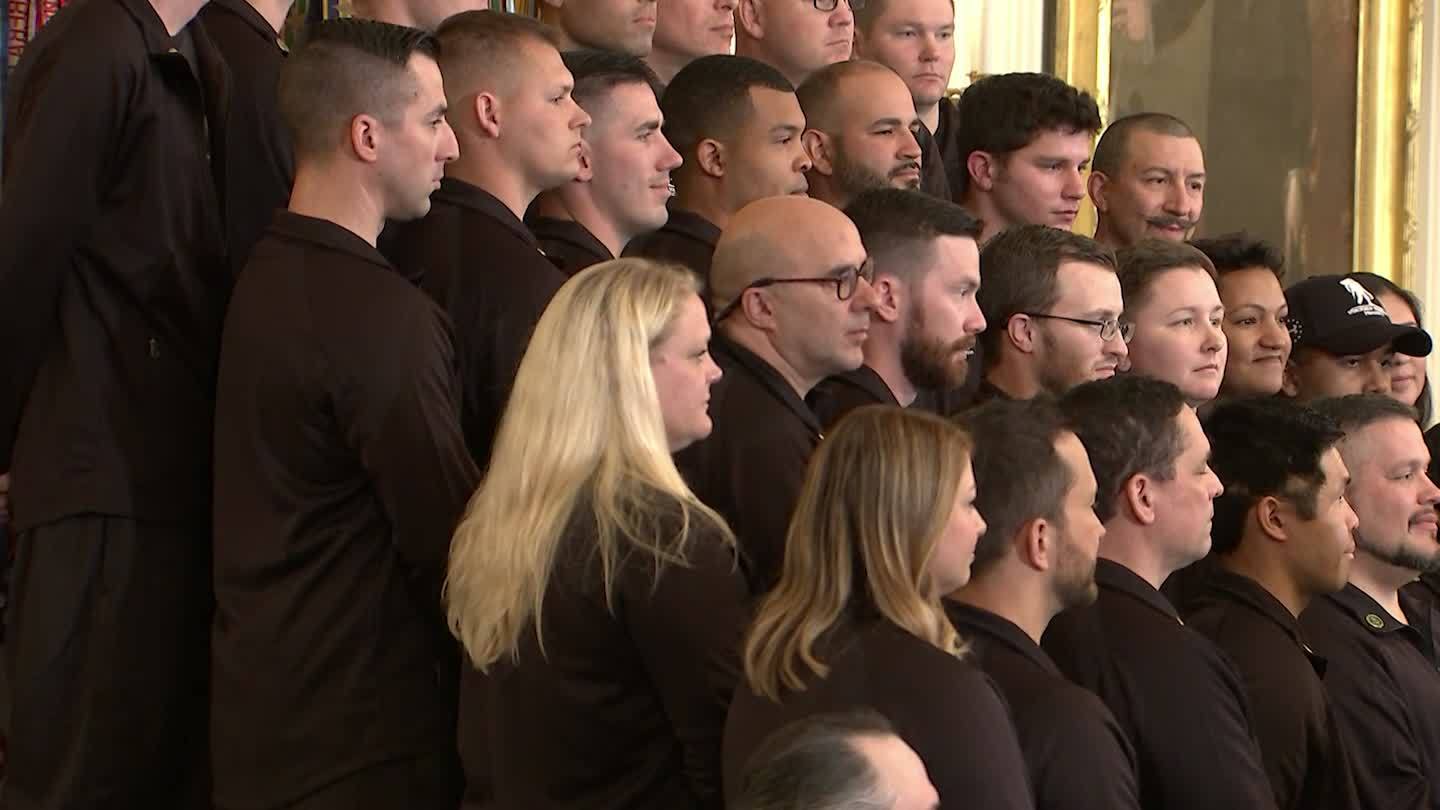 WASHINGTON (Nexstar) —  After briefly celebrating the release of the Mueller report, President Trump hosted Wounded Warriors from across the country at the White House on Thursday morning.  The recovering veterans said they appreciate the president’s support as they fight the battle at home against PTSD, depression and suicide.

The group of injured service members and veterans visited with President Trump one day after their annual “Soldier Ride.” The four-day cycling event helps Wounded Warriors overcome physical and mental challenges. Veteran Jeremiah Pauley suffered injuries in Iraq and said the ride helped him get back on his feet.

“I might not be alive today, and I know there are a lot of warriors who feel the same way,” said Pauley.

Figures show suicide rates among servicemembers are rising. Advocates said resources from lawmakers, defense officials and the president are needed.

President Trump said he is committed to rebuilding our military and improving services for service members and veterans. The president is pushing for increased funding for the Defense Department and the Department of Veterans Affairs as part of his proposed 2020 budget.

“Without the defense of our nation our budget doesn’t matter,” said President Trump.

Wounded Warriors showed their gratitude by presenting a bronze statue to the Commander-in-Chief. President Trump assured people in attendence that he’ll continue to support those who serve and sacrifice.

“This {statue} will find a permanent place at least for six years in the oval office,” said President Trump.