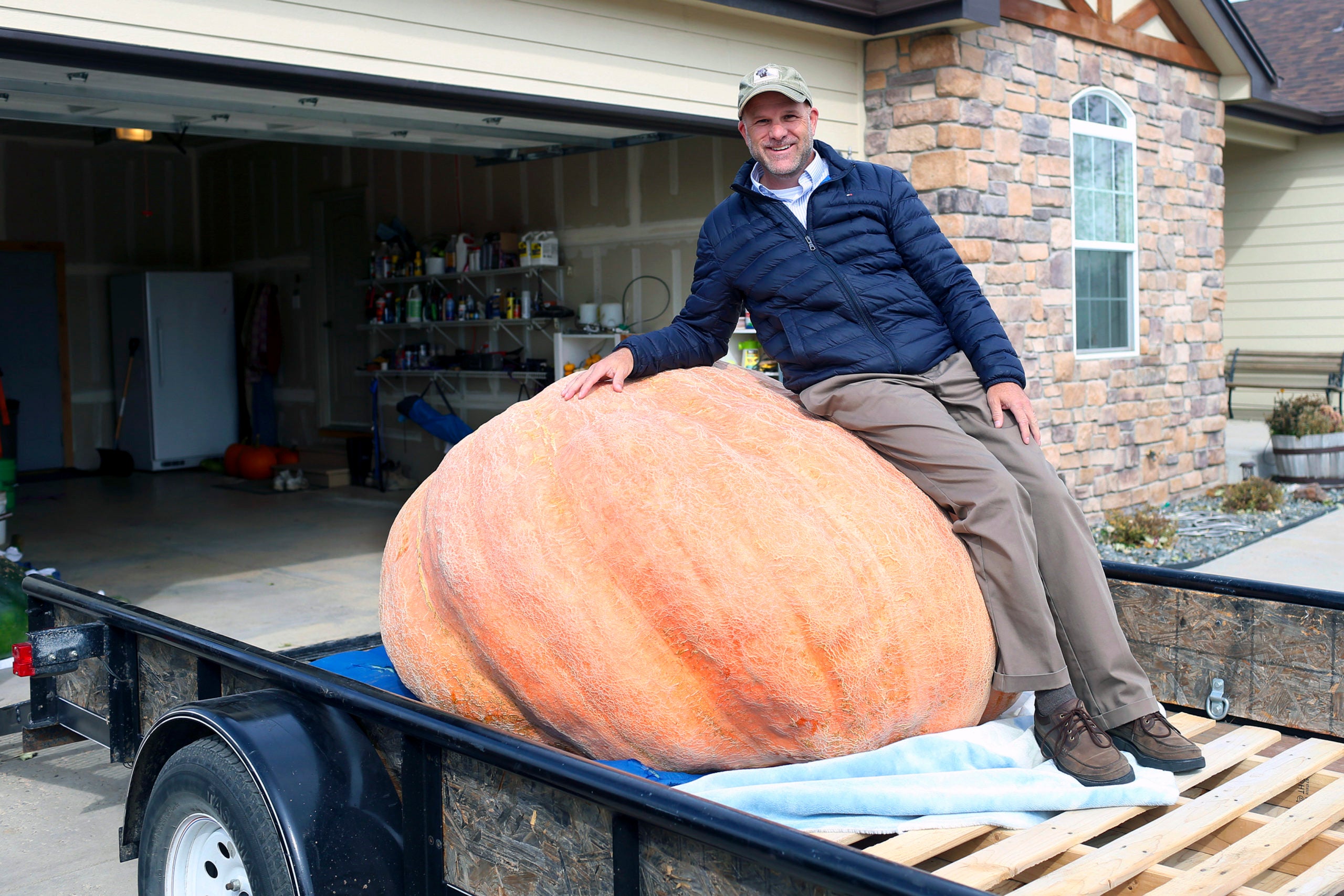 CHEYENNE, Wyo. (AP) — Wyoming officials say a Cheyenne man has grown a pumpkin that weighs in at 1,491 pounds (676 kilograms), a new state record.

The Wyoming Tribune Eagle reported Thursday that Andy Corbin grew the gourd in his backyard.

Corbin says the pumpkins he grows at his east Cheyenne home require a handmade tripod to move them.

He says his pumpkins require yearlong maintenance and can gain dozens of pounds a day during growing season.