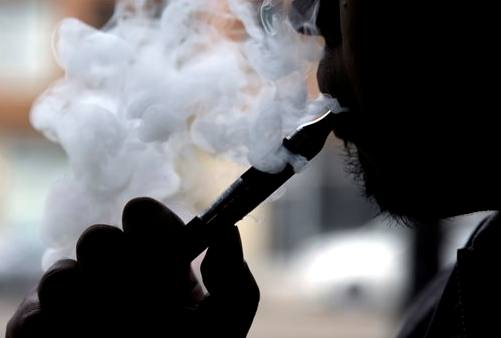 NEW HAVEN, Conn. (WTNH) – Yale researchers are out with a study that shows more teenagers are trying something new and possibly dangerous with electronic cigarettes. No one is exactly sure what the long term effects of e-cigarettes might be because they have not been around for a long term yet. Many experts think they are bad for you. If that turns out to be true, then a process called “dripping” gets more of the bad stuff stuff into you faster.

You can tell someone is using an electronic cigarette instead of regular cigarette by the huge cloud they exhale. Some think the bigger the cloud, the better, and that is leading some to try something called dripping.

“Drippers get more volume, more taste, a lot bigger cloud,” explained an employee named Mark (who would not give his last name) at a store called The Happy Lung in West Haven, Connecticut.

In addition to more taste and cloud, drippers could get more of other stuff, too. A new study from the Yale Cancer Center says dripping means “possibly increasing exposure to harmful chemicals like formaldehyde, acetaldehyde, and acrolein in the vapors.” In normal vaping, a cartridge of juice feeds a wick that that goes into heated coils.

“Dripping is taking the juice that you want to vape and you drip it over the coils that you build,” Mark said.

Vape shops used to be able to build coils for you. The law now prevents that, but it does not stop you from assembling one yourself, and dripping the flavored liquid right onto it.

Apparently, it is also not stopping teenagers from dripping, and that has health experts worried. The Yale Cancer Center went to eight different Connecticut high schools in southeastern Connecticut and interviewed more than a thousand students who were regular e-cigarette users. They found more than one in four had tried dripping.

E-cigarettes were originally supposed to be a way for smokers to switch to healthier alternative.

“It’s a little bit safer of an alternative than smoking cigarettes every day,” Mark said. “It’s a lot more convenient. It doesn’t smell.”

With flavors such as strawberry milk and apple cake, critics say e-cigarettes have now become a way to entice teens to start using tobacco products. Doctors say more research has to be done into possibly harmful long-term effects. Dripping just increases how much you take in, of both the good and the bad.