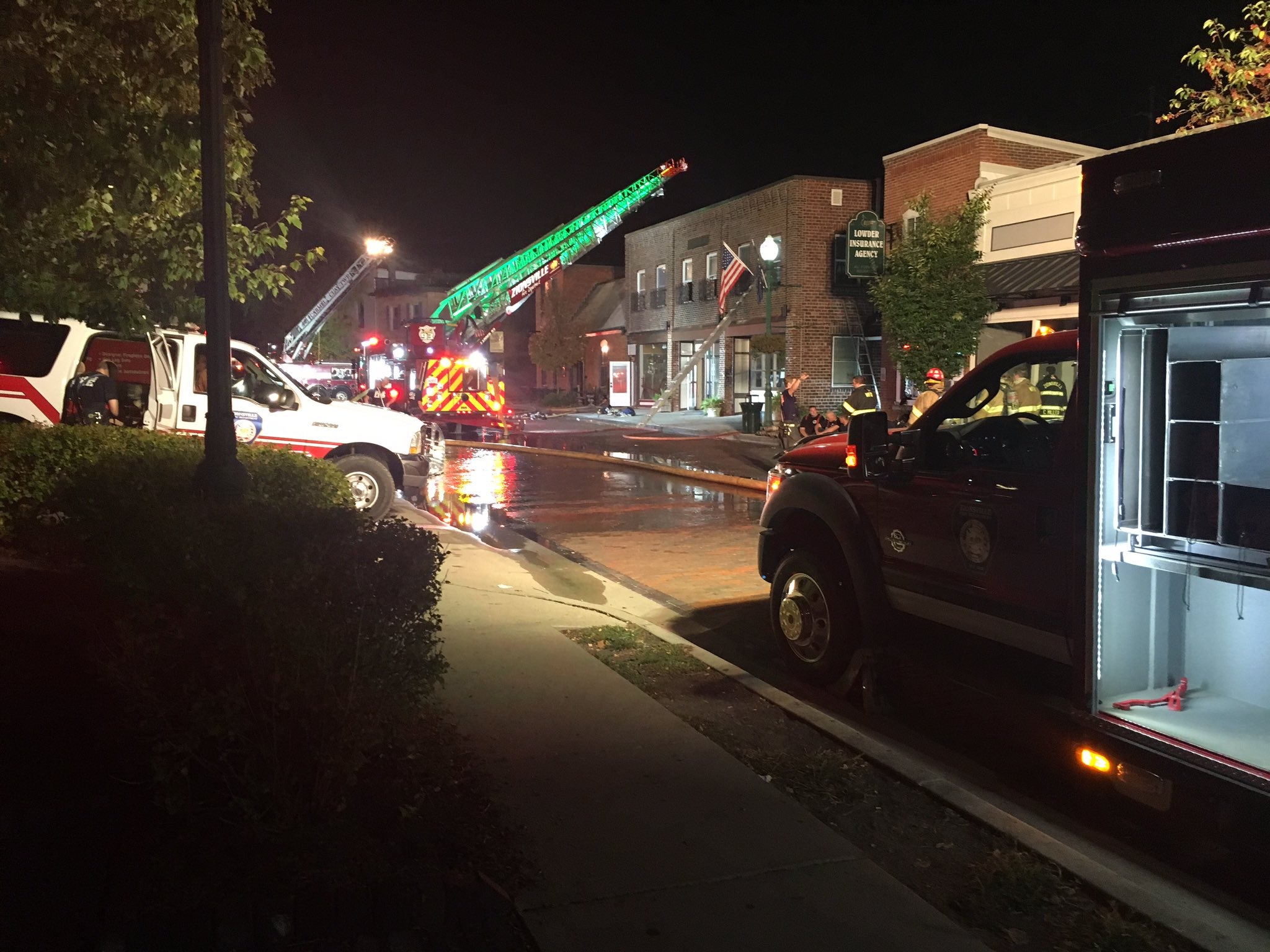 The only one inside was a resident who lived upstairs.

It broke out around 4 a.m. Monday on Main Street.

The building holds both businesses and apartments. Officials said the fire was so massive that it required help from several neighboring departments. A Pike Township firefighter was taken to the hospital and treated for smoke inhalation.

“This is kind of one of our worst nightmares along Main Street,” Zionsville Mayor Tim Haak said.

“To have it with one building and no injuries, we’re very fortunate.”

Investigators said they believe the fire broke out at Noah Grant’s Grill House & Oyster Bar, 65 S. First St. Flames then spread to the rest of the building, which houses Silk Purse Antiques, 76 S. Main St., and B & B Interior Design as well as three apartments. Only one apartment was occupied and that resident got out before the first floor of the building collapsed into the basement.

“It’s kind of scary with this being such a historic town that something like this could’ve really caused a lot of damage,” Zionsville resident Becky Smith said.

But, with no injuries and one building badly damaged, residents focused on the silver lining.

“It could’ve been really bad,” Mark Zelonis of Zionsville said.

According to Noah Grant’s website, they will relocate across the street. Investigators have not determined what caused the fire.