Ledger’s Story My entire pregnancy journey with Ledger was pretty calm. No nau… 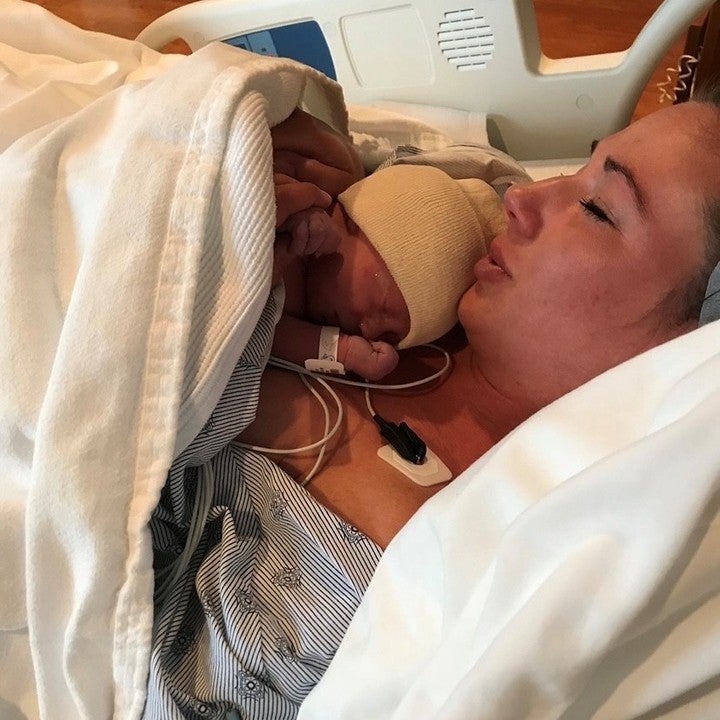 Ledger’s Story 💙 My entire pregnancy journey with Ledger was pretty calm. No nausea. No issues. Everything seemed fairly normal. That was, until early July, when I just couldn’t stop itching. I’d itch so bad at night, that my skin would start to bleed. One early hot July day, I was sitting outside on my sunporch, just scratching away. I decided to come inside and watch a show episode I had recorded on @tlc . The woman in the show was pregnant. And she couldn’t stop itching. Her midwife was worried she had a pregnancy-related liver condition, called Obstetric Cholestasis. For whatever reason, it causes stillbirth in babies, so they often need to be delivered early. I watched, and I listened, and I turned to my husband and said, “Oh my gosh, I think I have that.” I had a doctor’s appointment two days later, so I mentioned it to the nurse. She thought the itching was more likely due to a new lotion or just the hot weather. But I knew it was something more. I asked if we could run a few tests just to be sure, and we did. That night, the doctor called. I knew for the doctor to call me at night, it wasn’t good news. She asked me to sit down. My liver levels were supposed to be at a 4, normally. They were at a 16. I had the condition, and she wouldn’t let me deliver past 36 weeks, for fear of the worst. I had several stress tests the next day and had to take steroid shots to help further and hurriedly develop Ledger’s lungs. I also had to count his kicks at night to make sure he was still moving. The possibility of what could happen was unknown. Those were some of the longest and most sleepless nights of my life. When we had done all we could do, I sat in the doctor’s office with my husband and our doctor said, “It’s time.” We need to deliver Ledger on Monday.” I cried and thought, “Wait, Monday?” That was July 16. I looked at my husband and he just knew. July 16 was the day my husband’s dad passed away in 2007. I never got to meet him. But suddenly, I felt it. A wave of emotion came over me, and I knew I had watched that episode for a reason. (cont. in comments)