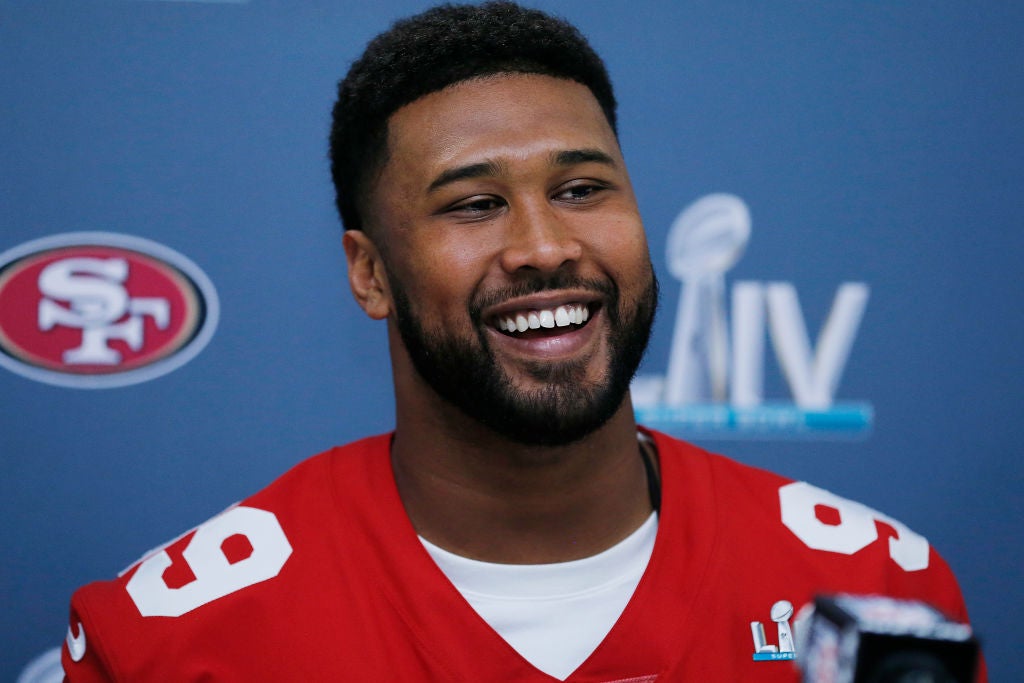 INDIANAPOLIS (WISH) – The more I read into the Colts new anchor on defense, the more interested I became. There is a giant story behind this giant human being – and Indianapolis will love all of it.

DeForest Bucker was born and raised just over 30 miles outside of Honolulu on the shores of Oahu. His first love? Basketball. Both of his parents were diligent workers and his maternal grandmother played a large role in his upbringing on the island. His hoops highlight tape is a sight to see. Steals, dunks, blocked shots that are still traveling somewhere in the Pacific.

Buckner stood at an intimidating 6-foot-7 and 240 pounds while leading Ponahou High School to prominence on the hardwood. Going into his junior season, a sprained ankle cost Buckner a chance to work out in front of college coaches. Instead, football became his clear top priority. It was meant to be.

When Buckner was 13-years-old, his father George was seriously injured in a motorcycle accident. Buckner has stated that this trying time taught him to become a leader both within his family and when chasing his dreams in life. With the move to Indianapolis, Buckner now is a drive away from his father’s former hometown – Knoxville, Tennessee.

Buckner arrived at college football powerhouse Oregon and immediately made an impact. He was voted the team’s top freshman, won a starting spot for the final eight games of his sophomore season and was named a second-team PAC-12 all-conference selection as a junior. Off the field, future NFL second overall pick Marcus Mariota and fellow Hawaiian natives took Buckner under their wing and made Eugene start to feel like a second home. Buckner capped off his Ducks career by becoming only the second Oregon player since 1983 to earn the PAC-12 Defensive Player of the Year honor. A star was ready for the next level.

Do you like art? Well, you are in luck. So does your newest Colt. During college, a professor birthed a new nickname for the Ducks star defensive tackle: Dr. DeFo. According to 49ers.com, this originated because of Buckner’s passion, focus and patience with his art pieces which resulted in the top award in his student-athlete visual arts class. Buckner ultimately graduated with a degree in Criminology.

Perfect fit with the 49ers

Selected 7th overall in the 2016 draft, Buckner wasted no time in San Francisco. As a rookie, he ranked fourth among NFL first-year players with 6.0 sacks and finished as the second-leading tackler among defensive tackles in football. In 2017, he earned the first of back-to-back 49ers Hazeltine Iron Man Awards, voted on by his defensive coaching staff. Then came a breakout 2018 campaign, registering 12.0 sacks, second to only Rams star Aaron Donald among NFL defensive tackles. More success arrived in 2019, culminating with a trip to the Super Bowl in which Buckner recorded six tackles and 1.5 sacks vs. Kansas City.

In just four years, Buckner established himself as one of the league’s dominant forces in the middle on defense.

If you need any more convincing, go look up Darius Leonard and Kenny Moore on Twitter after the trade. The two Colts defensive stars already knew it on Monday: Indianapolis just added an absolute force on defense.