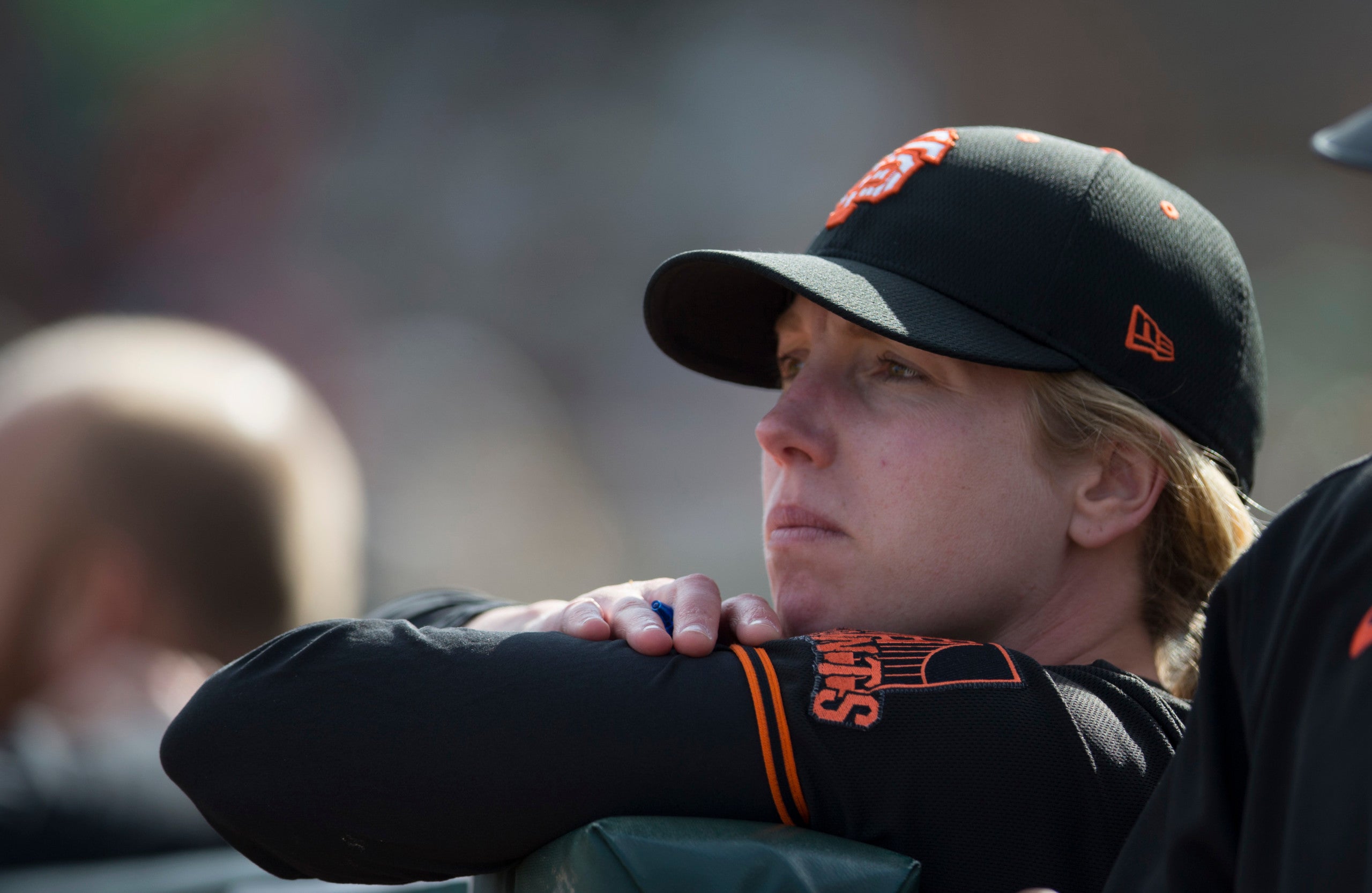 (CNN) — A woman made Major League Baseball history Monday by coaching first base for the San Francisco Giants during an exhibition game Monday.

Alyssa Nakken, the first female coach on a Major League Baseball staff in league history, became the first woman to coach on the field during a major league game on Monday.

Nakken entered during the late innings of Monday’s exhibition game between the San Francisco Giants and Oakland A’s to coach first base.

The Giants announced the hiring of Nakken on January 16 as an assistant coach as part of Gabe Kapler’s staff.

Nakken, a four-time Academic All American softball player for Sacramento State, joined the Giants in 2014, and is currently responsible for developing, producing and directing a number of the organization’s health and wellness initiatives and events, including coordinating the Giant Race series. She joined the organization in 2014 as an intern in the baseball operations department where she worked on a variety of special projects related to the amateur draft, international operations and player development.

Prior to joining the Giants, Nakken served as the chief information officer for the University of San Francisco baseball team. She played first base for the Sacramento State Hornets from 2009-2012 and was a three-time all-conference selection, four-time Academic All American, four-time Commissioner’s Honor Roll member and the 2012 conference Scholar-Athlete of the Year. Nakken started 184 games for the Hornets and was a career .304 hitter, ranking among the program’s top six players in six different Division 1 era categories, including home runs (19). Her 1,265 putouts are the most in school history, and she also ranks third with 115 runs scored.

Nakken earned her Master’s Degree in Sport Management from the University of San Francisco in 2015 and her B.S. from Sacramento State University in 2012.