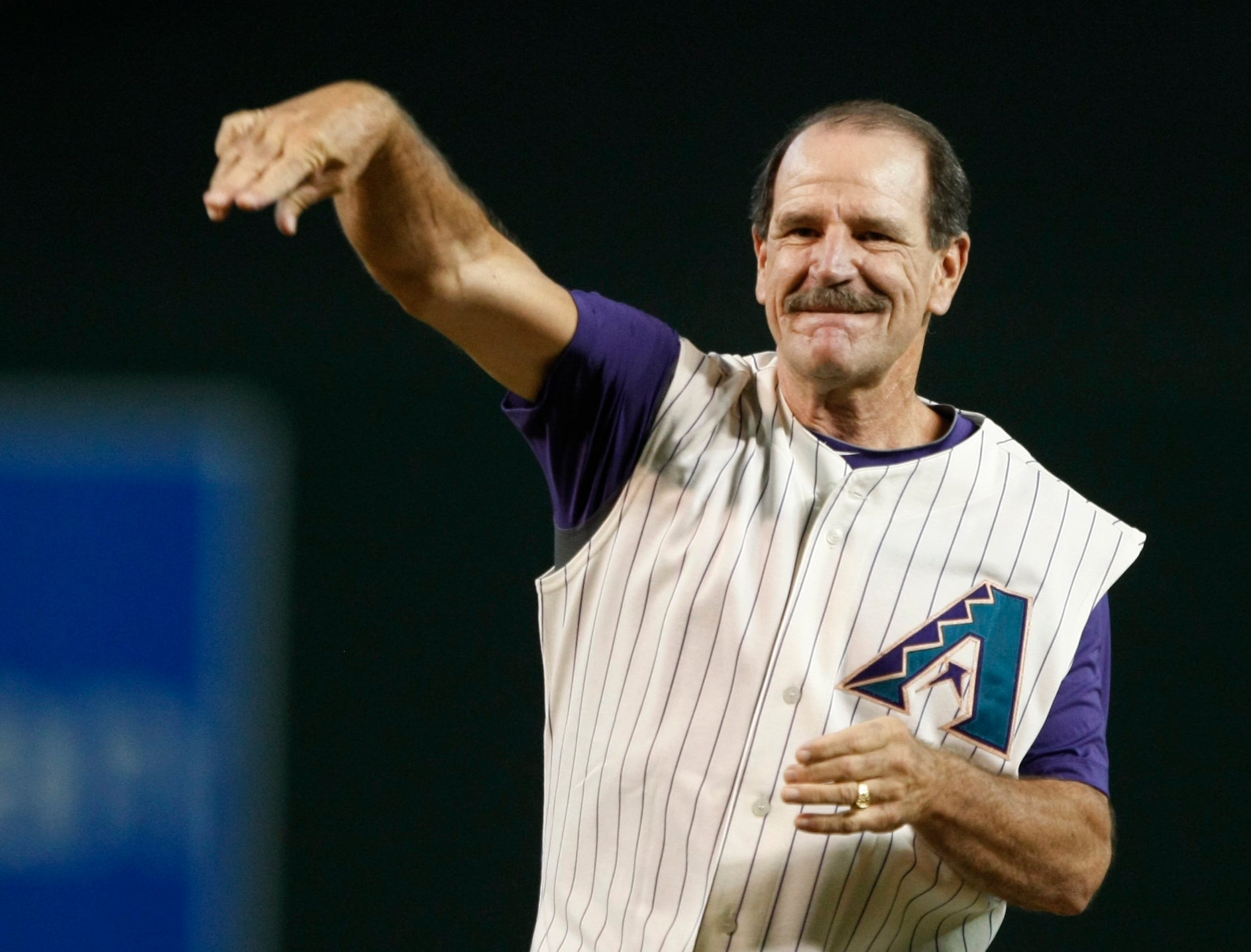 FILE - In this Aug. 30, 2014, file photo, Former Arizona Diamondbacks manager Bob Brenly throws out the first pitch before the team's baseball game against the Colorado Rockies in Phoenix. Brenly, now a Diamondbacks broadcaster, is stepping away from the booth over the next week after facing backlash for an on-air comment about New York Mets pitcher Marcus Stroman's headwear. (AP Photo/Rick Scuteri, File)
by: Associated Press
Posted: Jun 4, 2021 / 04:45 AM EST / Updated: Jun 4, 2021 / 04:45 AM EST

PHOENIX (AP) — Arizona Diamondbacks broadcaster Bob Brenly is stepping away from the booth over the next week after facing backlash for an on-air comment about New York Mets pitcher Marcus Stroman’s headwear.

“Beginning today, I have voluntarily decided to take some time off to listen, reflect and devote my attention to awareness training related to diversity and inclusion to enhance my understanding and appreciation of others,” Brenly said in a statement Thursday. “I plan to return to the booth next homestand, hopefully a better person.”

Brenly, working for Bally Sports Arizona, made the remark during the fourth inning of the Diamondbacks’ 6-5 victory in 10 innings at home Tuesday night.

“Pretty sure that’s the same du-rag that Tom Seaver used to wear when he pitched for the Mets,” Brenly said.

Stroman, after learning of Brenly’s comments, tweeted after the game: “Onward and upward…through all adversity and racist undertones. The climb continues through all!”

Stroman, who is Black, also retweeted several responses, some in support, others with racist taunts.

“The most disappointing part is that, though there has been a ton of progress and work done so that I, Marcus and other guys that look like me can show up as authentically as ourselves and be ourselves in a big stage, comments like the one that was made, they put us back,” Duplantier said after Arizona’s loss Thursday night in Milwaukee. “They put that progress back.

Brenly issued an apology Wednesday and was not in the booth for Arizona’s game at Milwaukee on Thursday.

Brenly managed the Diamondbacks to the 2001 World Series championship in his first season guiding the team.