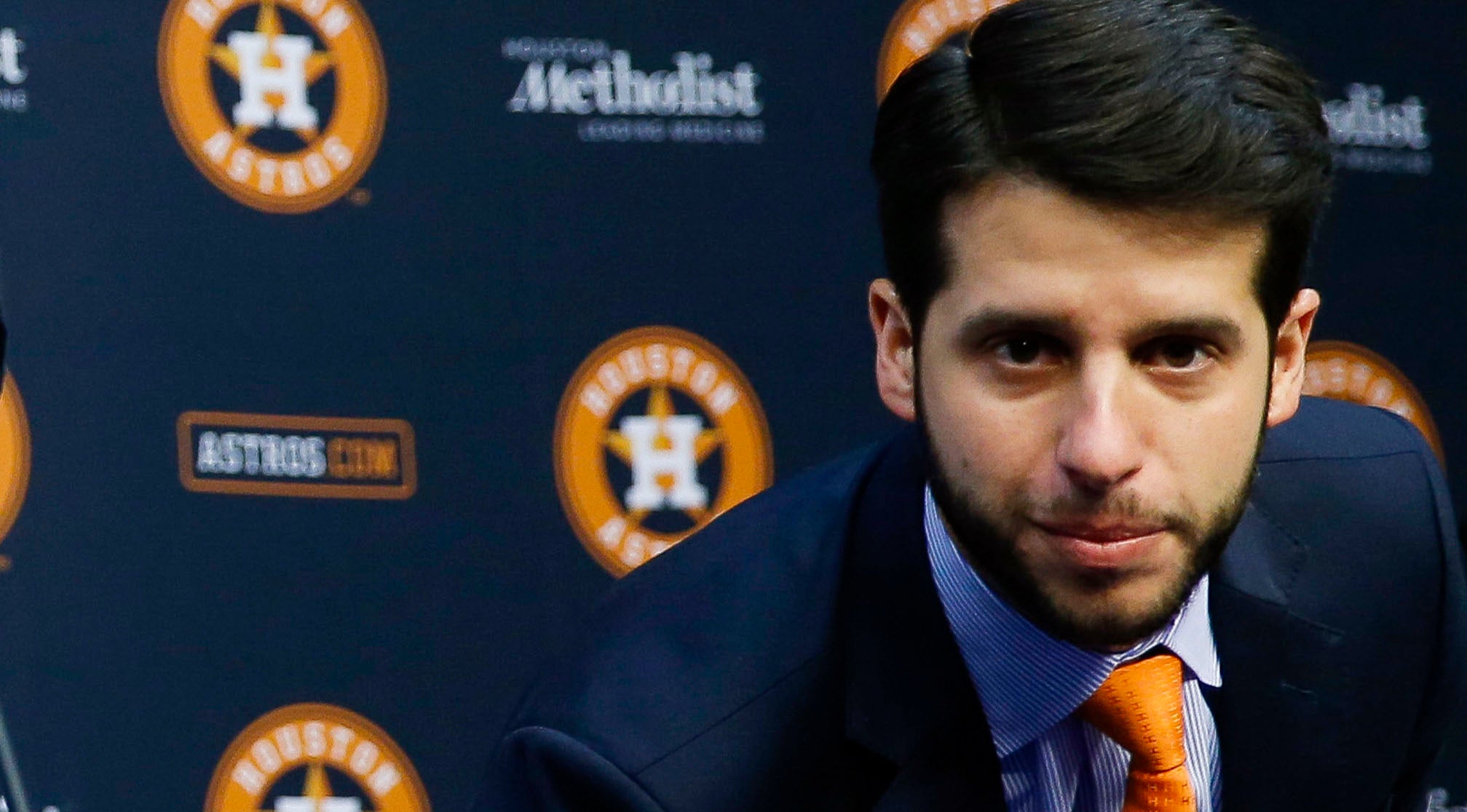 WASHINGTON (AP) — The Houston Astros fired assistant general manager Brandon Taubman on Thursday for directing inappropriate comments at female reporters during a clubhouse celebration, announcing the decision in the middle of the World Series and putting a renewed spotlight on domestic violence in baseball.

Astros general manager Jeff Luhnow apologized for the team’s initial response Monday, which was to accuse a Sports Illustrated reporter of making up the story.

“That original reaction by the Astros was wrong, and we own it as an organization,” Luhnow said during a news conference at Nationals Park, a day before Game 3.

“There were many people involved in reviewing that and approving that. And I’m not going to get into the details of that. … But regardless of who wrote it and who approved it, it was wrong. It was incorrect. It should never have been sent out. We’ve learned a lesson about it,” he said.

Taubman had apologized Tuesday for using language that was “unprofessional and inappropriate” in the Astros clubhouse following Saturday night’s pennant-clinching victory over the New York Yankees.

SI reported Taubman repeatedly yelled toward a group of female reporters about closer Roberto Osuna, who was suspended for 75 games last year for violating MLB’s domestic violence policy then was traded from Toronto to the Astros.

Taubman shouted “Thank God we got Osuna!” according to SI, which said he made similar remarks several times, punctuating them with a profanity.

After an investigation by Major League Baseball and the Astros, Luhnow met with Taubman on Thursday and fired him before the team traveled to Washington. Luhnow called it “a pretty tough conversation.”

“He’s been a valuable employee. We hired him over five years ago, he’s moved up quickly in the organization,” Luhnow said. “He’s smart. He’s hard working. And these comments that he made were out of character. He hasn’t had this type of incident before. This is not a repeating pattern of anything, which is why it was so easy for us to believe that it was more innocent than it turned out to be.”

Houston’s initial a statement Monday claimed SI tried to “fabricate a story where one does not exist” and maintained Taubman’s comments weren’t directed at reporters.

“There’s nothing about that first statement that was correct or that’s defensible,” Luhnow said. “The original impression that we had, without doing an investigation — and that’s our fault for not doing the investigation — was that it was two colleagues talking who were overheard and the comments were not directed at anybody in particular, not meant to be mean-spirited in any way or offensive in any way, just supportive of the player who had had a bad night.”

“But as we continued to investigate, it was clear that they were intended to be heard. And they were completely inappropriate,” he said.

Luhnow said the Astros decided Wednesday “that we were going to take action unilaterally ahead of Major League Baseball making any recommendations.” He said Taubman’s behavior did not indicate a wider problem in the Astros’ front office.

“This is not something that’s endemic. This is not a cultural issue,” he said. “We have a lot of really good people in our front office, in our coaching staff, and our team.”

Houston apologized to the SI reporter, the magazine and people who saw the incident, and to those who were offended.

“The Astros are very committed to using our voice to create awareness and support on the issue of domestic violence,” the team said in a statement.

Astros manager AJ Hinch has been critical of Taubman’s behavior since the SI report came out.

“I continue to be disappointed and just sorry it happened,” Hinch said.