Athlete of the Week: Roosevelt Jones 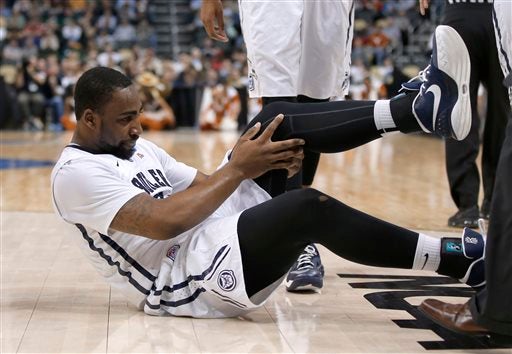 INDIANAPOLIS (WISH) — This week’s athlete is one that you might have heard of. Junior Roosevelt Jones led the Butler Bulldogs to the top of the Big East and to the NCAA tournament this season.

Jones scored 23 points against Notre Dame, taking over the game at many points. He did all this on a sprained knee that he suffered against Texas in the opening round game.

Before the game, Jones knew he wasn’t 100 percent.

“I am a little limited,” Jones said going into Saturdays game with a sprained knee. “I am going to wear a brace and that seems to help.”

Evidently the brace did help, he made five of his first eight shots for 15 first half points. That was more than half of Butler’s 29 point total.

Kellan Dunham was impressed by his teammate’s performance.

“Unbelievable, I haven’t played with a tougher guy in my life and I am so blessed to be able to play with him every day” Butler guard Kellan Dunham said about his teammate.