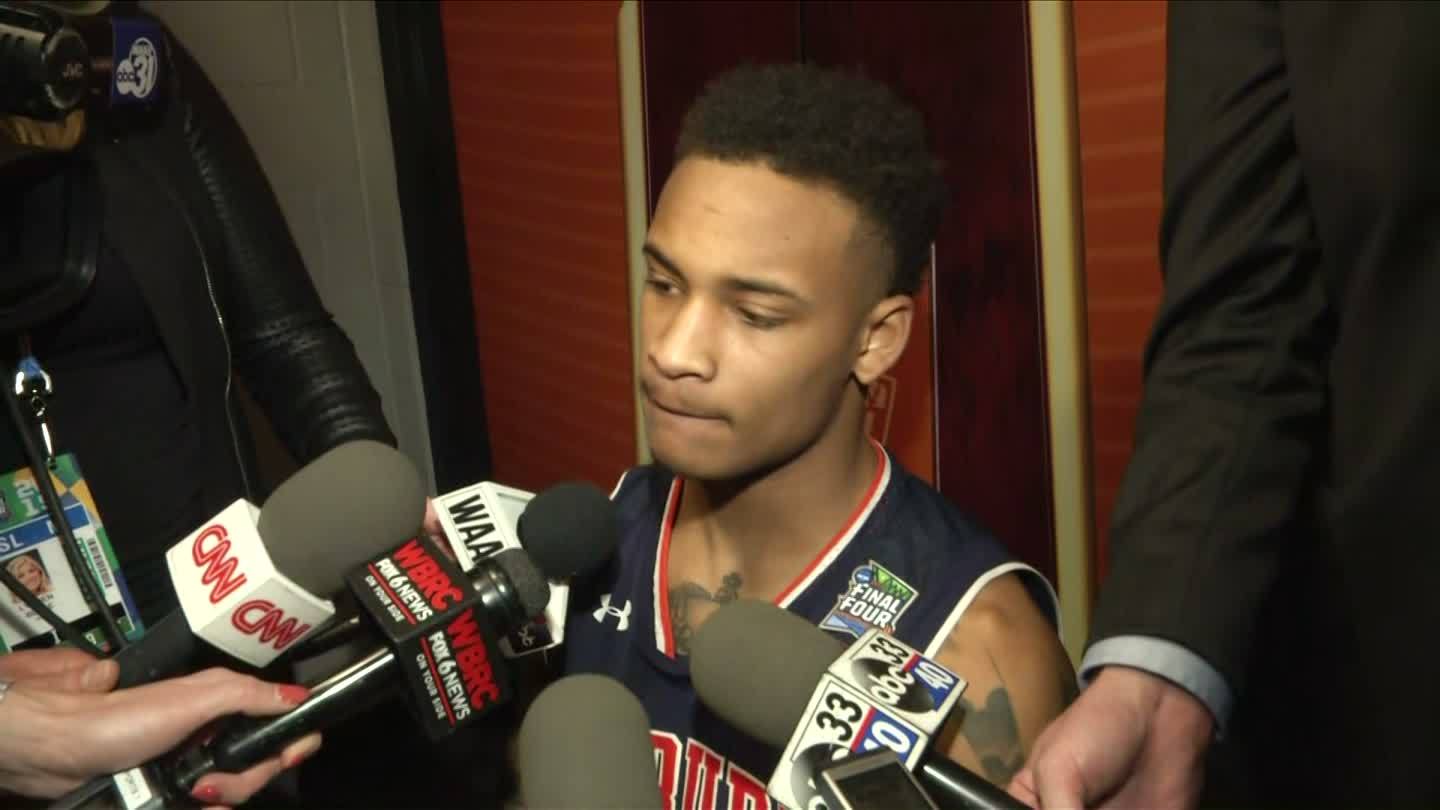 MINNEAPOLIS (AP) — From one-and-done to NCAA Tournament miracle men, Virginia is going to the national championship game for the first time after pulling off another last-second stunner on a disputed foul with 0.6 seconds left.

Kyle Guy made three free throws as debate immediately started over the call and Virginia celebrated its second small miracle of the NCAA Tournament, beating Auburn 63-62 Saturday in the Final Four.

As you’ll see in the interviews above and below, Auburn wasn’t willing to blame the loss on the refs.

The fifth-seeded Auburn (30-10) had erased a 10-point deficit in the final five minutes and led 62-60 after Guy made an off-balance 3 with 7.6 seconds left. The shot snapped a drought of more than five minutes by the Cavaliers, who then sent Jared Harper to the line with 7 seconds left.

Harper made one and Auburn, with fouls to give, did so twice. With 1.5 seconds left, Virginia (34-3) got the ball to Guy in the corner. He turned and fired and Samir Doughty, hands straight up in the air, bumped into Guy’s hip.

When the whistle blew, Auburn coach Bruce Pearl lost it on the sideline, pumping his fist and screaming. Later, fans watching on TV also complained when it emerged that Ty Jerome may have double dribbled on his way up the court.

Guy swished the first two free throws to tie it and Auburn called a timeout to ice him. Didn’t work. He hit one more for the lead. Auburn threw a long inbound pass to Brown, but his desperation 3 was short.

The Cavaliers mobbed Guy on one end. Brown sat on the court, head hanging on the other. Auburn, in the Final Four for the first time, had its season end in a most painful way.

Jerome scored 21 points for Virginia and De’Andre Hunter had 10 of his 14 in a stellar second half.

Doughty led Auburn with 13 and Brown had 12 for Auburn, which nearly beat Virginia at its own game — with tough defense and big shots in the halfcourt.