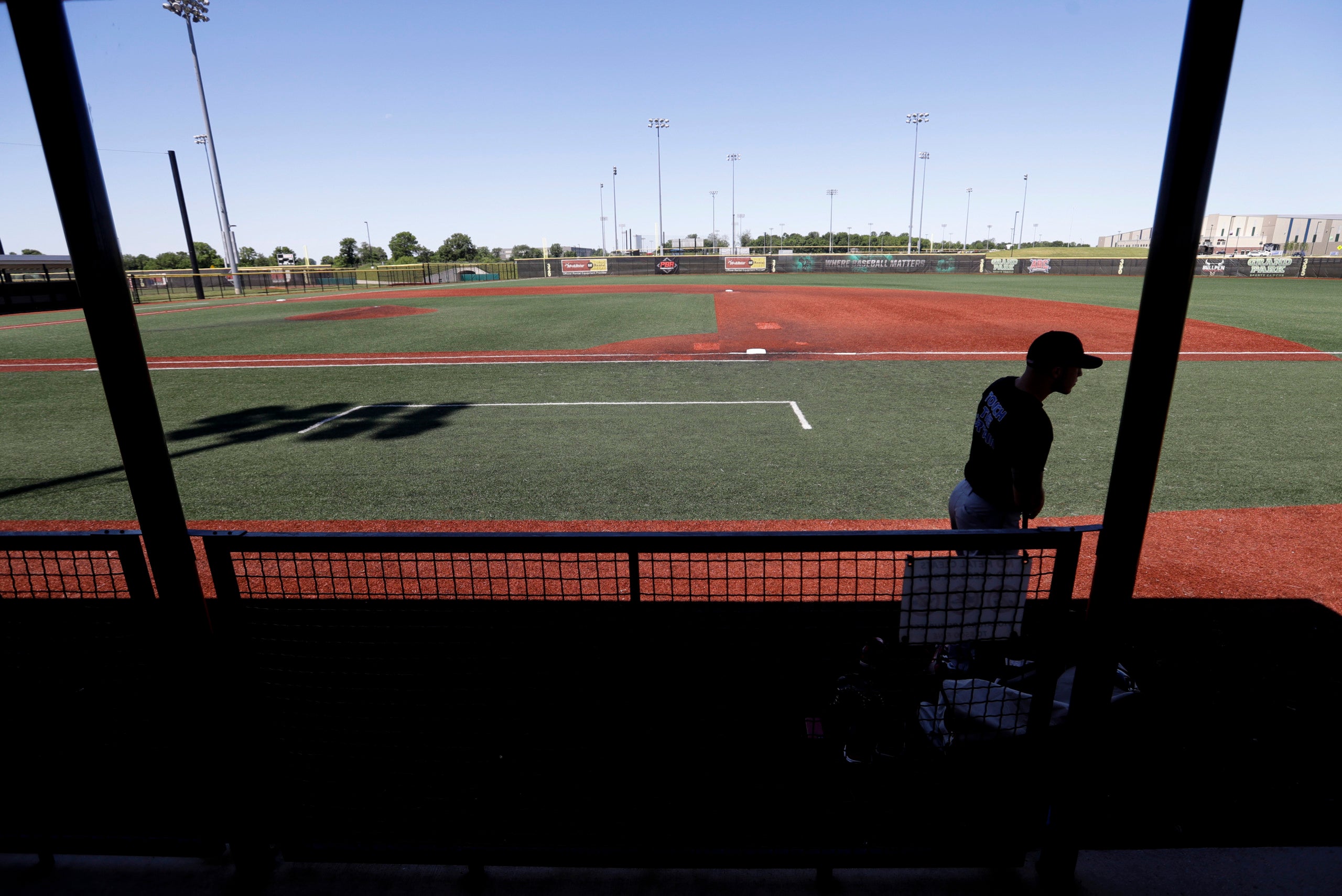 NEW YORK (AP) — Baseball players told Major League Baseball additional talks to start the season during the coronavirus pandemic are pointless and said owners should order a return to work, which likely would spark lengthy litigation and the sport’s return to labor wars.

The union’s action Saturday night could lead to a season of about 50 games rather than the 82 initially proposed by MLB. The Major League Baseball Players Association could respond by filing a grievance that would be heard by arbitrator Mark Irvings, arguing players are owed hundreds of millions of dollars in damages due to a shorter season.

“It unfortunately appears that further dialogue with the league would be futile,” union head Tony Clark said in a statement. “It’s time to get back to work. Tell us when and where.”

There was no immediate response from MLB.

While the NBA, NHL and MLS have figured out deals to return in this summer of the coronavirus, baseball has descended into the fractious labor strife that led to eight work stoppages from 1972-95. The union has seethed followed a collective bargaining agreement in late 2016 that led to relatively flat salaries for five straight years, an unsuccessful grievance accusing the Chicago Cubs of manipulating third baseman Kris Bryant’s service time to delay his eligibility for free agency and a grievance accusing teams of improperly using revenue sharing proceeds, a process the union calls “tanking.”

“Given your continued insistence on hundreds of millions of dollars of additional pay reductions, we assume these negotiations are at an end,” union chief negotiator Bruce Meyer wrote in a letter to Deputy Commissioner Dan Halem on Saturday that was obtained by The Associated Press. “If it is your intention to unilaterally impose a season, we again request that you inform us and our members of how many games you intend to play and when and where players should report. It is unfair to leave players and the fans hanging at this point, and further delay risks compromising health and safety. We demand that you inform us of your plans by close of business on Monday.”

Players and MLB agreed to a deal March 26 calling for prorated salaries, a deal that included $170 million in salary advances and a guarantee of service time for 2020 even if no games are played.

That deal gave baseball Commissioner Rob Manfred the right to start the season provided there were no travel restrictions and games could be played before fans in regular-season ballparks. It called for “good faith” negotiations to play in empty ballparks or neutral sites.

Players insist they should not have to accept additional cuts.

“The solidarity of the players has never been more concentrated in years,” said Scott Boras, baseball’s most high-profile agent, who has three clients on the union’s eight-man executive subcommittee.

MLB made three economic offers, the last Friday, and the union proposed two. The executive subcommittee held a call Saturday followed by a larger group of about 100 players, including the full executive committee and others.

The sides remain far apart on how much players should get of the $4 billion in salaries they originally were set to earn: MLB has offered to guarantee $1.27 billion and increase the total to $1.45 billion if the postseason is completed. Players want $2.25 billion.

“Players want to play. It’s who we are and what we do,” Clark said. “Since March, the association has made it clear that our No. 1 focus is playing the fullest season possible, as soon as possible, as safely as possible. Players agreed to billions in monetary concessions as a means to that end, and in the face of repeated media leaks and misdirection we made additional proposals to inject new revenues into the industry — proposals that would benefit the owners, players, broadcast partners, and fans alike. It’s now become apparent that these efforts have fallen upon deaf ears.”

Owners must now decide whether to go ahead with a shortened schedule, of perhaps 48 or 50 games. A 50-game regular season at prorated salaries would total $1.23 billion, leaving the union to claim about $1 billion plus interest in damages should the case continue to a decision and players prevail.

The sides’ March agreement stated “each of the parties shall work in good faith to as soon as is practicable commence, play, and complete the fullest 2020 championship season and post-season that is economically feasible” consistent with the other provisions.

“In recent days, owners have decried the supposed unprofitability of owning a baseball team and the Commissioner has repeatedly threatened to schedule a dramatically shortened season unless players agree to hundreds of millions in further concessions,” Clark said. “Our response has been consistent that such concessions are unwarranted, would be fundamentally unfair to players, and that our sport deserves the fullest 2020 season possible. These remain our positions today, particularly in light of new reports regarding MLB’s national television rights — information we requested from the league weeks ago but were never provided.”

Players contend teams’ financial accounts don’t reflect income they gain from regional sports networks, real estate projects surrounding ballpark developments and such below-the-line business such as the sale of equity in BAM Tech to The Walt Disney Co. and the NHL.

The New York Post reported Saturday that MLB and Turner were closing in on an agreement for rights starting in 2022, the season after Turner’s current contract expires for one League Championship Series and a package of Sunday regular-season broadcasts in the season’s second half.

“We have fulfilled any obligation to ‘discuss’ with you the economic feasibility of playing games without fans,” Meyer wrote.

He accused Halem of “underhanded tactics to circumvent the union” and said “your approach has been one delay tactic after another.”

Meyer criticized MLB’s opening economic discussion in May 12, which claimed teams would lose $640,000 for each additional regular-season game played.

“Your own self-serving slide presentation showed that the league as a whole will lose significantly less money playing a season than not playing a season, and Rob admitted this in response to a direct question,” Halem wrote. “With respect to other assertions in the presentation, we found it incomplete, unclear and unpersuasive and requested information that would allow us to verify it. Your eventual response was completely inadequate.”

“For example, we still have never received unredacted RSN and national TV contracts or sponsorship agreements, the details of ongoing discussions with TV networks and sponsors, or projections of the value of any expanded playoffs,” Meyer wrote.