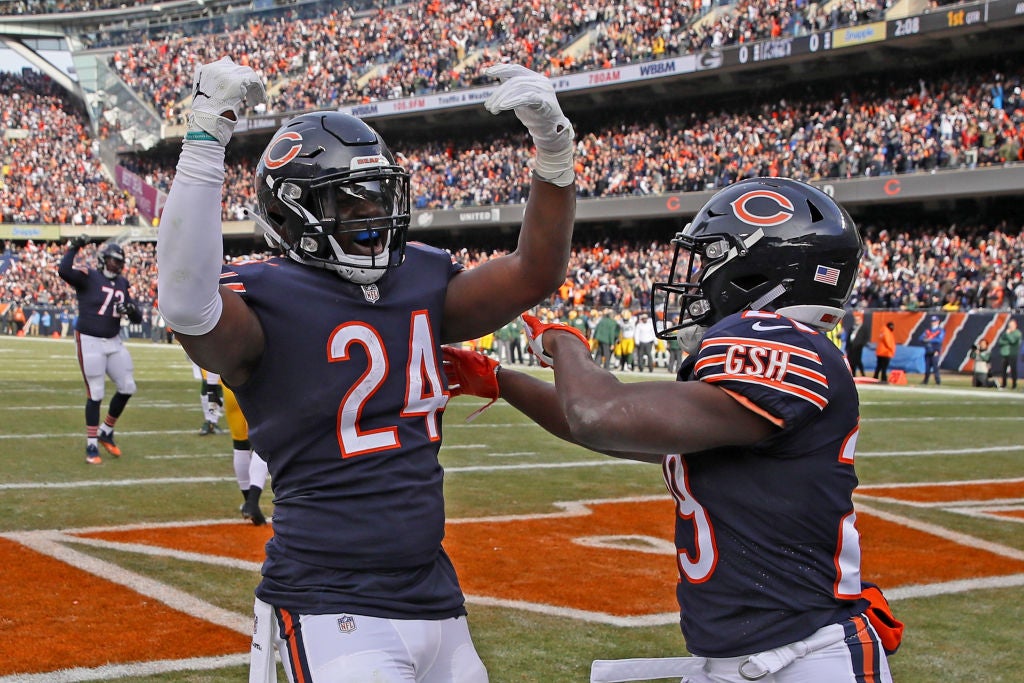 The Chicago Bears are headed to the playoffs for the first time since 2010, and they’ll go into the postseason as champions of the NFL North Division.

The Bears accomplished both of those goals by beating the Packers 24-17 Sunday at Soldier Field. It was a sweet victory especially for the players on the Bears who have been around for a few years and who have experienced the rough times.

3-11, no wait hold on what were we 3-13, 5-11?” said defensive tackle Akiem Hicks trying to recall the Bears’ records the last two years. ‘It ain’t no fun when the rabbit got the gun. It’s just a great feeling.”

“I’ve never beat the Packers at home,” said offensive tackle Charles Leno Jr. who’s in his fifth season with the Bears. “I’ve never had a winning season. I’ve been through some dark days here and this is one of the greatest days of my life time.”

“What we went through last year not winning any division games, so I would like to say we came from the bottom and we finally got to the top now,” said running back Tarik Cohen.

That fact that the Bears clinched the division by beating their number one nemesis Aaron Rodgers makes the feeling that much sweeter, especially after what Rodgers did to the Bears in their season opener at Lambeau Field when he rallied the Packers to a victory by throwing three fourth quarter touchdown passes.

“I’m sure some of the guys had that first game in the back of their head when Aaron brought them back, but I think the pressure and the experience we had over the season I really believe that helped us become successful,” said cornerback Prince Amukamara.

While this game Sunday marked the end of the race for the division championship there’s a feeling that this Bears team is only beginning to show what it can do.

“We’re rolling and we’re peaking at the right time,” said linebacker Danny Trevathan. “Heading into the playoffs this is when we need to peak and play our best ball.”

“It’s a great feeling, great feeling. Pretty self-explanatory,” said linebacker Khalil Mack. “When you think about the situation. You just want to keep this feeling going.”

“You look back and you kind of appreciate where you’re at, but we’ve still got a long ways to go,” said Mitch Trubisky. “We want to keep building, keep getting better.”

While two major goals were accomplished Sunday, head coach Matt Nagy says there are more to shoot for. “They (the players) know that we’re not finished, that we want to continue to keep doing what we’re doing and not be satisfied and content with this.”