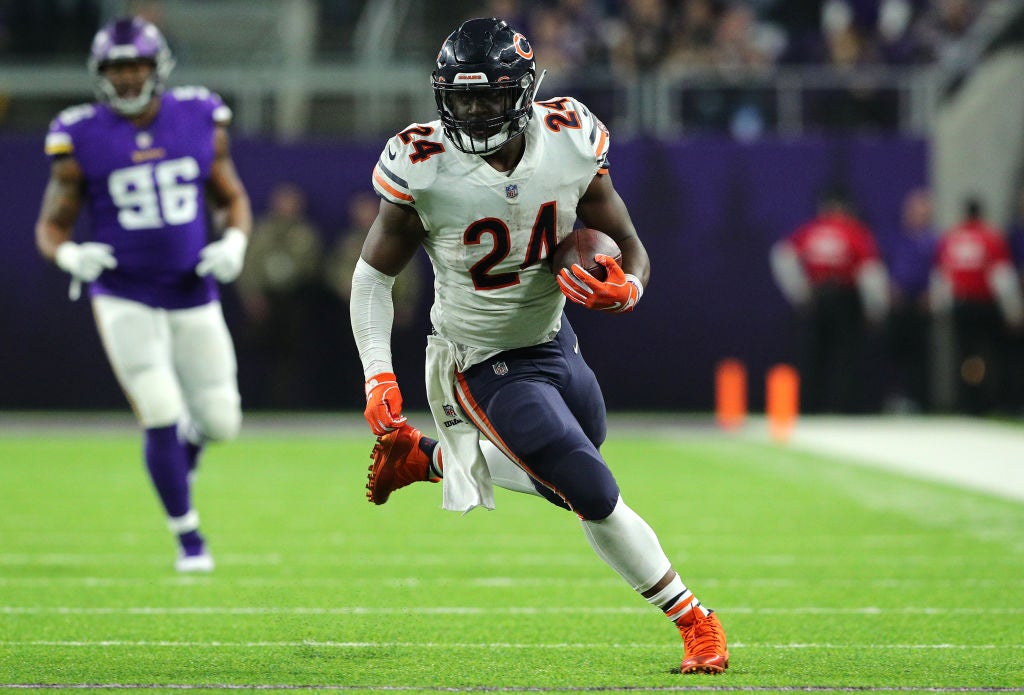 The Bears are heading into the playoffs with a load of confidence and momentum. They won their fourth straight game Sunday and they did it in one of the NFL’s toughest environments U.S. Bank Stadium in Minneapolis beating the Vikings 24-10.

The victory clinches the third seed in the NFC in the playoffs for the Bears and a home game next weekend against the  Philadelphia Eagles. The Vikings miss out on the playoffs with a record of 8-7-1.

The Bears won again with dominant play by the defense. The Bears held the Vikings to 164 yards of total offense. The Bears sacked Kirk Cousins four times.  Akiem Hicks led the sack-attack with 1.5 sacks. Leonard Floyd had eight tackles.

On offense the Bears established their run game early. Jordan Howard scored two short rushing touchdowns in the first half. He finished the game with 109 yards on 21 carries. The Bears added a third touchdown in the fourth quarter on a three yard touchdown run by Tarik Cohen. They followed that up with another play from Matt Nagy’s bag of tricks. Mitch Trubisky threw a two-point conversion pass to linebacker Nick Kwiatkowski putting the Bears up 21-10.

Cody Parkey added a 42 yard field goal with 4:25 remaining to closeout the scoring.

The downside for the Bears was receivers Anthony Miller and Taylor Gabriel both left the game with shoulder injuries. It’s unknown how serious those injuries are. The Bears were already without receiver Allen Robinson Jr. He sat out the game with injured ribs.

The Bears also sweep the season series with the Vikings and they finish up 5-1 against NFC North opponents. Their only loss within the division was the season opener in Green Bay a narrow 24-23 defeat.