Behind the microphone at Super Bowl Radio Row 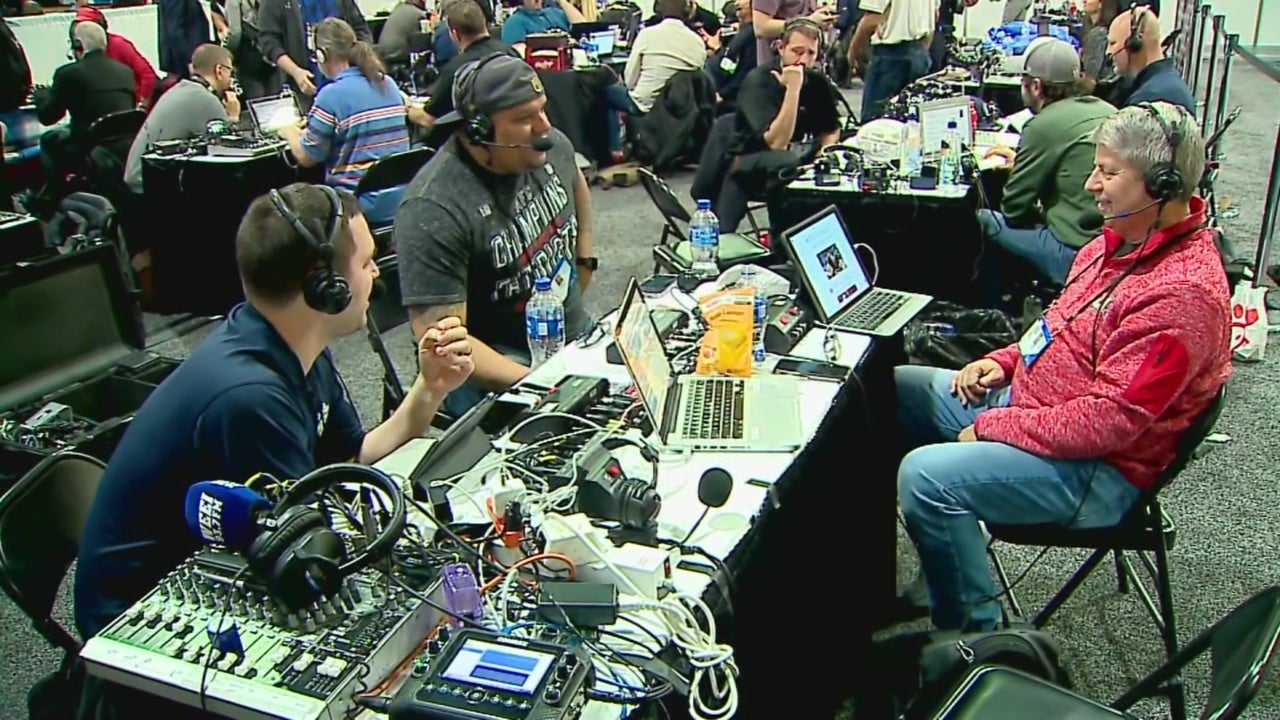 The biggest game in football will take center stage on Sunday at Mercedes-Benz Stadium, and one of the biggest attractions leading up to the big game is Radio Row.

It’s a sight to see: over 200 stations in one room in the Georgia World Congress Center, all talking about Super Bowl 53.

“You walk into Radio Row, you never know who you’re going to run into where you go, ‘Wow, I can’t believe they’re here,’” said Mike Golic, ESPN Radio personality.

The current stars at Radio Row are players like Patrick Mahomes and Alvin Kamara, as well as all-time great Jerry Rice.

“Incredible to see how this game has grown. Super Bowl 13 we flew in on Wednesday, we played the game, it was a big game, but just like another game,” said Dungy. “Now, 40 years later it’s just incredible how it’s grown.”

It’s former players like Holmes who add to the hype on the Row.

“I’m more so getting the questions in stares of amazement that ‘Santonio Holmes is actually walking past me’ and ‘I remember that catch 10 years ago and to see him here at radio row answering these questions,’” he explained.

This year, even Nexstar Nation is front and center.

“Nexstar Nation has made the most emphatic entrance on to Radio Row. We are here in full force doing a live stream every single solitary day leading up to the Big Game,” said J.B. Biunno, Member of Nexstar Radio Row Digital Team.

Two more Big Game Bound shows are lined up for this weekend. Tune in on The Big Game page at 1:00 p.m. on Saturday and Sunday.