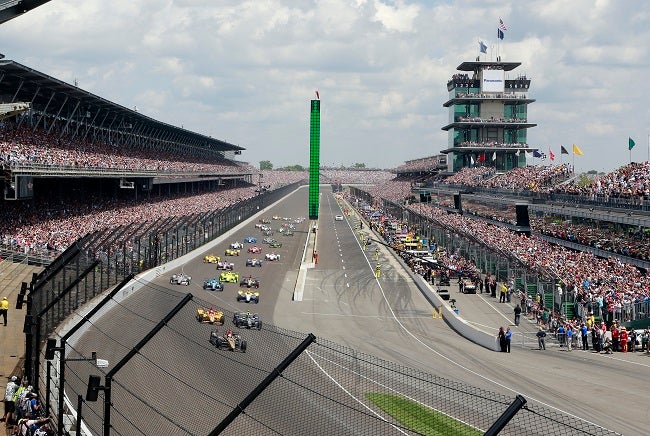 FILE - In this May 29, 2016, file photo, James Hinchcliffe, of Canada, leads the field into the first turn on the start of the 100th running of the Indianapolis 500 auto race at Indianapolis Motor Speedway in Indianapolis. Indianapolis Motor Speedway president Doug Boles had a very real fear following last year's 100th edition of the Indy 500: That many in the record-setting crowd packing his track last May would decide to be "101 and done." Instead, the milestone appears to have given the Greatest Spectacle in Racing a lasting bump heading into next weekend's running. (AP Photo/R Brent Smith, File)
by: Staff Reports
Posted: Feb 14, 2020 / 01:34 PM EST / Updated: Feb 14, 2020 / 01:34 PM EST

The reveal was announced exactly 100 days from the big race.

The event purse will now be the largest in the event’s history with more than $15 million. Changes are also coming to qualifying weekend.

“I am very excited about the enhancements to qualifying weekend, the largest-ever ‘500’ purse, new sponsors and the significant investments we are making to the INDYCAR SERIES and to the Indianapolis Motor Speedway,” said Roger Penske.

According to officials, the Last Row Shootout will expand to 75 minutes and speeds will be boosted with an increase in horsepower by 45 HP.

Additionally, millions of dollars will be invested in fan experience. With those investments come technology upgrades, including large video boards, monitors and an IMS Media Wall, as well as improvements to infrastructure. Pedestrian lanes are being widened and more than 100 restrooms are being renovated. The fan experience investments will be completed before the gates open for the Month of May on May 8, track officials said.

You can see a more detailed plan here.