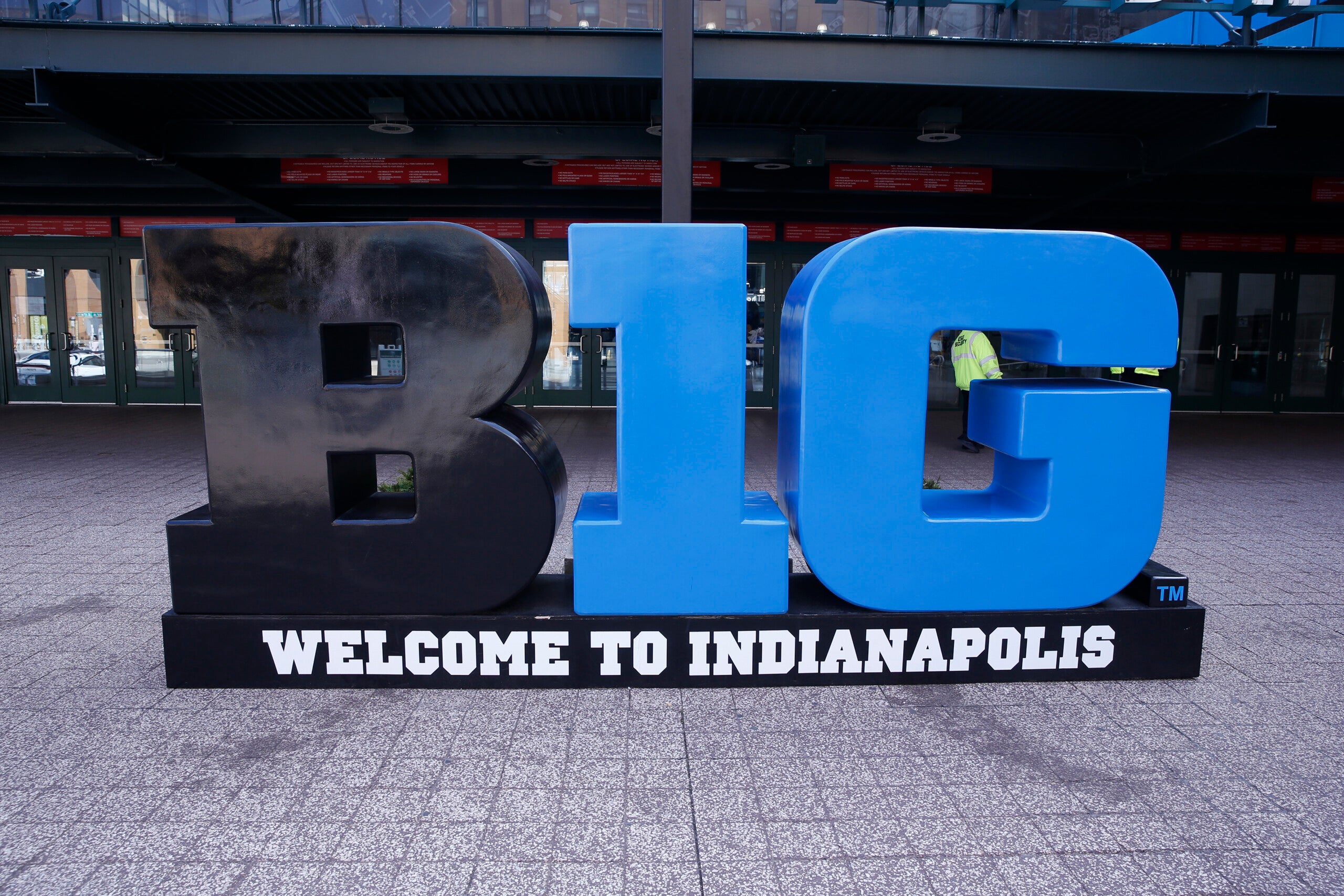 The Big Ten Conference logo is displayed outside of Bankers Life Fieldhouse after the Big Ten Conference canceled the men's basketball Big Ten Tournament due to concerns over COVID-19 on March 12, 2020, in Indianapolis, IN. (Photo by Jeffrey Brown/Icon Sportswire via Getty Images)
by: Staff Reports
Posted: Nov 18, 2020 / 05:39 PM EST / Updated: Nov 18, 2020 / 08:33 PM EST

Purdue will host its first game Dec. 16 against Ohio State. The Boilermakers said Tuesday it will have no fans as it begins its basketball season.

Indiana University will host its first game Dec. 23 against Northwestern. IU said Tuesday it will have no fans at games all season.

Each school may also play up to seven nonconference games.

A news release from the conference did not indicate whether any fans will be allowed to attend games, but said more games than ever will be broadcast on the conference’s television network, including four on Dec. 25. The Christmas Day games include Maryland at Purdue.

The Big Ten Men’s Basketball Tournament will be played March 10-14 at the United Center in Chicago.

The teams will follow medical protocols that include daily antigen testing, enhanced cardiac screening, and an enhanced data-driven approach when making decisions about practices and competitions.

Here is the entire schedule: