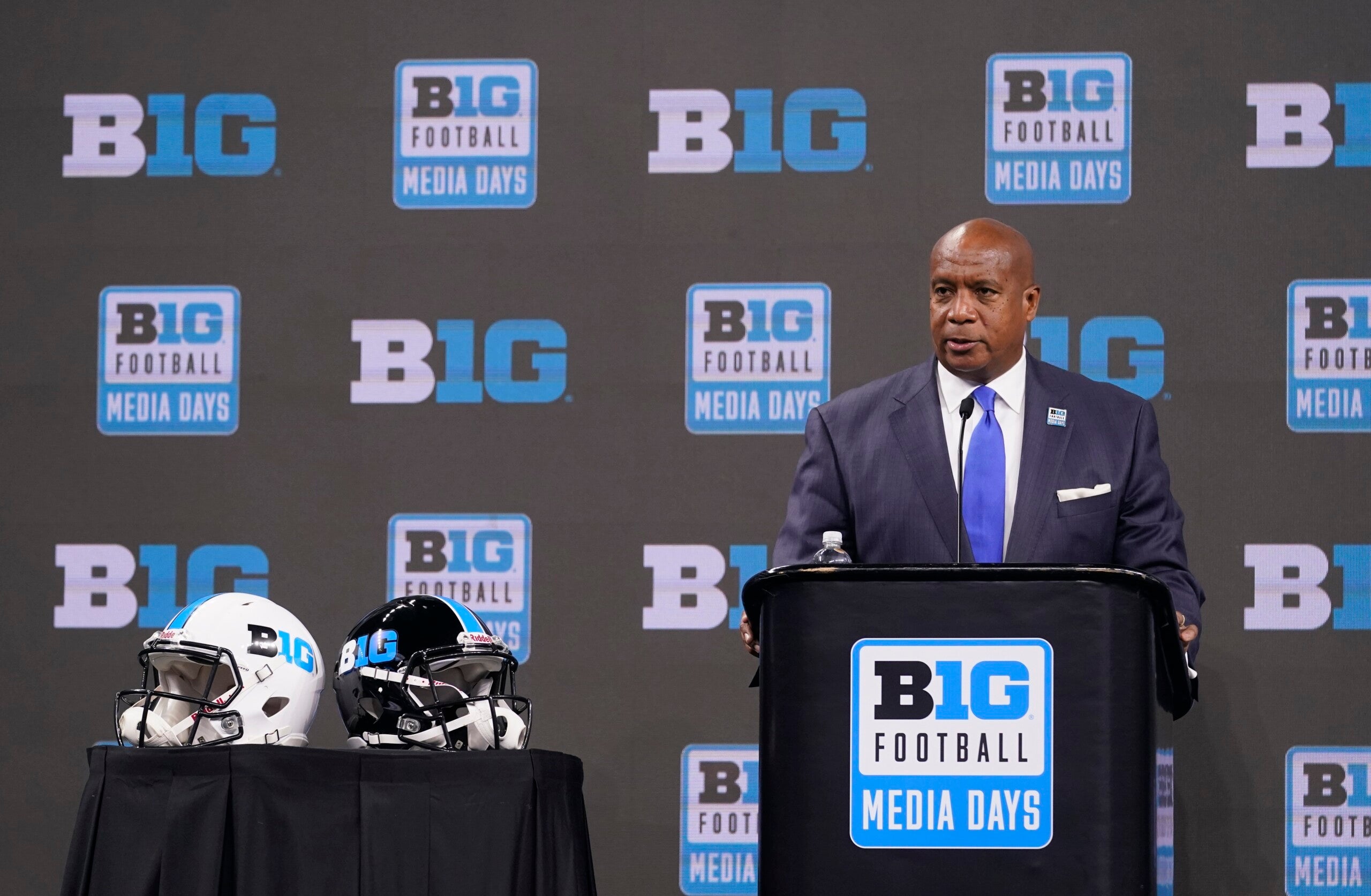 INDIANAPOLIS (AP) — Big Ten Commissioner Kevin Warren talked Tuesday about the conference being bold and aggressive as college sports goes through a period of sweeping change and left the door open for more expansion after the league added Southern California and UCLA.

Warren’s opening remarks to begin Big Ten football media days went nearly 15 minutes before he directly mentioned the two Los Angeles schools that announced last month they will be joining the conference in 2024.

“Regarding expansion, I get asked every single day what’s next? It may include future expansion,” Warren said. “We will not expand just to expand. It will be strategic. It will add additional value to our conference.”

He added: “We are in a perpetual state of evaluating what’s next for college athletics.”

Warren also said the Big Ten is in the process of finalizing a new media rights deal that will go into effect next year, with an announcement expected “sooner rather than later.” He dodged questions about what it could be worth to the conference but some projections have the Big Ten in position to pay out about $100 million in revenue annually to its schools in the coming years.

He did say USC and UCLA will enter the conference as full members with regards to revenue sharing. In previous expansions with Nebraska, Rutgers and Maryland, the incoming members received partial shares of revenue at first.

The West Coast additions will make the Big Ten a coast-to-coast conference. For football coaches, the prospect of making long road trips was not much of a concern compared to the benefits USC and UCLA bring.

Just a year ago at the first in-person Big Ten media days hosted by Warren as commissioner, the SEC dominated headlines with news that Texas and Oklahoma would be leaving the Big 12 for the Southern superconference.

“I thought it was a very smart move for our league to get out in front of any changes that might be happening around the country,” Nebraska coach Scott Frost said.

Minnesota coach P.J. Fleck summed it up succinctly: “L.A.! Are you kidding me? That’s perfect.”

Warren reminisced about the days when his family would shop from a Sears, Roebuck and Co. catalog and the company’s long history in and around Chicago. The third-year commissioner, who received plenty of criticism of the Big Ten’s handling of the 2020 pandemic season, said he would not let the conference become an outdated business like Sears.

“Where expansion goes, I don’t know,” he said. “It is important for all of us in business to recognize that were in a time of change. I’m embracing change. I’m going to be very aggressive.”