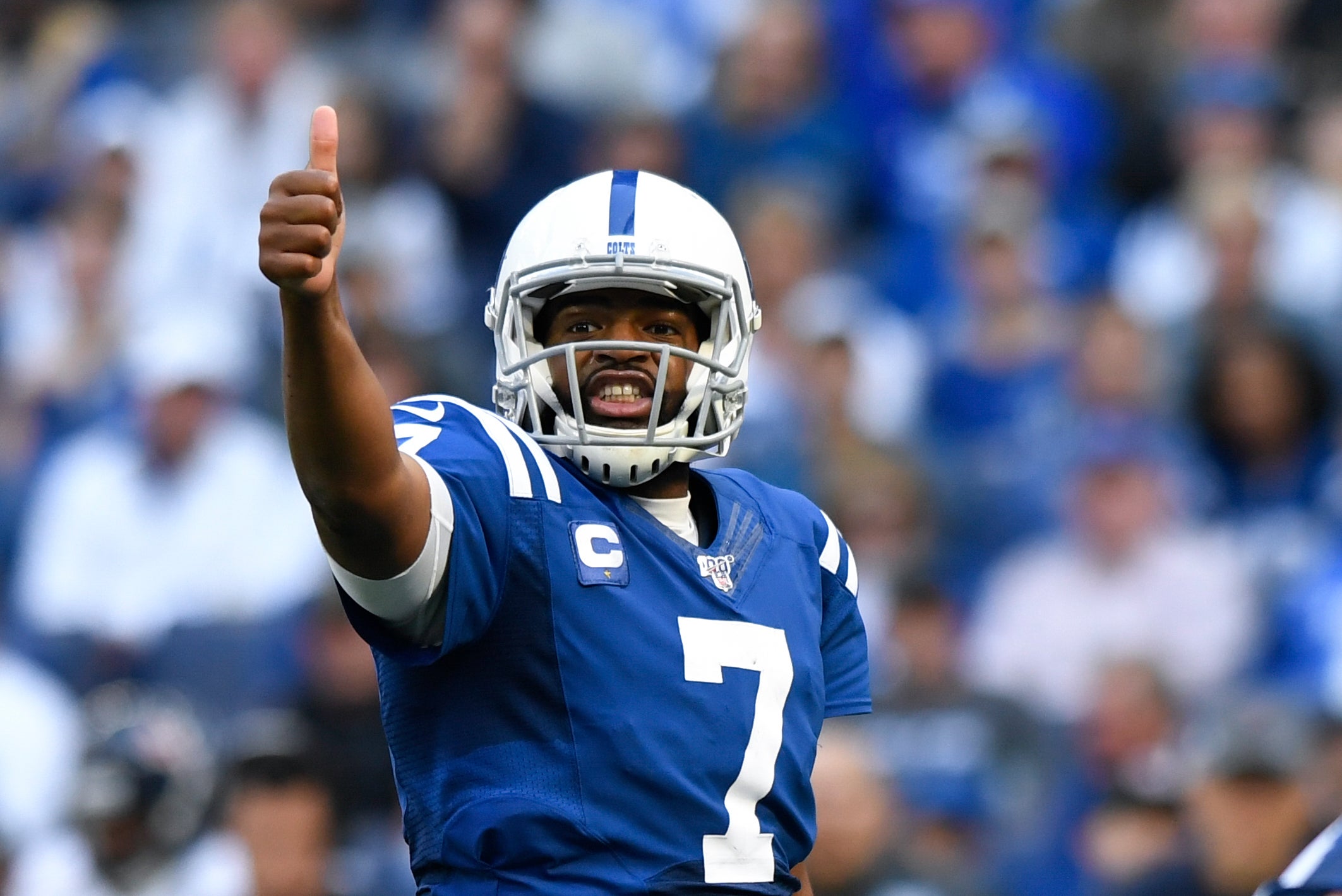 On Sunday, he showed everyone else what the team knew all along.

With Indy’s suddenly strong running game essentially grounded, Brissett shouldered the burden by throwing for 326 yards and a career-high four touchdowns to lead the Colts past Houston 30-23 to retake the AFC South lead.

“It just says he’s legit, he’s the man,” coach Frank Reich. “We believed that from Day One and we’ve never wavered in our conviction or our faith in Jacoby. But he knows he’s still got to prove it. He’s still got to make plays to win this game and he did that today.”

Brissett was masterful with the exception of a dropped snap the Texans (4-3) recovered at the Colts 4.

He finished 26 of 39 with six of the incompletions being throwaways. He had a career best passing total, a career best passer rating (126.7), endured only one sack and had the perfect counterpunch each time Houston fought its way back into contention.

The Colts (4-2) have now won two straight overall and three straight in the series.

“It just makes us more balanced and I think that’s what we proved today — that we can throw the ball,” Brissett said. “It was just a great day for us as a whole.”

And it only added to the Texans’ misery.

They were held to field goals on three red-zone trips in the first half, had to contend with a rare “in the grasp” call that took one touchdown off the board, an overturned replay review that put another one on the board for Indy and a plethora of penalties that Brissett used to his advantage.

“I’m not going to answer any officiating questions,” Texans coach Bill O’Brien said twice after Houston was called for 10 penalties.

Then there was the fourth quarter.

Houston (4-3) started it by failing to convert a second fourth-and-1 attempt, and Deshaun Watson threw an interception on the Texans next series before Darius Leonard sealed the win by picking off a tipped ball with 26 seconds left.

Watson was 23 of 34 with 308 yards, one touchdown and was sacked three times as the Texans tried to play catch-up.

Brissett started the opening flurry with an 11-yard TD pass to Zach Pascal . He rebounded from the fumbled snap by connecting with T.Y. Hilton on a nifty 2-yard TD pass to make it 14-6 late in the second quarter.

After the Texans made it 14-9, Brissett opened the second half with a 4-yard scoring pass to Eric Ebron, who was originally ruled out of bounds at the end line. But the replay showed he got both feet down to give Indy a 21-9 lead.

Houston cut the deficit to 21-16 on Keke Coutee’s 4-yard scoring run, but Brissett — with the help of three Houston penalties — answered with a 3-yard touchdown pass to Pascal.

Watson made it 28-23 with a 4-yard TD pass to DeAndre Hopkins, but the Texans couldn’t get any closer.

Texans: Hopkins had nine catches for 106 yards. Kenny Stills had four catches for 105 yards. … Carlos Hyde rushed 12 times for 35 yards. … Houston’s streak of consecutive games without allowing a sack ended at two. … The Texans have lost only two of their last seven regular-season division games — both to Indy.

Colts: Pascal had six receptions for 106 yards and Hilton caught six passes for 74 yards. … Marlon Mack rushed 18 times for 44 yards. … Indy has scored at least 23 points in 11 consecutive home games. … The Colts defense has not allowed a 100-yard runner in 24 straight games.

Texans: CB Phillip Gaines was carted off the field with what appeared to be a lower leg injury with 1:49 left. … WR Will Fuller left during Houston’s first series with a hamstring injury and did not return.

Colts: DT Carl Davis did not return after injuring his hamstring in the second half.

Less than 24 hours after the Houston Astros won the American League title, Texans players were showing their support.

Three-time defensive player of the year J.J. Watt arrived wearing a Jose Altuve shirt and on the field a handful of players continued their traditional pregame ritual of playing baseball with the end zone pylon.

“They have a chance at a championship and a chance to do something special,” defensive lineman D.J. Reader said. “It’s exciting. I’m excited for those guys.”

Texans: Return home next Sunday to host Oakland on the final leg of the Raiders extended road trip.

Colts: Will host Denver next Sunday.