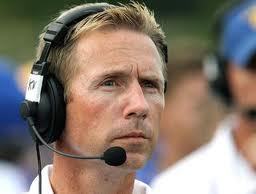 Wright told WISH-TV Sports Director Anthony Calhoun that he was approached by the school and it was an opportunity he and his family couldn’t pass up. IMG Academy is known for coinciding academics and athletics, which was the biggest selling point for him and his family to make the move.

Wright took Carmel to three state title games and won the title in 2011. He also won three straight state championships at Warren Central. Wright told WISH-TV that he will miss Carmel because the people have been so good to him and his family.