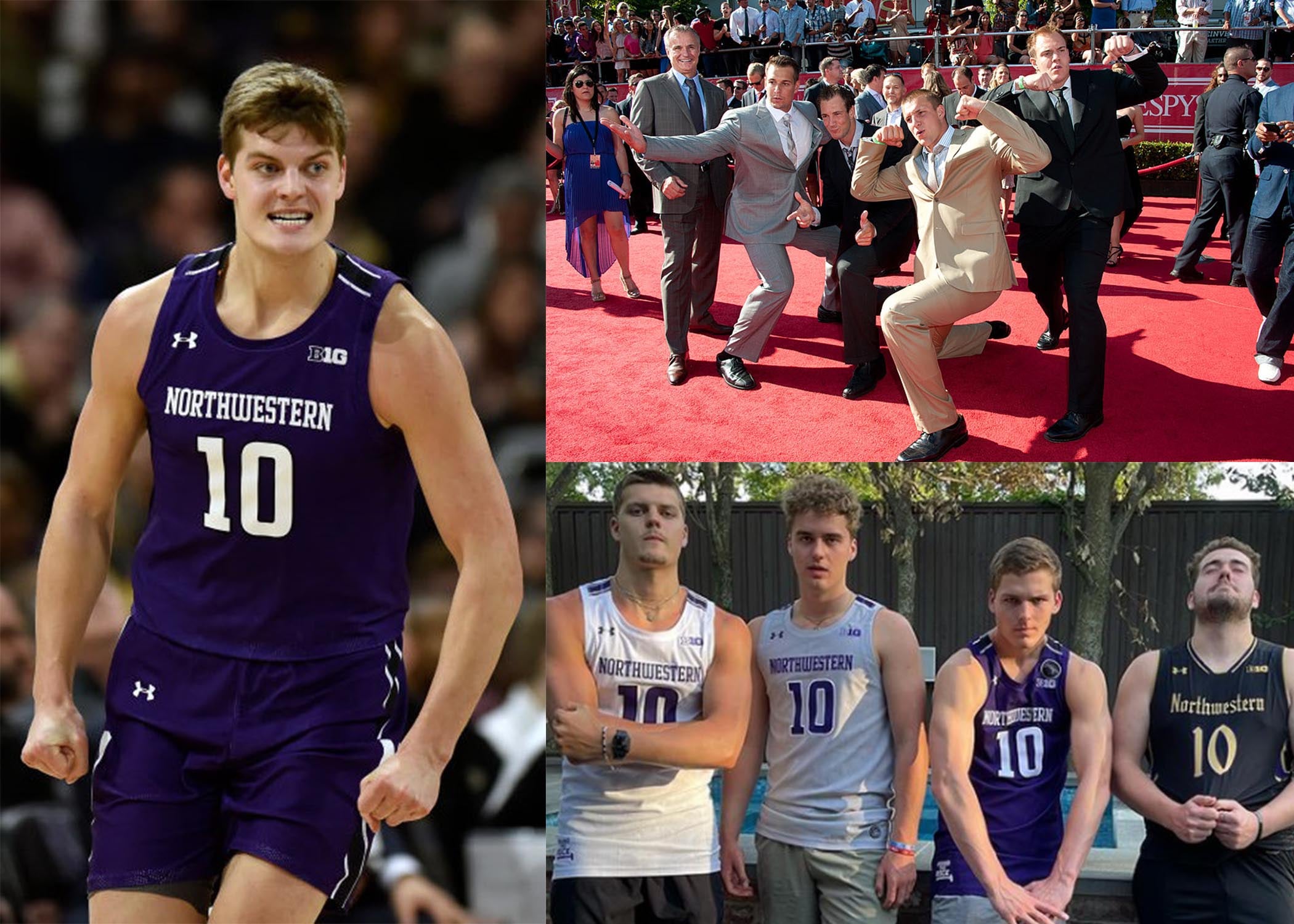 INDIANAPOLIS (WISH) — Northwestern’s most versatile scorer is heading to Bloomington.

Mike Woodson, Indiana University’s men’s basketball coach, on Tuesday added Miller Kopp — a 6-foot-7 and 215-pound forward — to the mix to round out his first Hoosiers roster.

Kopp brings a threat to score on all three levels offensively, particularly from behind the three-point line. Two seasons ago, he posted a 39% clip as a sophomore with the Wildcats, tallying a career best 13.1 points per game. This past season, Kopp scored 11.3 points per game as his usage on offensive took a slight decline.

The Houston native aspires to bring his game to the NBA level, and use the NCAA’s new one-time transfer rule to team up with a coach who has four-plus decades of experience in the pros.

This was a no-brainer.

“One of the first thoughts that I had was he (Woodson) is a superconfident guy,” Kopp told News. “He is super confident in his ability to coach and teach and develop.”

“He is real. He is genuine. He was straight up with me and that is how I like to be. I respected that a lot from him.”

Now that the decision is set, it’s time to get to know the wing who is inbound to Bloomington for his senior season.

***
There is plenty of friendly competition inside the Kopp house.

Dad and mom, Will and Deborah, are avid tennis players, which dates back to Will’s collegiate career at Chattanooga.

Their four sons? The backyard competitions are now playing out at the NCAA Division I level. Four boys. Four full ride scholarships.

“My oldest brother (Braden) played football at Vanderbilt University, my younger brother (Anderson) is a basketball player (Lamar University), and our youngest brother (Maddox) is a quarterback at the University of Houston.”
“Growing up, we always talked about the Gronkowski family and that kind of stuff. The Kopp family rivals that, just give us a couple of years.”

Gronk & Co. you have been warned. The Kopp boys are climbing the ranks.

Behind the scenes, as you may expect, mom is the driving force behind this great story.

“My mom wakes up (between) 5:00 and 5:30 a.m. every morning. When we were in high school, she was cooking up grilled chicken, making sure we had what we needed to get to the (NCAA) Division 1 level.”

Look up any interview question on Kopp during his three seasons at Northwestern, and Chris Collins, the Wildcats men’s basketball coach, never hesitated: Kopp works, works some more, and then finds more work.

At times, Collins had to send his staffers to get Kopp out of the gym.

But, according to Kopp, even his former coaches don’t know a few stories involving his methods inside the gym.

“He (Northwestern Coach Chris Collins) doesn’t know this, no one really knows this,” Kopp said.

“We would have a practice and I would stay at the gym, stay at the (team) facility. We had a meal after practice, everyone left and I was still in the ice bath, getting some recovery in. I ended up just staying at the arena. Just slept on the couches.”

Crash on a couch after practice? Certainly, a badge a proud few around the college basketball world know well.

But this story doesn’t stop there.

“I woke up at 3 a.m. in the morning, couldn’t sleep, so I ended up shooting in the gym. Then I went back to sleep. Then we had practice the next day at like noon.”

From one practice to the next practice, Kopp never left the gym, quietly sneaking in a few naps in between jump shots and wind sprints.

Attention to the Assembly Hall security crew: Kopp is on his way over.

“I love being in the gym, I love working. It is going to be hard to keep me out of the gym.”

What does Kopp’s arrival do for Indiana’s offense?

That remains to be seen but considering that Mike Woodson’s offense prioritizes versatile wings that can score inside and out — this move appears to fill a major void.

“For me, shooting is what I do best, but it isn’t all who I am as a player,” Kopp said. “I think that is what Coach Woodson saw in me. I can do a lot more. But (shooting) is my bread and butter, and it is something I am going to continue to work on.”

“To be the best shooter in the entire country, that is my goal.”

With these credentials Kopp may quickly change the narrative in Bloomington.