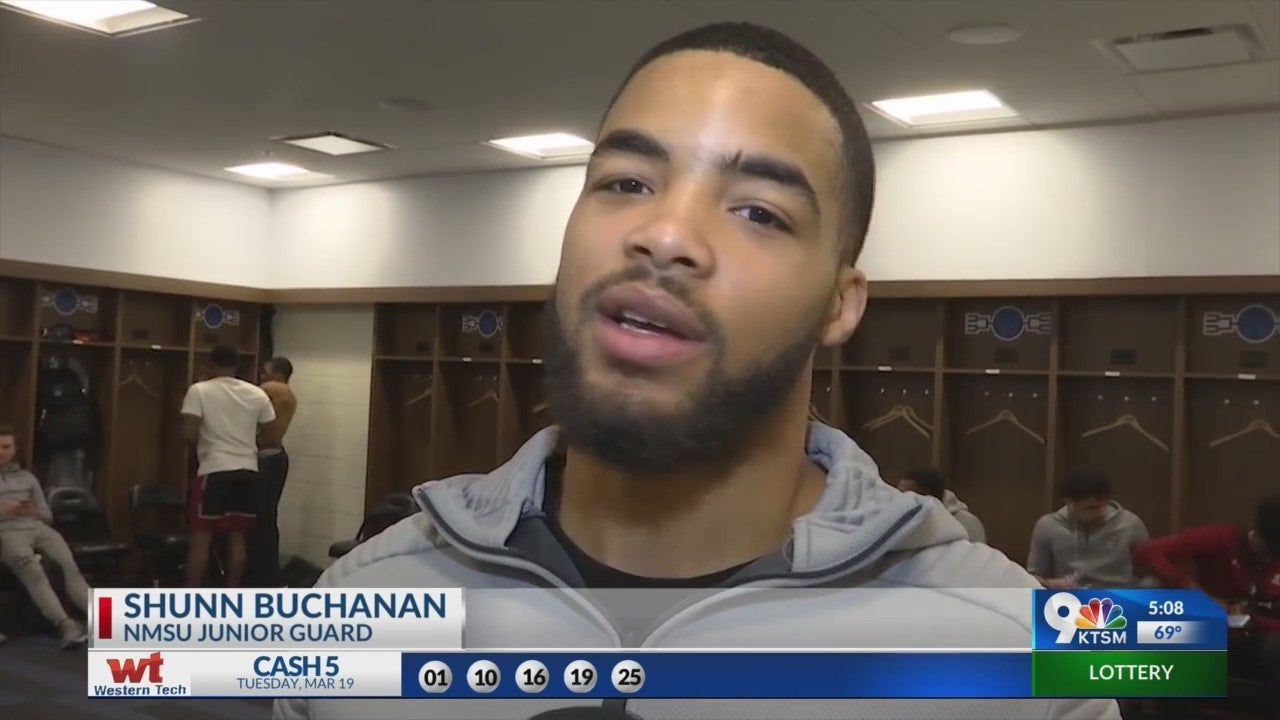 Two brothers hope to pull off upsets in the NCAA tournament — playing for different teams.

As New Mexico State junior guard Shunn Buchanan prepares to compete in Salt Lake City, his older brother Shaq is set to play in Hartford for Murray State.  Like NMSU, Shaq’s team is also a 12-seed in the tournament.

Both brothers are set to play Thursday morning. As you can imagine, they both think it’s pretty cool that they’re dancing.

“It’s just a blessing for me to be here, but to have two people in the same household family, it’s a blessing,” said Shunn. ” I thank my mom for raising us the right way and preparing us to be here in this moment. This week we’ve been talking more than we ever have, just keeping up with each other and telling each other to enjoy the moment and leave everything out there on the court for our team and for our mom.”

Speaking of their mother, she won’t be in Salt Lake City.  She’s decided to make the trip Hartford to cheer on Shaq since it is his senior year.