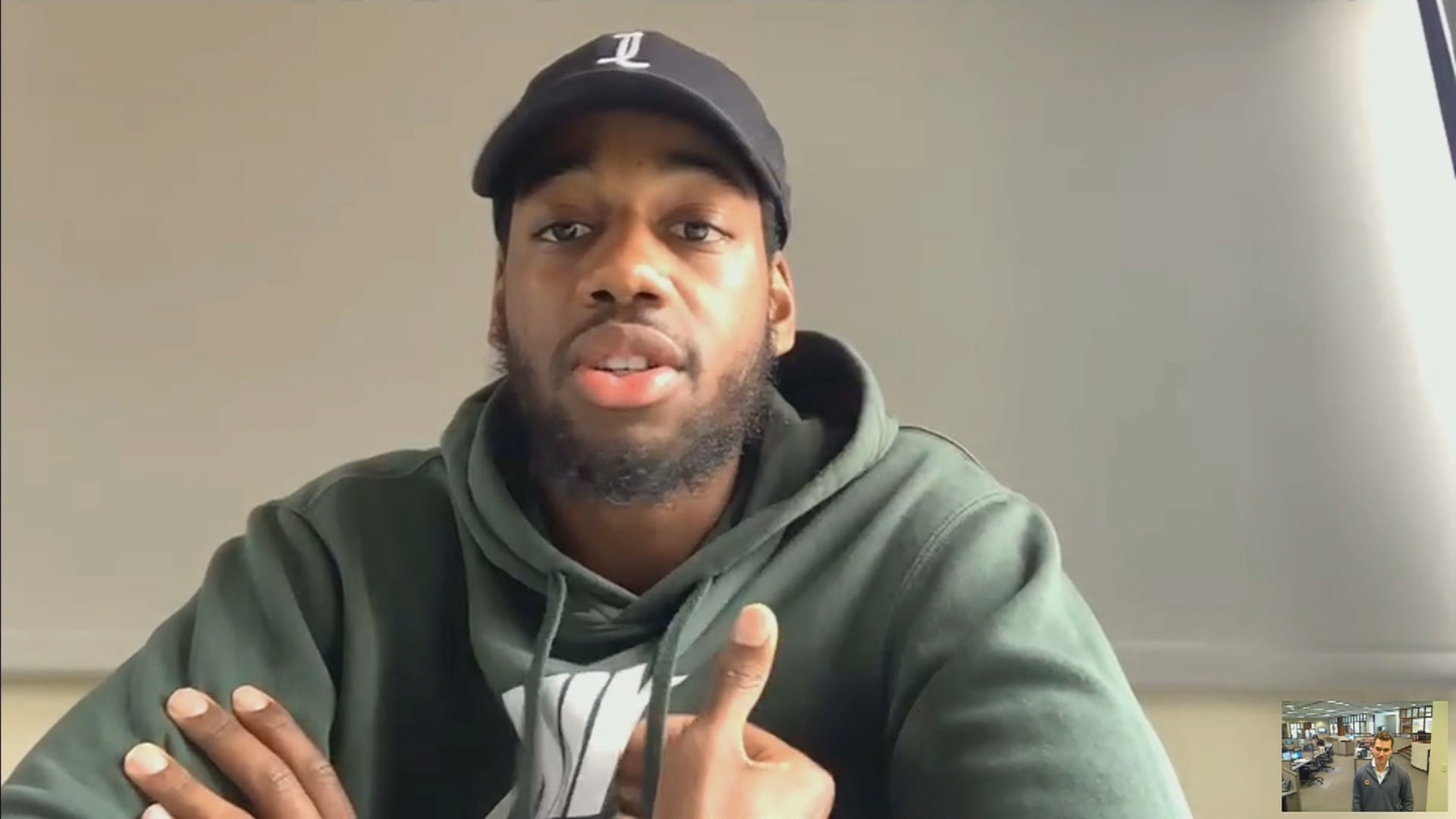 INDIANAPOLIS (WISH) — This past summer, Jordan Loyd made it to basketball’s mountaintop.

Loyd fought for a spot on the Toronto Raptors roster after grinding out his early professional career in the G-League and overseas. Then came an epic cameo in Kawhi Leonard’s game-winning shot during Game 7 of the Eastern Conference Semifinals.

The finale in 2019? An NBA Championship ring. A member of Canada’s greatest professional basketball team ever.

His proudest fans, however, were back at the University of Indianapolis, where Jordan is still drawing up his best plays.

“I just want to do as much as I can and give back to people just like me,” Loyd said via FaceTime from Valencia, Spain. “I had a dream, went to a small school, and now everything seems so grand. I just want to be that guy. You can do (anything) no matter what happens.”

In 2015, ahead of his senior season back at University of Indianapolis, Loyd lost his wingman. Former Greyhound teammate and best friend Dai-Jon Parker was tragically killed in a boating accident just outside of Indianapolis.

In 2020, that special bond is now built into the walls of a new home for the Greyhounds Men’s Basketball team. Jordan’s gift to their old squad — a film room — is complete, just down a hallway from the Hounds’ home floor.

For the first time in team history, the program that has long been labeled a “winner” is enjoying the room.

“He (Parker) is the reason I do what I do today,” Loyd said. “I know if he was here to see the room, he would be amazed. All of the details and work that went in, he would just be truly honored. The fact that I can have his name there, have our jerseys there forever — it is something that will be in my heart and his family’s heart forever.”

This past season, Loyd decided to put his NBA dreams on hold for a chance to play professionally in Spain.

The film room back on campus in Indianapolis isn’t a result of Loyd’s immense wealth. Instead, this an example of Loyd’s intense passion, the characteristic that the Greyhounds fell in love with when Loyd first transferred into the program as an unknown and unproven prospect out of Atlanta.

“I have been in love with UIndy since I set foot on the campus,” Loyd said. “You usually only see (film rooms) at the big schools, but I just think giving back to those guys who are putting in just as much work as anybody else, they deserve it. The program has done a great job, and you just want it to go to the next level.”

It doesn’t take a powerhouse program and a massive budget to make great memories.

The only currency for this is friendship.