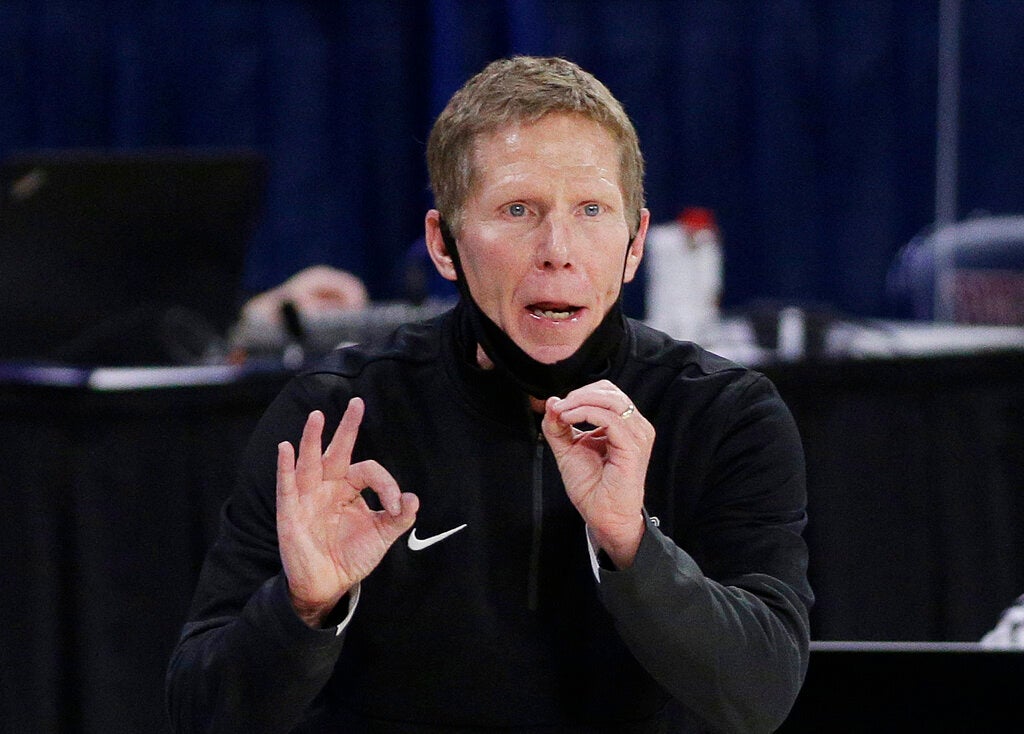 FILE - In this Feb. 25, 2021, file photo, Gonzaga coach Mark Few signals to players during the second half of an NCAA college basketball game against Santa Clara in Spokane, Wash. Few has been cited for driving under the influence. The Coeur d’Alene Press and Spokesman-Review acquired a police report through a public information request that says Few was stopped Monday evening, Sept. 6, after he was “called in as driving erratic and speeding.” (AP Photo/Young Kwak, File)
by: Associated Press
Posted: Sep 8, 2021 / 05:55 AM EST / Updated: Sep 8, 2021 / 05:55 AM EST

COEUR d’ALENE, Idaho (AP) — Gonzaga basketball coach Mark Few has been cited for driving under the influence and said he exhibited “poor judgement” operating a motor vehicle after consuming alcohol.

Few released a statement Tuesday night apologizing for the “hurt caused to those most important to me – my family, my players, and my program.”

Few was stopped Monday evening by Coeur d’Alene police after someone reported that he was driving erratically and speeding.

A police report stated that Few exhibited “several signs of intoxication” and that he refused to complete field sobriety tests. The report says Few provided breath samples of .119 and .120, which is above the legal limit of .08.