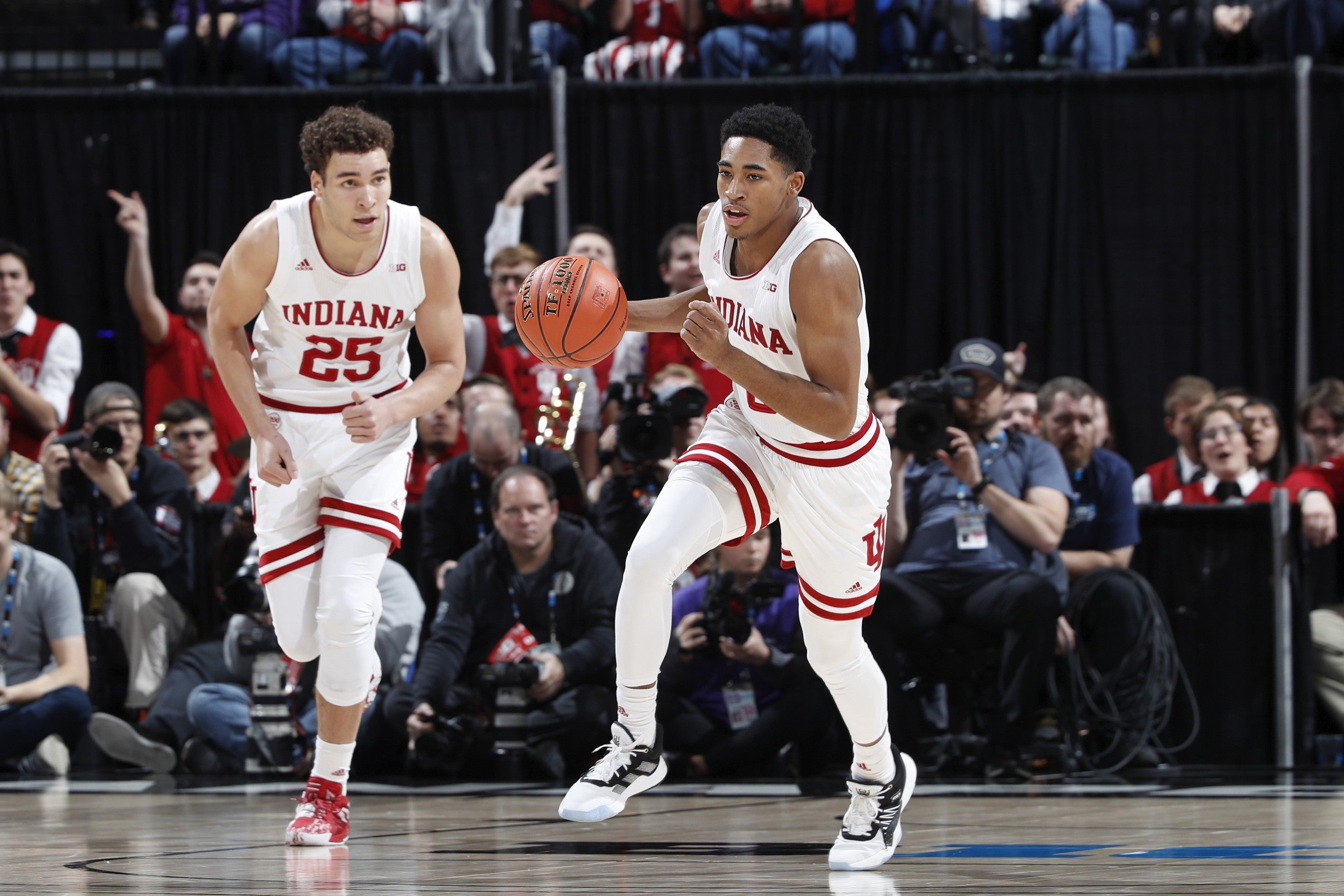 Armaan Franklin of the Indiana Hoosiers dribbles the ball up court alongside Race Thompson during a game against the Nebraska Cornhuskers in the first round of the Big Ten Men's Basketball Tournament at Bankers Life Fieldhouse on March 11, 2020 in Indianapolis, Indiana. (Photo by Joe Robbins/Getty Images)
by: Josh Doering
Posted: Mar 26, 2021 / 03:09 PM EST / Updated: Mar 26, 2021 / 04:25 PM EST

BLOOMINGTON, Ind. (WISH) — A sixth Indiana University men’s basketball player entered the transfer portal on Friday as the team searches for its next head coach.

Guard Khristian Lander, a former five-star prospect from Evansville who reclassified to join the Hoosiers last season, is the latest player to put his name in the portal.

Armaan Franklin, Al Durham, Parker Stewart, Jordan Geronimo and Race Thompson are the other five players currently in the portal.

Stewart did not appear in a game last season after transferring to Indiana from Tennessee Martin. The other five players accounted for 47% of the Hoosiers’ points, 43% of their rebounds and 49% of the team’s assists in 2020-21.

Any player interested in transferring schools must enter the portal, but can remove their name at any time and return to their previous school. The NCAA granted all winter athletes an extra year of eligibility due to the pandemic.

In January, the NCAA Division I Council delayed a vote on a proposed rule change that would allow all student-athletes to transfer once without penalty. There is no timetable on when the vote will take place.