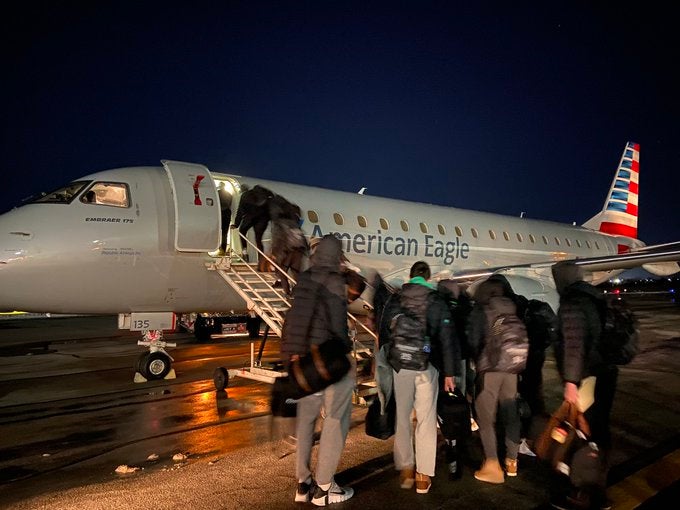 INDIANAPOLIS (WISH) — The Purdue University basketball team as boarding a second flight on Monday night after their first charter plane to a Tuesday game in Maryland had to make an emergency landing in Indianapolis, News 8 has learned.

The team was heading from West Lafayette to Baltimore when the plane experienced mechanical issues.

The game against the Terrapins is scheduled for 6:30 p.m. Tuesday in College Park, Maryland.