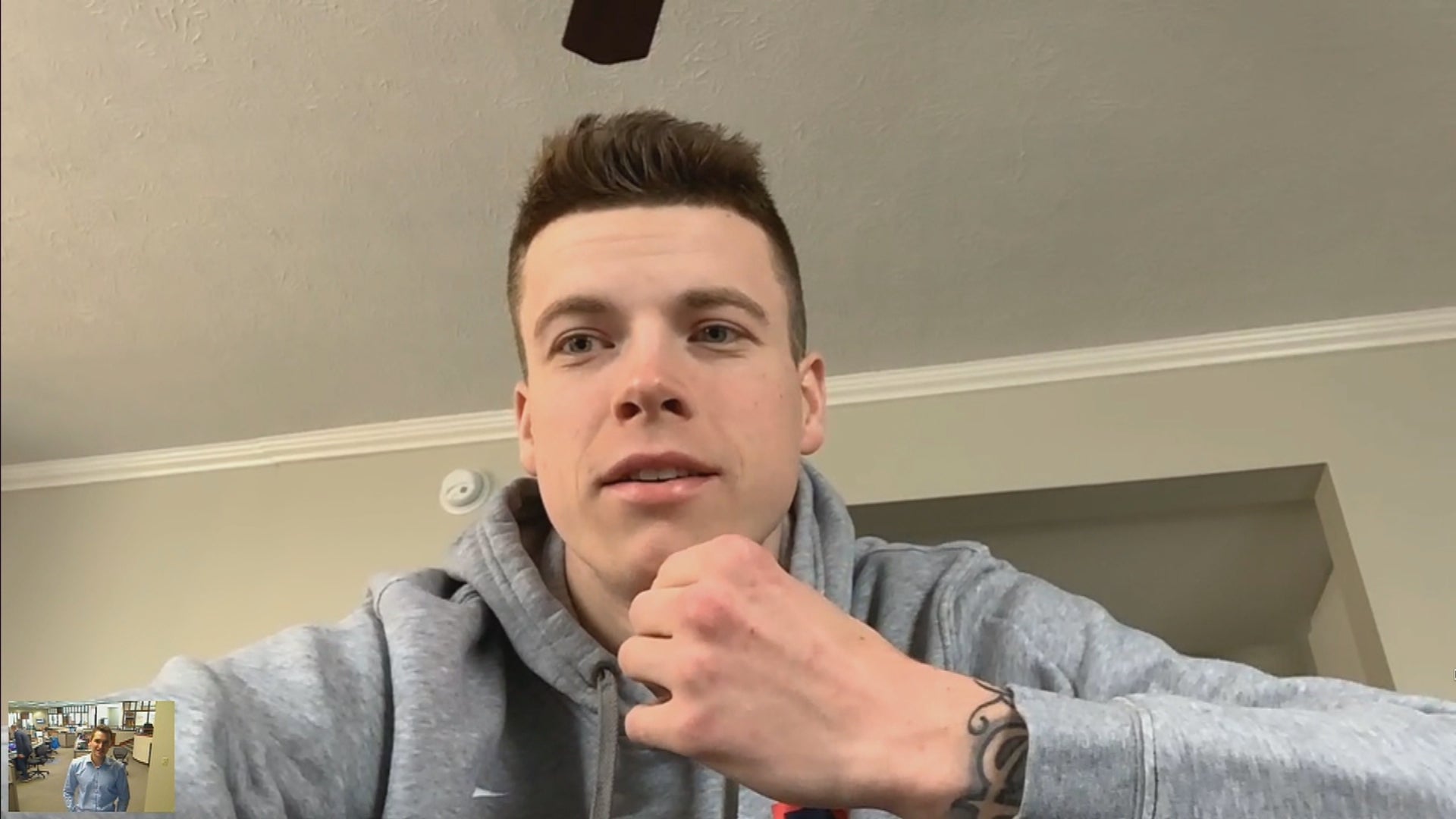 INDIANAPOLIS (WISH) — As the nets stay up across college basketball on what was supposed to a weekend of Sweet 16 and Elite 8 bedlam, the reality of the coronavirus pandemic is setting in.

In the heartland of this impromptu silent March in the basketball world are the Butler University Bulldogs.

“I am still in Indianapolis, just at my off campus house hanging out and really not doing a ton,” Bulldogs senior forward Sean McDermott said. “ I haven’t been able to get into any gyms, just pretty much I just run, do pushups and situps.”

For one of the top sharpshooters in the Big East Conference this past season, the last two weeks were light years from life at Hinkle Fieldhouse.

Butler was the lone team from Indiana with a tight grip on an NCAA men’s basketball tournament invite when the games were canceled.

“We beat DePaul and St. John’s at home and we go on the road to Xavier and he (Baldwin) does it,” McDermott said. “He hits that shot to win it and we are rolling now.”

Riding Baldwin’s hot hand, the Bulldogs already had their ticket to NCAA tournament booked when they traveled to New York City for the Big East Conference Tournament earlier this month. But as they boarded the team bus ahead of their first tilt at Madison Square Garden, everything was taken away. In the blink of an eye, the team walked off the bus and tried to get through a tearful goodbye at the team hotel. The Big East tournament was canceled and players knew the NCAA tournament in all likelihood would be, too.

“I don’t even think the guys could understand what I was saying,” McDermott said. “I just told them that those are my brothers for life. The Kamar-Baldwin embrace was pretty tough. Just a long hug and we said that we got each other for life. We actually went to dinner the next night just to hang out, but, like I said, that is my brother for life.”

Only a few Butler players remained around campus after the school closed its doors last week for the spring semester. Classes are online and the spring commencement ceremony is canceled, but Butler’s basketball fans made different plans and flooded social media with a proper sendoff for the Bulldogs seniors.

“Obviously, it was emotional for everybody but it’s just a little time to reflect on everything as a team,” McDermott said.

“As much as I love basketball, I love and care for people more. So, I hope that is what people take away from my time at Butler. That I was a good role model for kids or any Butler fan for that matter.”

McDermott now chases his professional dreams, hitting the road as a Bulldog for life.