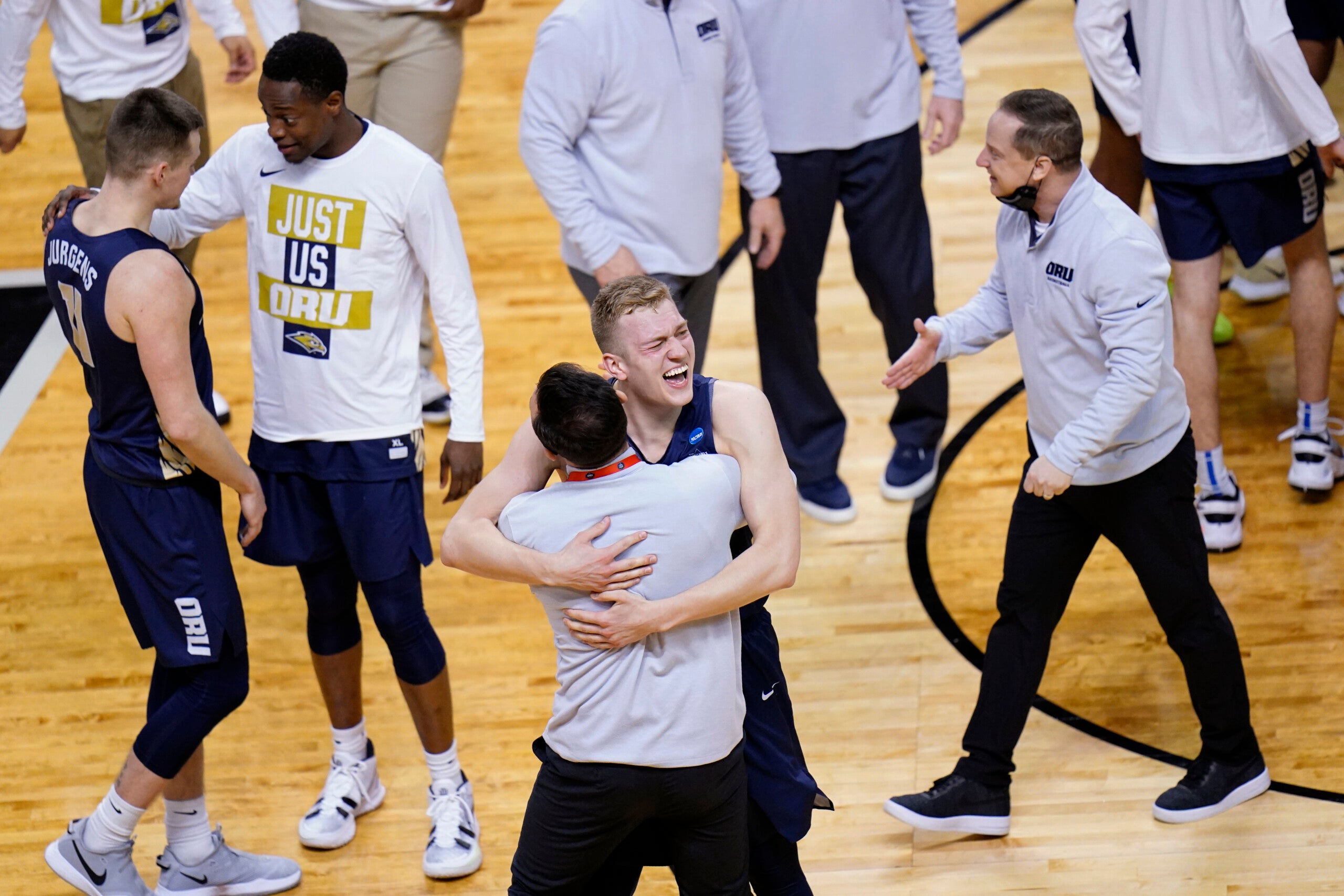 INDIANAPOLIS (AP) — Oral Roberts pulled off yet another upset to become just the second No. 15 seed in NCAA Tournament history to advance to the round of 16 with an 81-78 victory over Florida on Sunday night. No. 7 seed Florida 81-78 on Sunday night.

Kevin Obanor and Max Abams carried the Golden Eagles out of an 11-point deficit to knock off No. 7 seed Florida. Oral Roberts, which opened the tournament with a stunning upset over No. 2 seed Ohio State, will next try to knock off No. 3 seed Arkansas next weekend.

Obanor scored 28 points and Abmas, the regular season national leading scorer, finished with 26 as the Golden Eagles (18-10) closed the game on a 25-11 run to overcome the 11-point lead Florida held with less than 10 minutes remaining.

Oral Roberts joins Florida Gulf Coast — those guys from Dunk City — as the only No. 15 seeds to reach the round of 16 in tournament history.

The Oral Roberts fans inside Indiana Famers Coliseum chanted “Cinderella” during a wild celebration after the victory.

The chance to reach the Sweet 16 was a message hammered home by coach Paul Mills after the opening round victory over Ohio State. If they enjoyed beating the Buckeyes, Mills said, a week reveling in moving onto the next round would be even better.

They’ll get that chance.

Oral Roberts took a 77-76 lead — its first lead since late in the first half — on Obanor’s basket with less than 3 minutes remaining. Noah Locke answered for the Gators, but DeShang Weaver, who missed his first five shots, hit an open 3-pointer for an 80-78 lead with 2:08 remaining.

Florida had chance but failed to get good shots on its final few possessions. The Gators had a pair of turnovers, Locke missed a corner 3-pointer and after Obanor split free throws, difficult 3-point attempts by Tre Mann and Scottie Lewis were off line.

Mann led the Gators (15-10) with 19 points, but went quiet late in the second half, failing to score over the final 17 minutes.