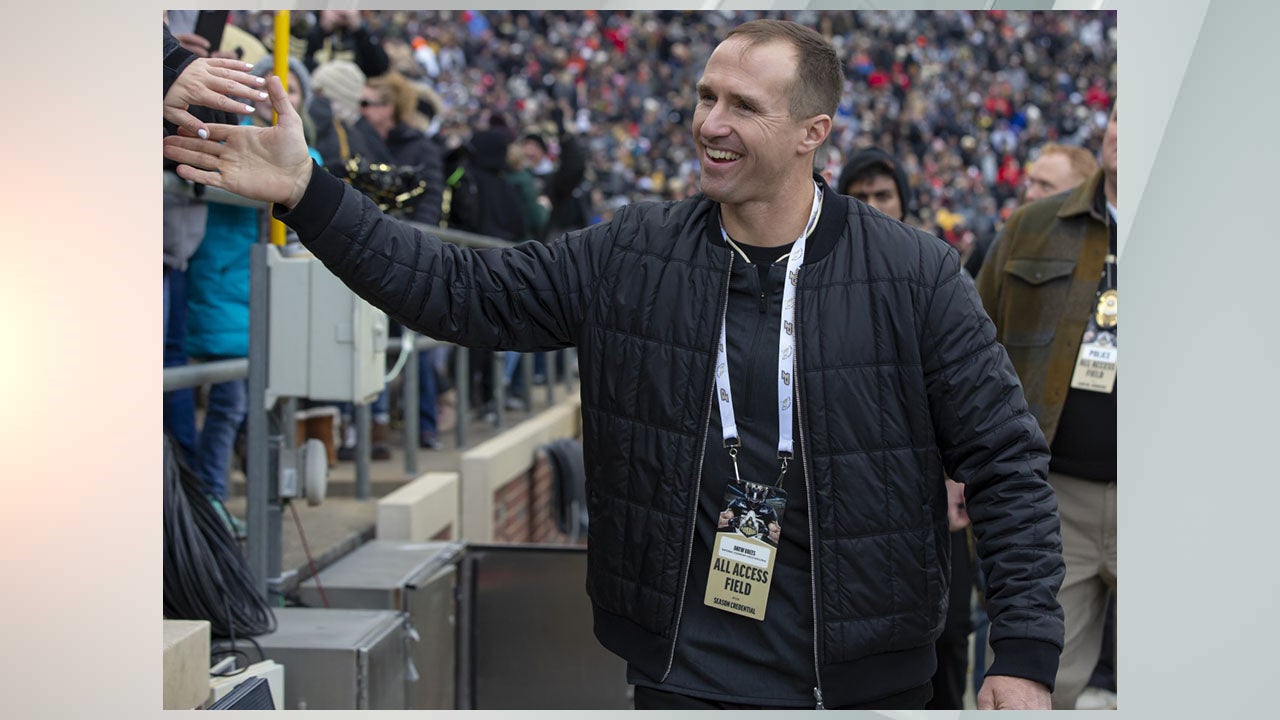 Brees, who signed on as an interim assistant coach this past week following Jeff Brohm’s departure for Louisville, is spending the majority of his time helping out with the Boilers quarterback room ahead of the Citrus Bowl on January 2 against No. 16 LSU in Orlando.

“I called up Mike Bobinski and the guys here, and said, ‘If you need me, I’m here, I’m available I want to be a resource,’” Brees said. “I love to work with these guys, and they’ve given me the opportunity. I’m going to take full advantage.”

Brees will help sort out Purdue’s quarterback spot following the announcement from fifth-year senior Aiden O’Connell of his decision to skip the bowl game and begin preparation for April’s NFL Draft.

Purdue’s offensive coaching staff is depleted with Brohm’s move to Louisville, after a total of six Boilers staff members set to join Brohm and the Cardinals.

Would Brees be up for coaching full-time? Well, for now, the proud father of four young kids isn’t being feeling any itch to hop onto the sidelines.

“No, no, being a player for 20 years in the NFL, that was a big commitment,” Brees said. “There was a lot of time away from the family. My kids are at an age now where I love being around, I want to be around. I don’t want to miss a thing with them. I think the coaching lifestyle doesn’t quite fit where I am at in my life right now (laughs).”

Brees added that the time away from his family is why he declined to return to the NBC broadcasting booth after one season as an analyst of Notre Dame football during the 2021 season.

Instead, this fall Brees spent every Friday night as the flag football coach for his sons and attended multiple Purdue games including the program’s first appearance in a Big Ten Championship game.

Brees said he spent much of the last week taking notes at home of previous coaching wisdom passed down by the late, great Boilers Head Coach Joe Tiller and the other mentors of his football life.

“At the end of the day, I want this experience to be about them,” Brees said. “I want them to extract everything they can out of me, in order for them to be in the best position to succeed.”