Purdue loses Sindelar, Moore for trip to No. 12 Penn St. 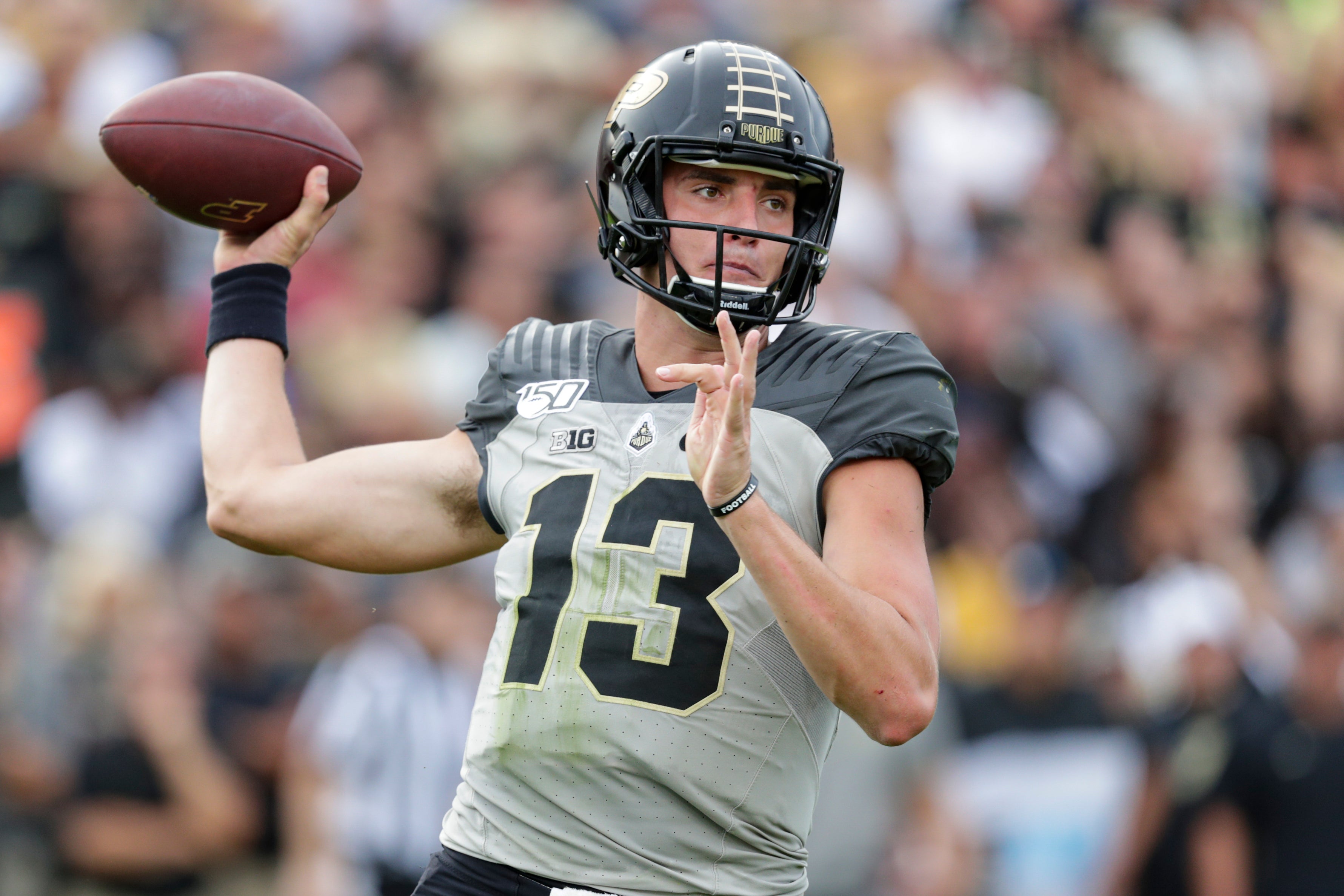 (AP) — The Purdue Boilermakers got a double dose of bad news Monday.

Starting quarterback Elijah Sindelar will miss multiple weeks with a broken left collarbone and All-American receiver Rondale Moore will sit out Saturday at No. 12 Penn State with a left leg injury.

“It’s too early to tell,” Brohm said Monday when asked if Sindelar’s injury would end his season. “He will be out an extended period of time.”

Sindelar was undergoing surgery as Brohm spoke to reporters at his weekly news conference.

Brohm didn’t provide even a hint of Moore’s prognosis, instead saying he hoped to obtain more information later.

“We hope it’s not (season-ending or long term),” Brohm said.

The Boilermakers (1-3, 0-1 Big Ten) started this year with momentum and rising expectations thanks in large part to having a healthy, strong-armed, experienced quarterback paired with one of the nation’s most electrifying playmakers.

One play in last weekend’s loss to Minnesota may change everything.

Sindelar suffered his injury on a sack when his left shoulder was driven into the ground. Down the field, Moore got shoved by a Minnesota player while running a pass route, appeared to stumble and then took an awkward step as he tried to regain his balance before falling to the ground. Moore went into the medical tent for about 10 minutes before he was carted to the locker room.

Sindelar again will be replaced by redshirt freshman Jack Plummer, who made his college debut in Week 3 when Sindelar was out with a concussion. Plummer also replaced Sindelar against Minnesota.

David Bell, a true freshman, recorded his first 100-yard game after Moore left but Purdue needs other players such as Jackson Anthrop to play bigger roles.

Plus, the Boilermakers will look to Anthrop, T.J. Sheffield and Zander Horvath to fill in for Moore on punt and kickoff returns.

“It’s our job to develop our players and get them ready to play and that’s everybody on the team,” Brohm said. “When guys go down, the others have to be ready to play. So yes, it creates some challenges, but you know what, I expect our guys to compete and work hard and get better and I expect us to play better.”

The Boilermakers already were without their top two defensive players: linebacker Markus Bailey, who suffered a season-ending knee injury in practice earlier this month, and defensive tackle Lorenzo Neal, who hasn’t returned yet from offseason knee surgery.

And all that comes as the Boilermakers try to snap a two-game losing streak on a trip to Penn State.

“You’ve got to play with the cards you’re deal and that (injuries) happens every year,” Brohm said.