Colts fall to Ravens in OT thriller on WISH-TV 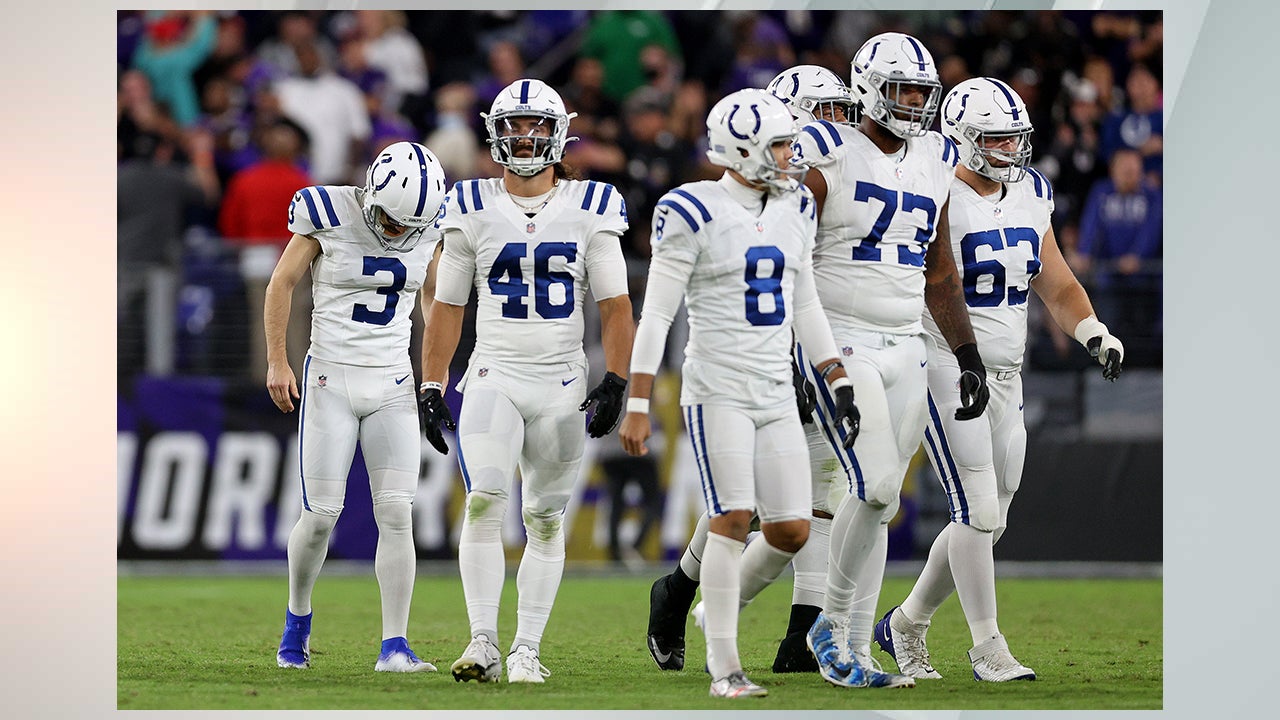 BALTIMORE (WISH) — The Indianapolis Colts fell to the Baltimore Ravens in a dramatic primetime matchup Monday night on WISH-TV, losing 31-25 in overtime.

Lamar Jackson completed 37 of his 43 passes for 442 yards and four touchdowns while Carson Wentz was 25-of-35 for 402 yards and two touchdowns.

The Colts jumped out to an early lead thanks to a 76-yard touchdown reception from running back Jonathan Taylor on their third play from scrimmage. It was a defensive struggle for the rest of the rest of the first half, as the only other points came when the teams traded field goals just before halftime.

Indianapolis added to its lead with a 42-yard strike from Carson Wentz to Michael Pittman Jr. The extra point was missed by Rodrigo Blakenship, who was battling a hip injury.

Trailing 16-3, the Ravens marched down to the Colts’ 1-yard line before Julian Blackman knocked the ball out of Lamar Jackson’s hands and Darius Leonard came up with the fumble.

The Colts made Baltimore pay for the miscue, as Taylor capped off a 79-yard drive with his second touchdown of the night. Their 2-point conversion attempt was unsuccessful.

Baltimore quickly responded with a touchdown of its own to cut the deficit to 22-9.

Following a Colts field goal, Jackson connected with Mark Andrews for a touchdown and two-point conversion to bring the Ravens within eight. Indianapolis had a field goal blocked on its next possession.

The Colts got in a position for a game-winning field goal as time expired, but Blackenship missed from 47 yards out.

Baltimore got the ball to start overtime and ended a 68-yard drive with a 5-yard touchdown to Marquise “Hollywood” Brown.