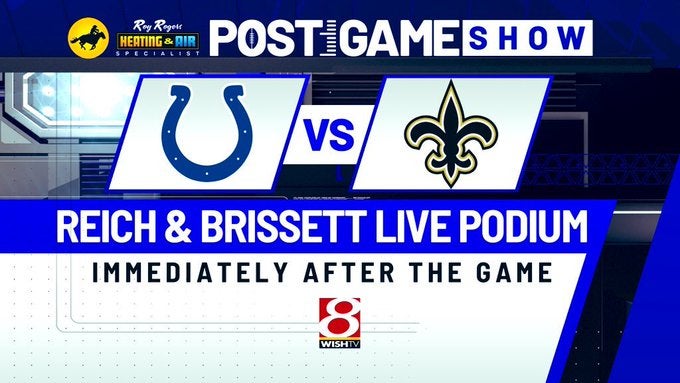 (WISH) — The Indianapolis Colts fell to the New Orleans Saints 34-7 at the Mercedes-Benz Superdome on Monday night, eliminating the Colts from AFC playoff contention.

The Colts officially entered desperation mode on Monday night in New Orleans. After a promising 5-2 start to the regular season, a loss to the Saints would eliminate Indianapolis from AFC playoff contention.

To add insult to injury, at halftime Monday night, the Saints are set to honor the Super Bowl XLIV team that defeated the Colts in Miami.

Be sure to switch to WISH-TV right after the game for a live postgame show from New Orleans with analysis from Anthony Calhoun and Mike Wells and live podium Q&A from coaches and players!