Creighton put on probation by NCAA amid fallout of FBI probe 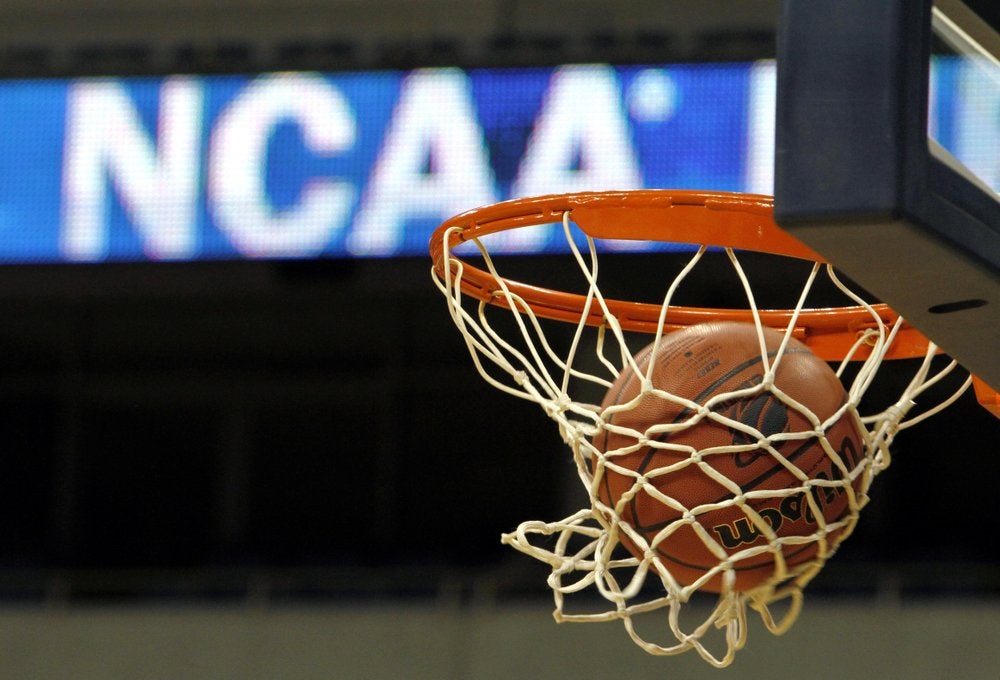 FILE - In this March 20, 2010, file photo, a ball flicks through the net in front of the NCAA logo on the marquis during an NCAA college basketball practice in Pittsburgh. Defying the NCAA, California's governor signed a first-in-the-nation law Monday, Sept. 30, that will let college athletes hire agents and make money from endorsements — a move that could upend amateur sports in the U.S. and trigger a legal challenge. (AP Photo/Keith Srakocic, File)
by: DAVE SKRETTA AP Basketball Writer
Posted: Jun 22, 2021 / 12:41 PM EST / Updated: Jun 22, 2021 / 12:41 PM EST

(AP) – The NCAA put Creighton men’s basketball program on two years’ probation and docked scholarships each of the next two seasons on Tuesday after alleging that a former assistant coach accepted cash from a management agency.

The committee on infractions said Preston Murphy did not take any other action after the meeting in a Las Vegas hotel. But the meeting itself violated NCAA rules because the receipt of money formalized a business relationship in which the management company could attempt to use the coach to gain access to Creighton players.

The penalties are the latest in a wide-ranging FBI probe into college basketball corruption that has ensnared numerous coaches and several high-profile schools, including Kansas and North Carolina State.

Murphy, who was never charged with a crime, was given a two-year show-cause penalty by the NCAA, but most of the penalties were aimed at the Bluejays program for its failure to properly investigate the case.

They include a $5,000 fine plus 1% of the basketball program budget, the loss of a scholarship each of the next two years and a reduction in men’s basketball recruiting trips and visits. The Bluejays also cannot provide complimentary admission to home games for prospects and coaches during the November 2021 recruiting window.

The committee said Creighton athletic director Bruce Rasmussen violated ethics rules after he conducted his own investigation without notifying or coordinating with the compliance office. Rasmussen determined that no violation had occurred and kept the information to himself until the FBI’s case came to public light.

“The violations largely stem from individuals permitting personal relationships to cloud their judgment and influence their decision-making,” the NCAA committee said. “Specifically, the assistant coach prioritized loyalty to his friend, the agent associate; and the athletics director looked past alarming conduct based on his trust in the assistant coach.”

The Bluejays went 24-9 during the 2019-20 season before the postseason was canceled due to the COVID-19 pandemic. They followed up the breakthrough year with their best season under coach Gregg McDermott, going 22-9 and finishing second in the Big East before advancing to the Sweet 16 for the first time since 1974.