Cubs win 2-1 in Maddon’s return to Trop, extend streak to 7 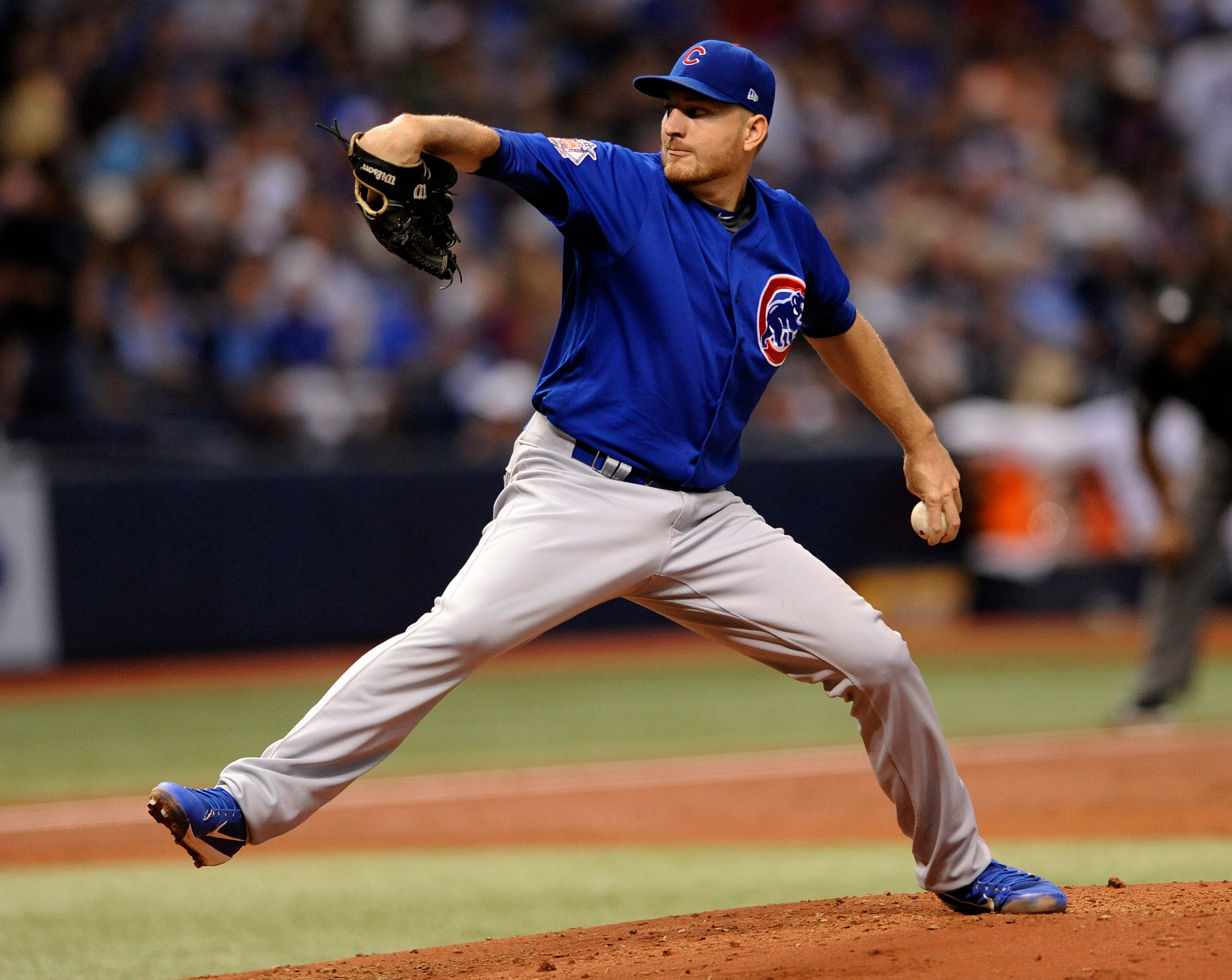 Maddon managed the Rays from 2006-14, then left to manage Chicago and last year led the Cubs to their first World Series title since 1908. Chicago hold a 3½-game lead over second-place Milwaukee in the NL Central.

A crowd of 25,046, the largest at the Trop since opening day, gave Maddon a standing ovation in the middle of the first inning.

“I thought it was a quick nine years,” he said of his time with the Rays. “I try to stay in the present tense, but that was a fast nine years and I have nothing but warm and fuzzies about it.”

Montgomery (7-8) allowed one hit in six innings, a one-out homer in the sixth by Brad Miller. Montgomery struck out six, walked one and hit his first batter, Kevin Kiermaier.

Pedro Strop, Carl Edwards Jr. amd Wade Davis each followed with an inning of perfect relief to complete the one-hitter. Davis struck out the side and remained perfect in 32 save chances.

Schwarber homered in the second and Javier Baez hit an RBI double in the fifth against Chris Archer (9-11), who gave up four hits in six innings. Archer struck out six, riaising his total to 241 – 11 shy of the team record he set two years ago. He is 2-6 in his last 14 starts.TRAINER’S ROOM

Cubs: RHP Jake Arrieta (strained right hamstring) threw a bullpen session and said he might be able to pitch Thursday at Milwaukee. … 3B Kris Bryant was out of the lineup for the first time since Aug. 23.

LHP Jon Lester (11-7) will pitch for the Cubs on Wednesday night against LHP Blake Snell (3-6). Lester, who lost to the Rays on July 4, has won three straight starts.