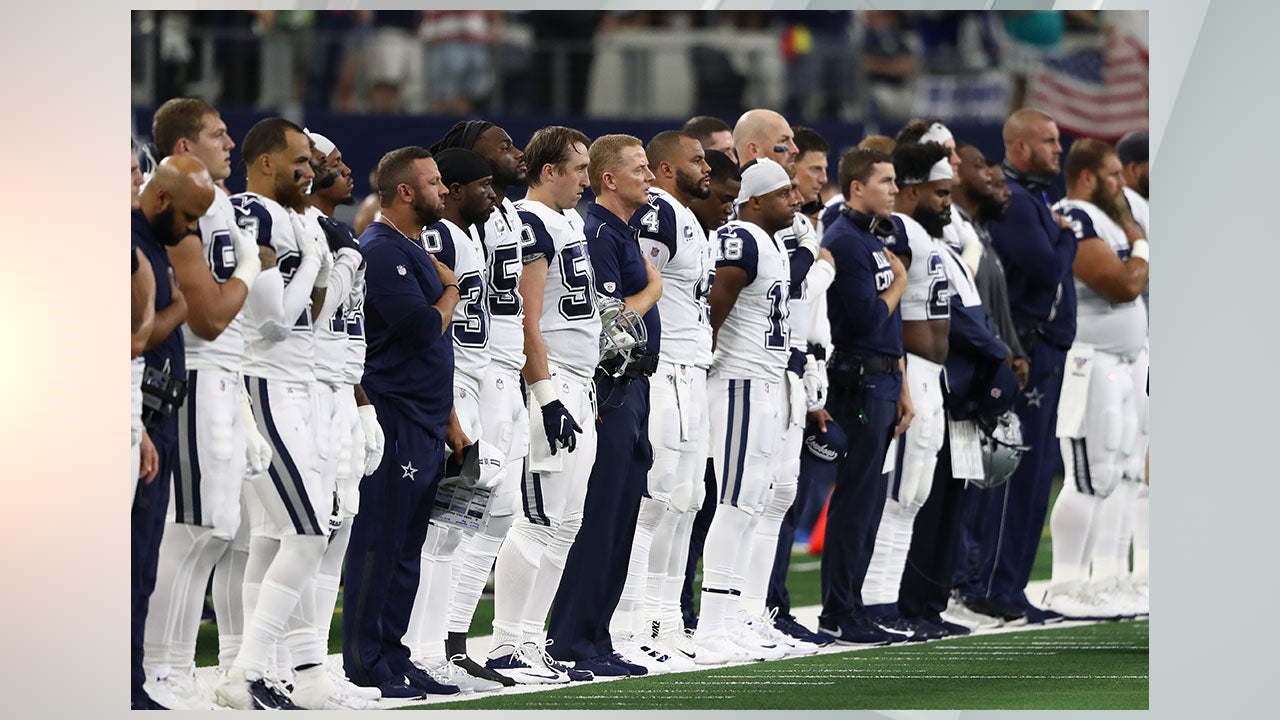 FRISCO, Texas (AP) — The Dallas Cowboys appear on the verge of having players kneeling during the national anthem for the first time.

Quarterback Dak Prescott says teammates should be able to decide for themselves how they wish to protest racial inequality.

The national reckoning over race has led owner Jerry Jones to soften his hard-line stance requiring players to stand during the anthem.

Defensive tackle Dontari Poe is the only Dallas player who has said publicly he intends to kneel.

The Cowboys open the season next Sunday at the new home of the Los Angeles Rams.