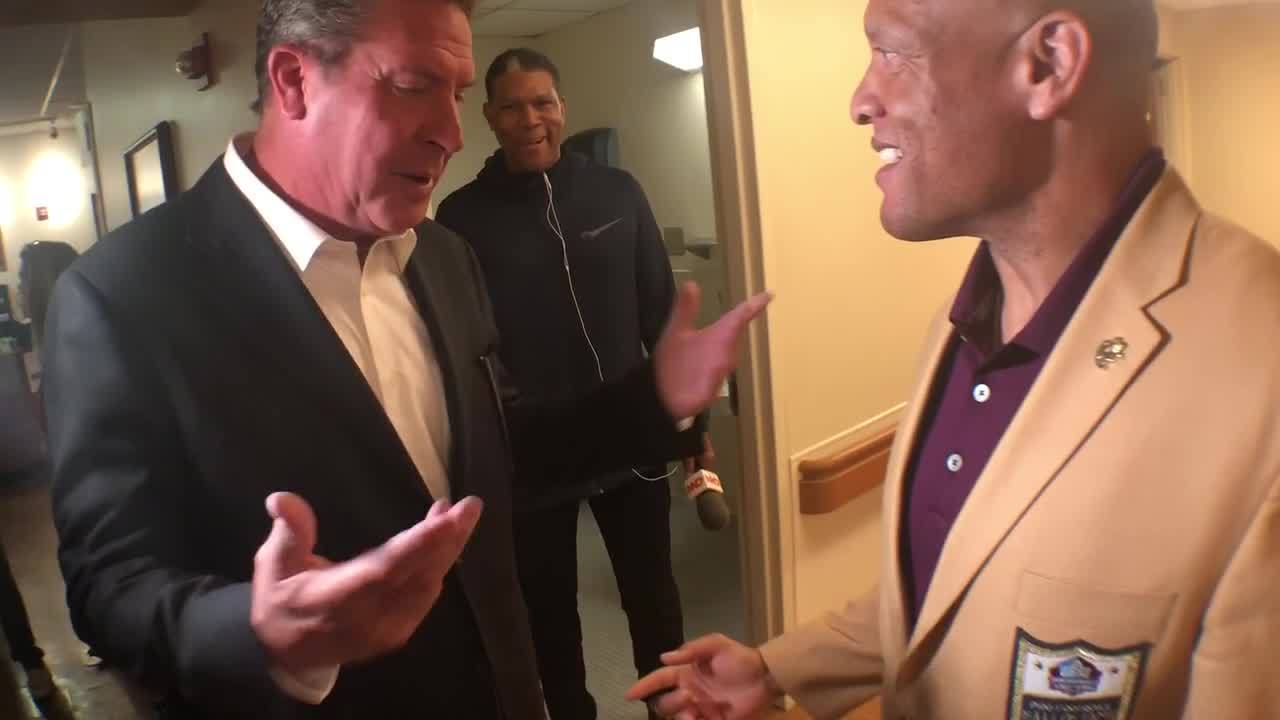 ATLANTA (NEXSTAR) — Thursday morning, with 3 days until Super Bowl LIII, the bright lights shifted to shine inside the Atlanta VA where NFL Hall of Famers, including Aeneas Williams and Dan Marino, spent time with veterans who served our country.

I was a fly on the wall as Marino and Williams caught up in a hallway after signing autographs, posing for selfies and visiting with vets and hospital staff.

“I would have worn my, I didn’t know you guys were bringing your jackets,” Marino said, comparing his black blazer to Williams’ Hall of Fame jacket.

“I know man. Who you picking?” Aeneas asked.

“I’d like to see the Rams win, personally,” Marino said.

“I think they can get to ‘em with that four-man rush,” Williams replied, referring to the Rams defensive line led by Pro Bowler Aaron Donald.

Despite Marino rooting for the Rams, he told me in a one-on-one conversation that he’s picking the Patriots to win.

While witnessing the conversation between two NFL Hall of Famers was amazing, it paled in comparison to seeing the joy that their visit brought to the veterans at the hospital.

Stay tuned for a full story on that from our Ashley Bridges.