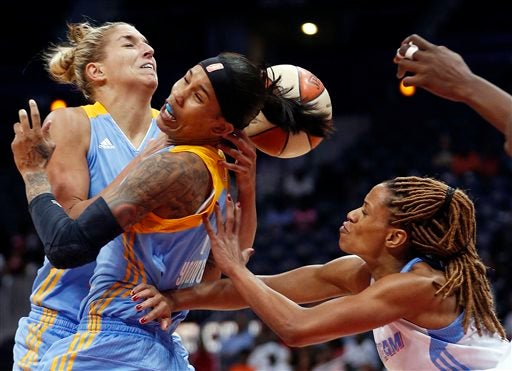 The Sky raised their Eastern Conference championship banner prior to the tip, took a double digit lead 5 minutes into the game and led by 13 at intermission, 51-38. Chicago outscored Indiana 22-14 in the final 10 minutes.

Della Donne was 11 of 20 from the field, 9 of 10 from the free throw line and had eight rebounds, four blocks and three steals.

Courtney Vandersloot added 13 points for Chicago, which got points from every player on its roster and shot 36 of 78 from the field (46.2 percent).