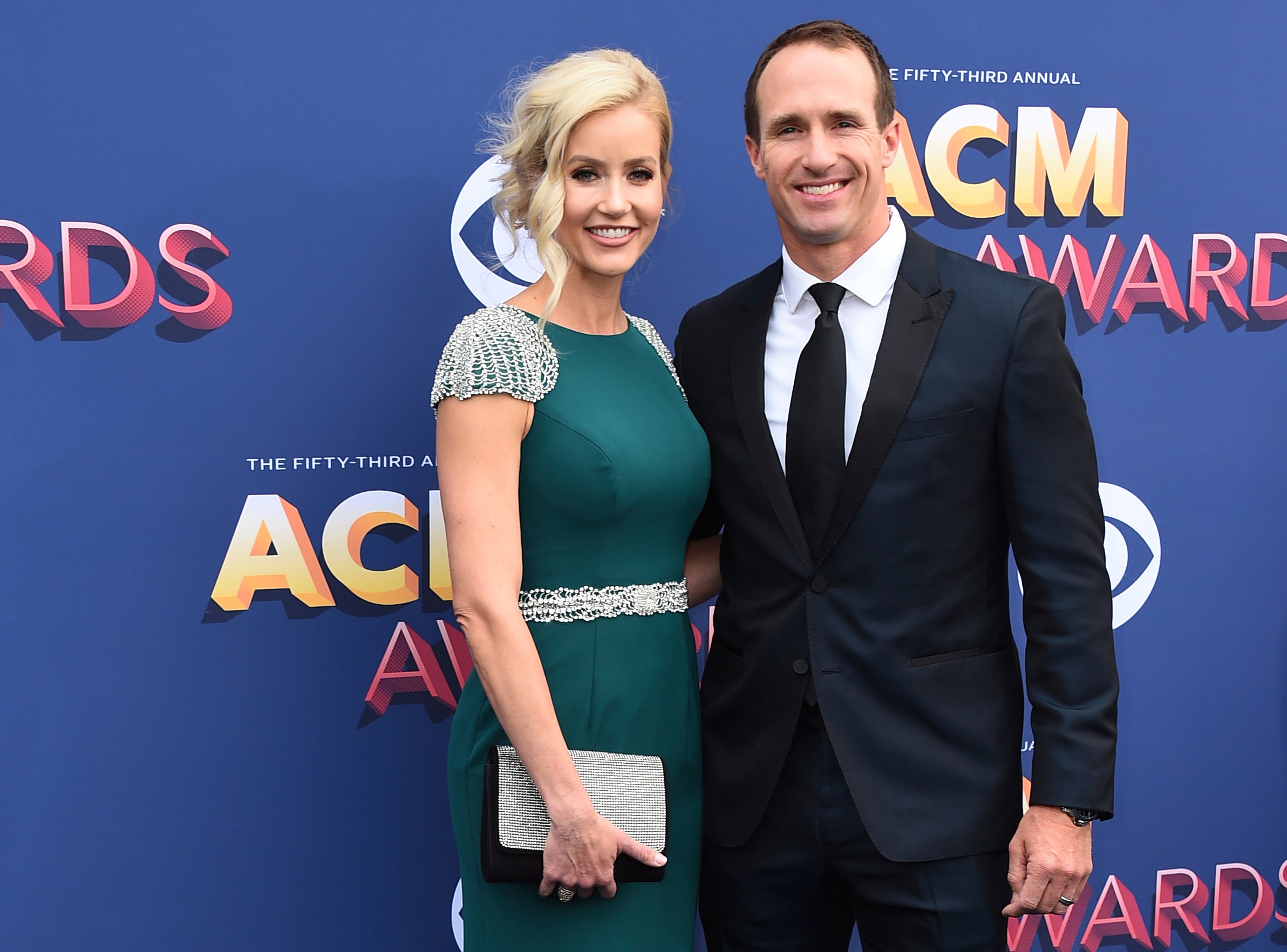 FILE - In this April 15, 2018 file photo, Brittany and Drew Brees arrive at the 53rd annual Academy of Country Music Awards at the MGM Grand Garden Arena in Las Vegas. New Orleans Saints Quarterback Drew Brees has apologized for comments he made in an interview regarding his opposition to Colin Kaepernick’s kneeling during the national anthem. His wife apologized on Saturday, June 6, 2020, as well, saying “we are the problem.” (Photo by Jordan Strauss/Invision/AP, File)
by: Associated Press
Posted: Jun 8, 2020 / 11:07 AM EST / Updated: Jun 8, 2020 / 11:07 AM EST

NEW ORLEANS (AP) — New Orleans Saints Quarterback Drew Brees has apologized for comments he made in an interview regarding his opposition to Colin Kaepernick’s kneeling during the national anthem. Now his wife has apologized as well, saying “we are the problem.”

Brittany Brees shared those words in an Instagram post Saturday along with a Bible verse and two quotes from Martin Luther King, Jr., including one that said “In the end we will remember not the words of our enemies, but the silence of our friends.”

Her husband was asked Wednesday in an interview with Yahoo to revisit the protests of former NFL quarterback Kaepernick, who silently took a knee during the anthem before games to raise awareness of police brutality and racial injustice.

“I will never agree with anybody disrespecting the flag of the United States,” Drew Brees said during the interview, adding that the national anthem reminds him of his grandfathers, who served in the armed forces during World War II.

After the comments aired, the quarterback was criticized on social media by high-profile athletes, including LeBron James, and some of his teammates. Protesters marching in New Orleans last week also chanted curses at him.

“White America is not hearing,” his wife wrote in the apology post Saturday. “We’re not actively LOOKING for racial prejudice.”

Drew Brees apologized for his statements last week in an Instagram post, saying his comments were “insensitive and completely missed the mark.” He also apologized in a video posted on Instagram, and wrote a letter to President Donald Trump on social media saying “I realize this is not an issue about the American flag” after the president said on Twitter Friday that Brees should not have taken back his original comments.