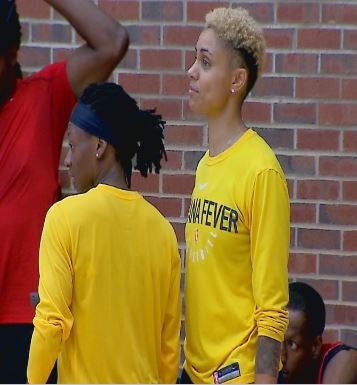 INDIANAPOLIS (WISH) — Indiana Fever’s Erica Wheeler and Candice Dupree were selected as two of the 12 reserves in the 2019 WNBA All-Star Game.

Wheeler is the only undrafted player on this year’s All-Star roster and just the fifth ever to be selected.

Wheeler reflected on her recent All-Star status and the long road she took to get there. “This moment is surreal. It’s one thing to make the WNBA, you know, to not get drafted and make the WNBA, but to be acknowledged as one of the best in the league when my path was probably one of the hardest.”

Dupree said, “When you’re out there playing with and competing against the league’s best players … but another notch on the belt I guess for me.”

The Fever are 6-12 on their season and fifth in the Eastern Conference.

“We need to understand that, despite some of the losses, that there is some good in some of the tough times and maybe this energy will galvanize them and really get us going,” Head Coach Pokey Chapman said.