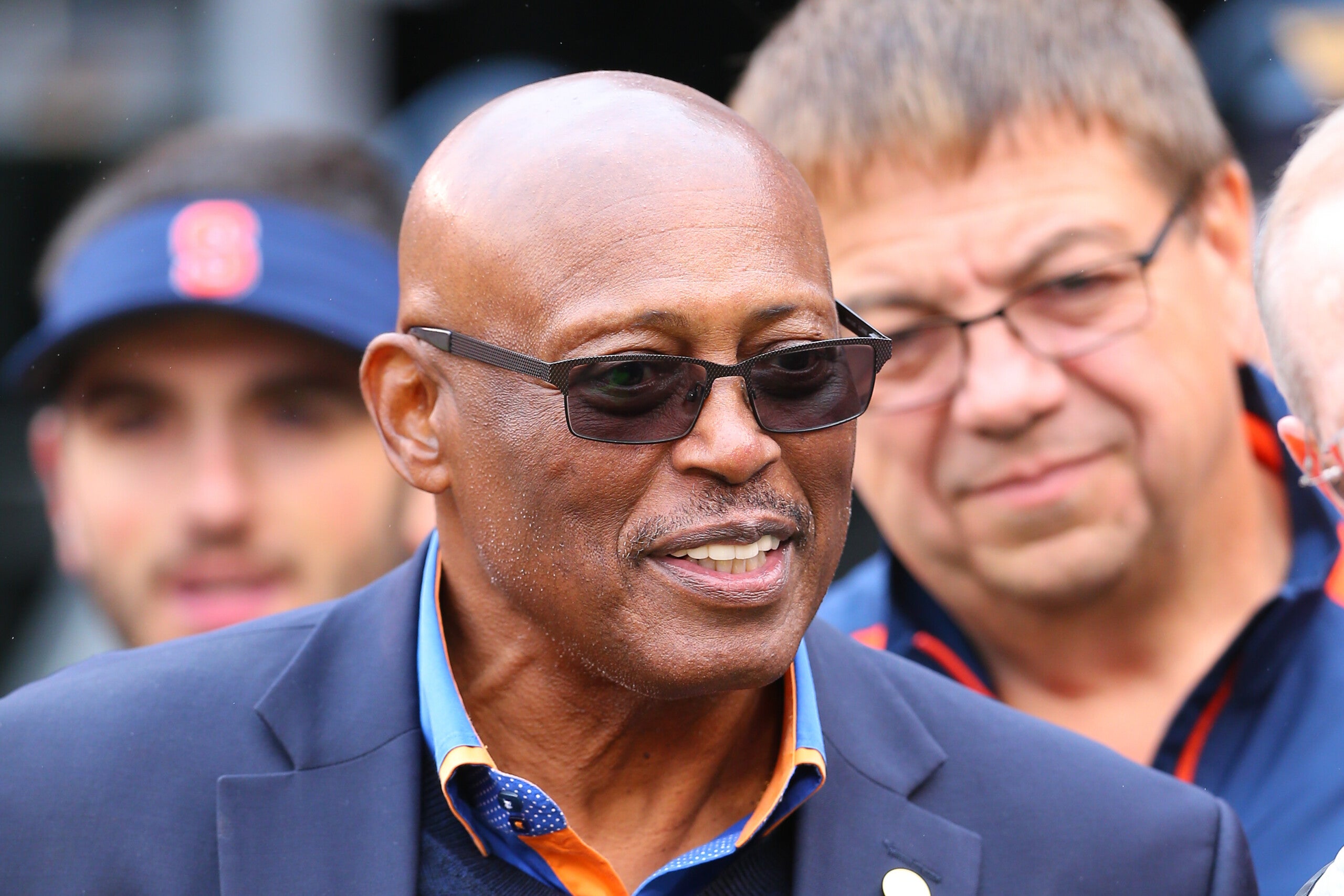 DENVER (AP) — Floyd Little, the Hall of Fame running back who starred at Syracuse and for the Denver Broncos, has died. He was 78.

The Pro Football Hall of Fame said he died Friday night. No cause was given.

A native of New Haven, Connecticut, he was the sixth overall pick in the 1967 AFL-NFL draft. He played nine seasons in Denver, where he earned the nickname “The Franchise” because his signing was credited with keeping the team from relocating and helped persuade voters to approve funds for the old, iconic Mile High Stadium, which has since been replaced by Empower Field at Mile High.

“I know when I got there the talk was about the team moving to Chicago or Birmingham,” Little told The Associated Press in an interview in 2009. “So, I supposedly saved the franchise, and I think (former team spokesman) Jim Saccomano gave me that nickname. It’s been a part of my name ever since.”

During his nine-year pro career, Little rushed for 6,323 yards and 43 touchdowns and caught 215 passes for 2,418 yards and nine TDs. He had the most all-purpose yards in pro football and ranked second only to O.J. Simpson in yards rushing over his career.

After a three-decade wait, Little made it into Canton in 2010. He told the AP when he was nominated by the hall’s senior committee that he had given up hope of ever making it into the Hall of Fame.

“I was running out of guys who had seen me play,” said Little, whose career in Denver spanned the years 1967-75, lean times in the former AFL franchise’s history. “The people that had seen me play were starting to fade off and retire. All these guys were no longer there, so who’s going to talk about Floyd Little? Nobody. I thought I’d just fallen through the cracks never to be seen or heard from again.”

He was never forgotten in Denver, where the late team owner Pat Bowlen once hailed Little’s “immeasurable contributions to this franchise and the NFL.”

Little was a vibrant presence at Broncos reunions and events over the years.

During his long wait for enshrinement, Little said he was regularly approached by fans wanting him to settle a bet: Which year did he go into the Hall of Fame?

“And I have to tell them I’m not in the Hall of Fame and I’ve never even been nominated,” Little said in the months before his selection on Feb. 6, 2010.

Little decided not to get his hopes up anymore and a few years later, the senior committee nominated him, allowing him to dream anew about football immortality. On the eve of his selection, he said he’d had a premonition that his time was coming at last.

He was right: Hall Vice President Joe Horrigan called him with the good news the day before New Orleans’ 31-17 win over Indianapolis in the Super Bowl.

“I was numb,” Little said. “I knew he wasn’t calling to tell me I was passed over again.”

Little said he learned a valuable lesson that day: “Well, you don’t give up on your dreams,” even if it’s to assuage the pain of envisioned rejection.

Little, who had sold his car dealership in Seattle after 32 years not long before his nomination, returned to Syracuse the following year as a special assistant to the athletic director, a position he held until 2016, when he received an honorary doctorate degree from the university.

After that, Little and his wife moved to Las Vegas.

An ex-teammate of Little’s at Syracuse, Pat Killorin, made Little’s cancer diagnosis public in May when he created a GoFundMe page to help the family with treatment costs.

Floyd is survived by his wife, Deborah.