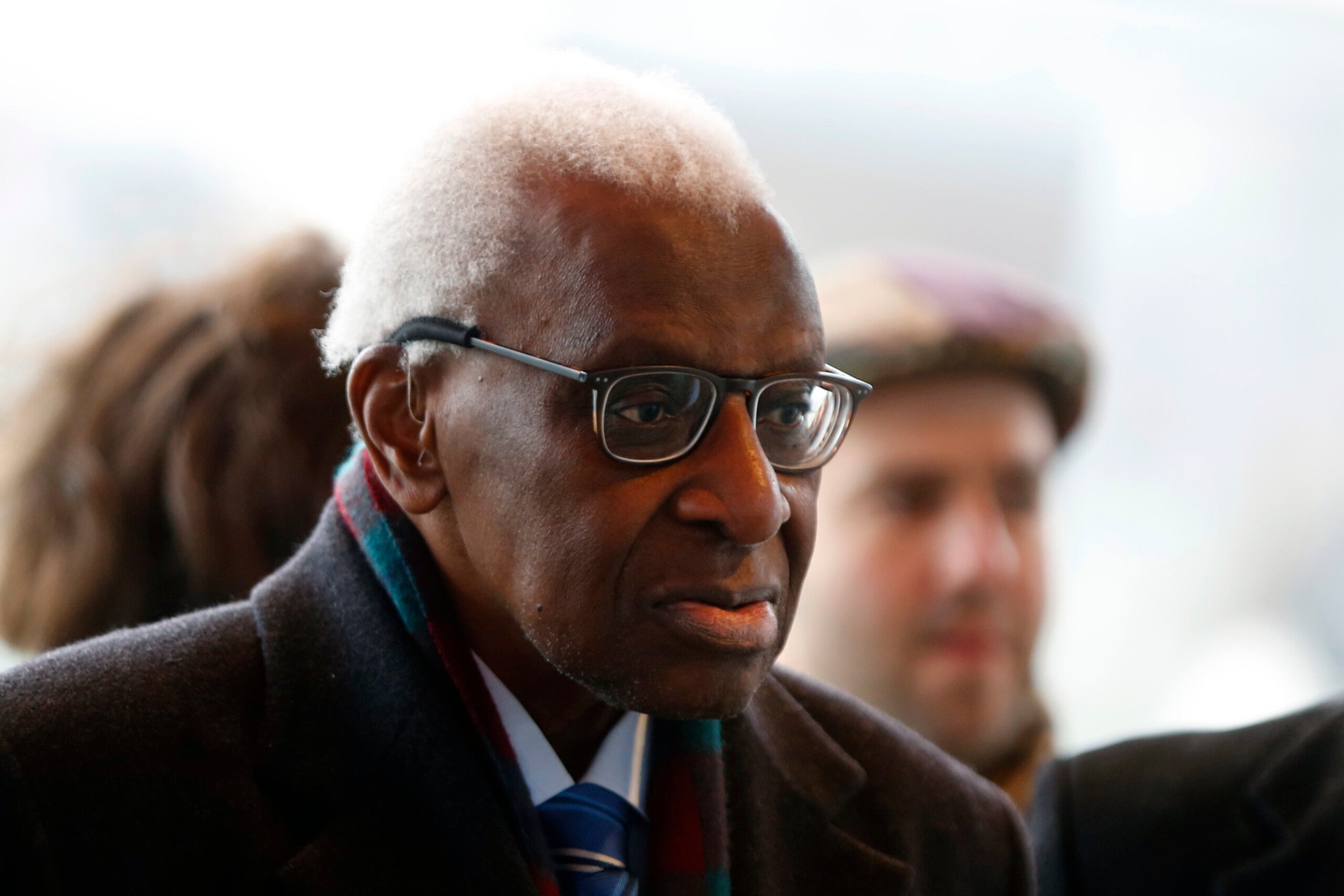 FILE - Iin this Jan.13, 2020 file photo, former president of the IAAF (International Association of Athletics Federations) Lamine Diack arrives at the Paris courthouse, Monday, Jan. 13, 2020. A Paris court is delivering its verdict Wednesday Sept. 16, 2020, in the trial of Lamine Diack on corruption, money laundering and breach of trust charges against the one-time supremo of global track and field athletics, and according to prosecutors, creamed off millions for himself, with his son.(AP Photo/Thibault Camus, File)
by: Associated Press
Posted: Sep 16, 2020 / 08:54 AM EST / Updated: Sep 16, 2020 / 08:54 AM EST

PARIS (AP) — Former track federation president Lamine Diack was sentenced Wednesday to two years in prison for his role in a scheme that allowed Russian athletes who paid hush money to keep competing when they should have been suspended for doping.

The guilty verdict in a Paris court represented a spectacular fall from grace for the 87-year-old Diack, who was the powerful head of the IAAF from 1999-2015. The court also sentenced Diack to another two years of suspended jail time and fined him 500,000 euros ($590,000).

Diack was found guilty of multiple corruption charges and of breach of trust but acquitted of a money laundering charge.

Diack’s son, Papa Massata Diack, was also on trial. The former IAAF marketing consultant lives in Senegal and was tried in his absence, also on corruption, money laundering and breach of trust charges.

Ahead of the verdict, Papa Massata Diack this week called the charges “the biggest lie in the history of world sport.” He said he earned $10 million from his IAAF consultancy work but all legally. He said he skipped the trial because “to submit to French justice is to put myself at the disposal of my enemies.” Senegal refused to extradite him.