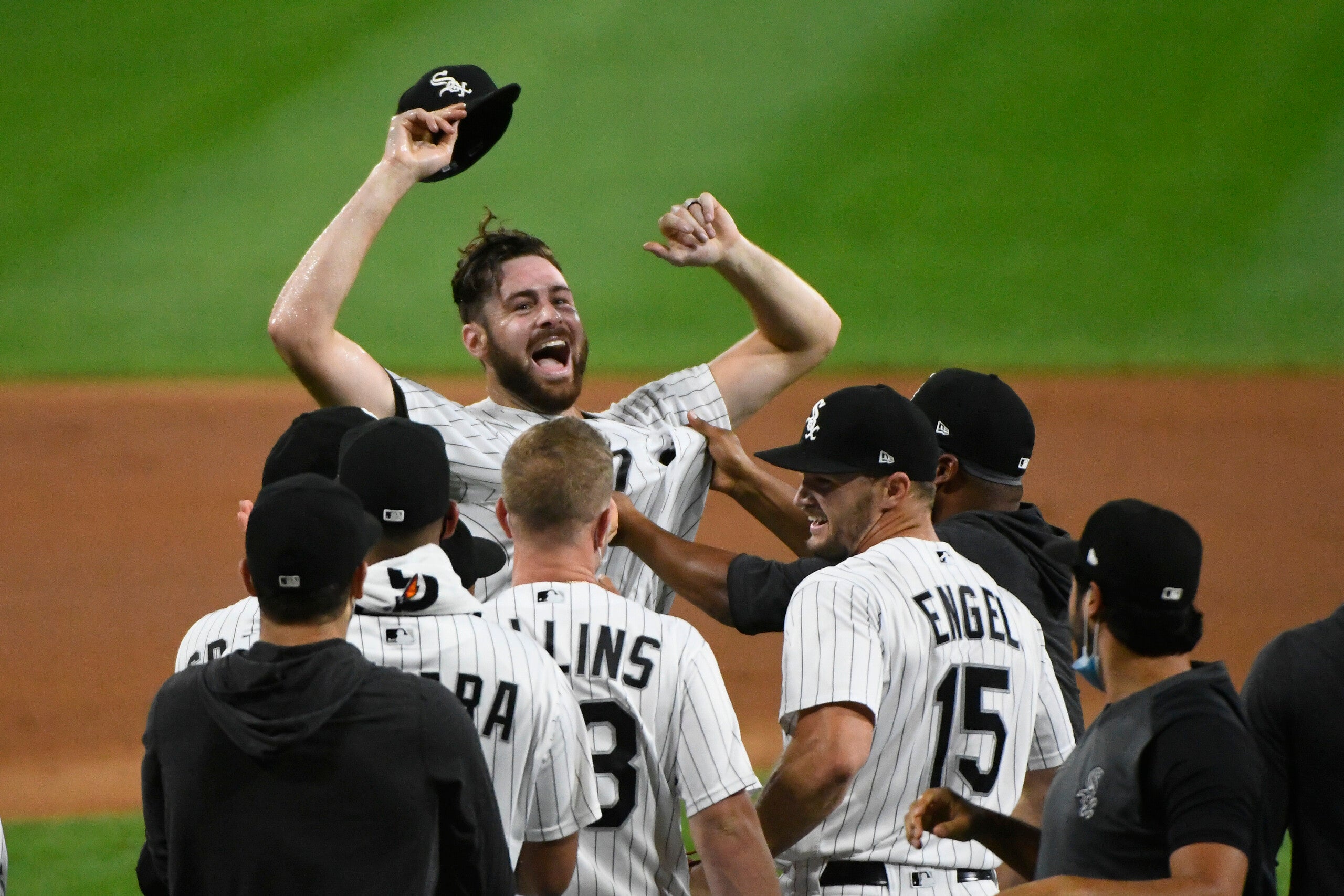 CHICAGO (AP) — Lucas Giolito pitched the first no-hitter of the pandemic-delayed major league season, striking out 13 and permitting just one runner in leading the Chicago White Sox over the Pittsurgh Pirates 4-0 Tuesday night.

With the seats at Guaranteed Rate Field empty, the hollers of his teammates echoed around the ballpark after right fielder Adam Engel extended to catch Erik Gonzalez’s slicing drive toward the line for the final out.

“I’ve been working for this type of game for a while now and it’s really cool that we got it done,” Giolito said.

An All-Star last year, the 26-year-old Giolito (3-2) matched his career high for strikeouts set in his previous start against Detroit.

Only a four-pitch walk to Gonzalez leading off the fourth inning got in Giolito’s way of perfection. The right-hander threw 101 pitches and made quick work of the Pirates — Pittsburgh came into the game batting just .229 this season and has the worst record in the majors.

The White Sox rushed toward the mound after the final out in Giolito’s first career no-hitter. Giolito hugged catcher James McCann as the Chicago players joined the celebration.

Giolito was fully aware in the later innings what was at stake.

“After the seventh, six more outs, looking at who I was facing, became very, very, very possible,” he said, “and then we were able to get it done.”

“Just staying with the same, like, mental routine for every single pitch. One pitch at a time. Full focus, full execution, straight through the target,” he said.

Giolito pitched the 19th no-hitter in White Sox history and first since Philip Humber threw a perfect game at Seattle in 2012. This was the seventh time the Pirates have been held hitless, previously by Washington’s Max Scherzer in 2015.

White Sox shortstop Tim Anderson made a nifty play on a grounder by Bryan Reynolds up the middle in the seventh to preserve the gem, helped by first baseman Jose Abreu’s stretch at the bag.

In the ninth, Gonzalez hit a liner that Engel, a fleet center fielder for most of his career, caught on the run at knee-high height.

“Yeah man, I think I got it,” Gonzalez said. “With that at-bat, I was a little bit mad because I don’t want to be part of history.”

Giolito improved to 30-28 in his big league career. He made his debut with Washington in 2016, then was traded after that season to the White Sox in a package for outfielder Adam Eaton.

Giolito threw the first no-hitter at Guaranteed Rate Field since Minnesota’s Francisco Liriano did it in 2011.

Giolito was dominant in his previous start, too, fanning 13 against Detroit and allowing just three hits in seven innings. The victory over Pittsburgh was his third career shutout.

Giolito went to full counts against just two hitters but retired both before the sixth.

The White Sox homered 12 times in a weekend series against the Cubs but hardly needed the long ball this time.

Chicago’s first three batters reached in the second and all three came home one at a time after Engel’s groundout and singles Anderson and Eloy Jimenez. James McCann added a sacrifice fly in the third off Steven Brault (0-1).

Engel got the scoring started with a bases-loaded groundout in the second, breaking a streak that had seen the White Sox score 20 straight runs via home runs. The run began during an Aug. 20 victory over Detroit.

White Sox: McCann stayed in the game after being struck near his left hand by a second-inning pitch from Brault. … Jimenez appeared to be getting treated near the mound after the celebration, but manager Rick Renteria said he walked off the field under his own power.

Lefthander Dallas Keuchel (4-2, 2.65) looks for his third straight win Wednesday afternoon against Pirates RHP Trevor Williams (1-4, 3.70) in the finale of the two-game series.