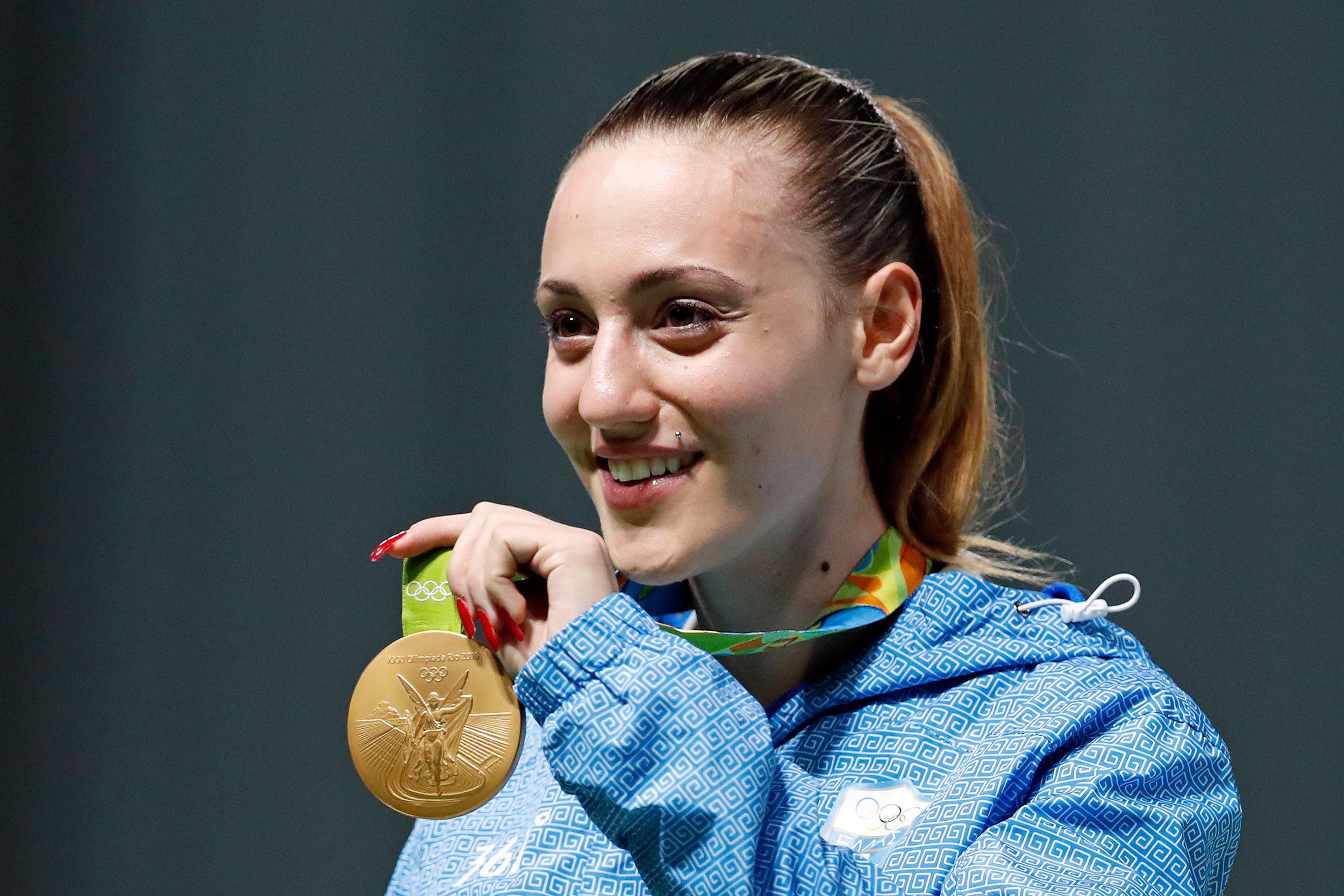 FILE - In this Aug. 9, 2016, file photo, Anna Korakaki, of Greece, displays her gold medal following the victory ceremony for the women's 25-meter pistol event at the Olympic Shooting Center at the 2016 Summer Olympics in Rio de Janeiro, Brazil. Greece's Olympic committee said Thursday, Feb. 6, 2020, it has picked Korakaki as the first torchbearer for the 2020 Tokyo Games following the flame-lighting ceremony in Ancient Olympia on March 12. It's the first time a woman has been chosen for the launch of the torch relay. (AP Photo/Hassan Ammar, File)
by: Alaa Elassar, CNN
Posted: Feb 9, 2020 / 05:28 PM EST / Updated: Feb 9, 2020 / 05:46 PM EST

Korakaki will attend the flame-lighting ceremony for Tokyo 2020 in Ancient Olympia on March 12. After High Priestess Xanthi Georgiou lights the flame, Korakaki will serve as first torchbearer, according to the official website of the Olympic Games.

“It’s a great honor for me,” Korakaki said in a statement.

“I am thrilled, and I think the feelings will get even more intense in Ancient Olympia. I am looking forward to experiencing that moment and I’m sure it will remain etched in my mind and heart for the rest of my life.”

“It is a historic moment, as for the first time in history a female athlete will be the first torchbearer,” Spyros Capralos, HOC president and member of the International Olympic Committee, said in a statement.

“I believe that Anna Korakaki has honored the Greek flag and our country, and she deserves it, not only for the two medals at the Rio Olympics, but also for her successes after 2016.”

After the flame-lighting ceremony in Olympia, where the original games were held, the torch will travel around Greece for eight days before it is passed onto the Tokyo 2020 team in a handover ceremony at Panathenaic Stadium in Athens.

Another Greek athlete, pole vault gold medalist Ekaterina Stefanidi, will be the last to carry the Olympic flame at the Panathenaic Stadium on March 19.

The torch will then be flown from Greece to Japan.