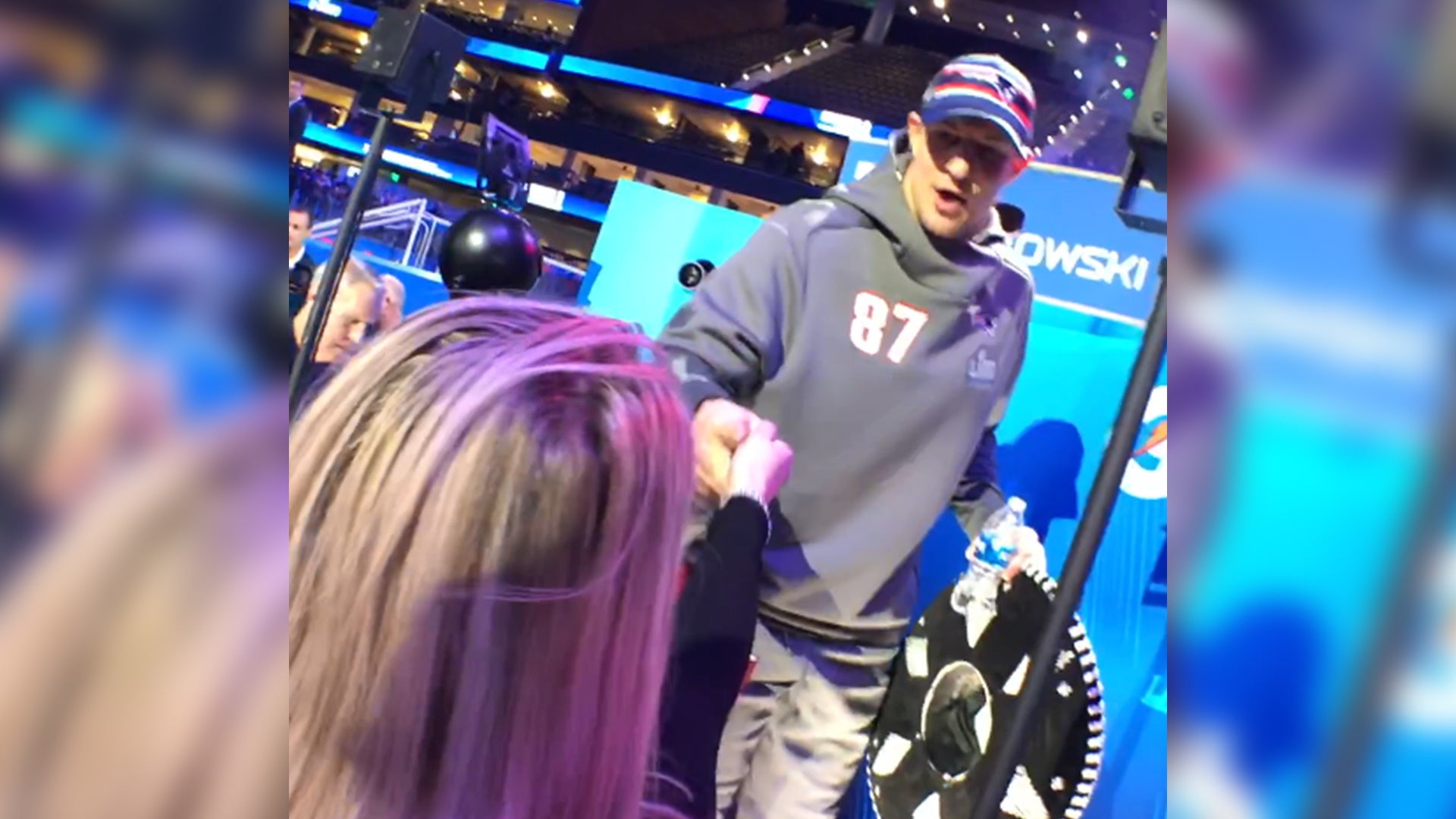 ATLANTA (NEXSTAR) — Is there any game — a physical game, I’m not talking trivia or scrabble — where a lay person can win against an NFL player?

The Patriots are busy getting ready for the big game, but first a little a little fun and games during Opening Night!

I challenged several Patriots players to a thumb war. I kept losing even when former Clemson star and Patriots tight end Dwayne Allen tried to coach me up a bit.

Then, in the final seconds as the media day clock ticked…a dive …not between the pylons but between the tripods and a grab for Gronk: a challenge for a final epic losing battle of thumb war with those hands — but he turns the tables, Rock Paper Scissors — but what does shoot mean?

I went with rock–Gronk, scissors!

“Rock paper scissors, shoot, oh you cheated!” he cried, walking away from the podium after an hour long interview session with the media.

Who won? What ARE the rules? They’re clearly less clearly defined than in the league.

Did I cheat, I don’t know! Use our #BigGameBound to post YOUR video of how the game should be played — tomorrow we might share a few of them in our Big Game Bound live show.