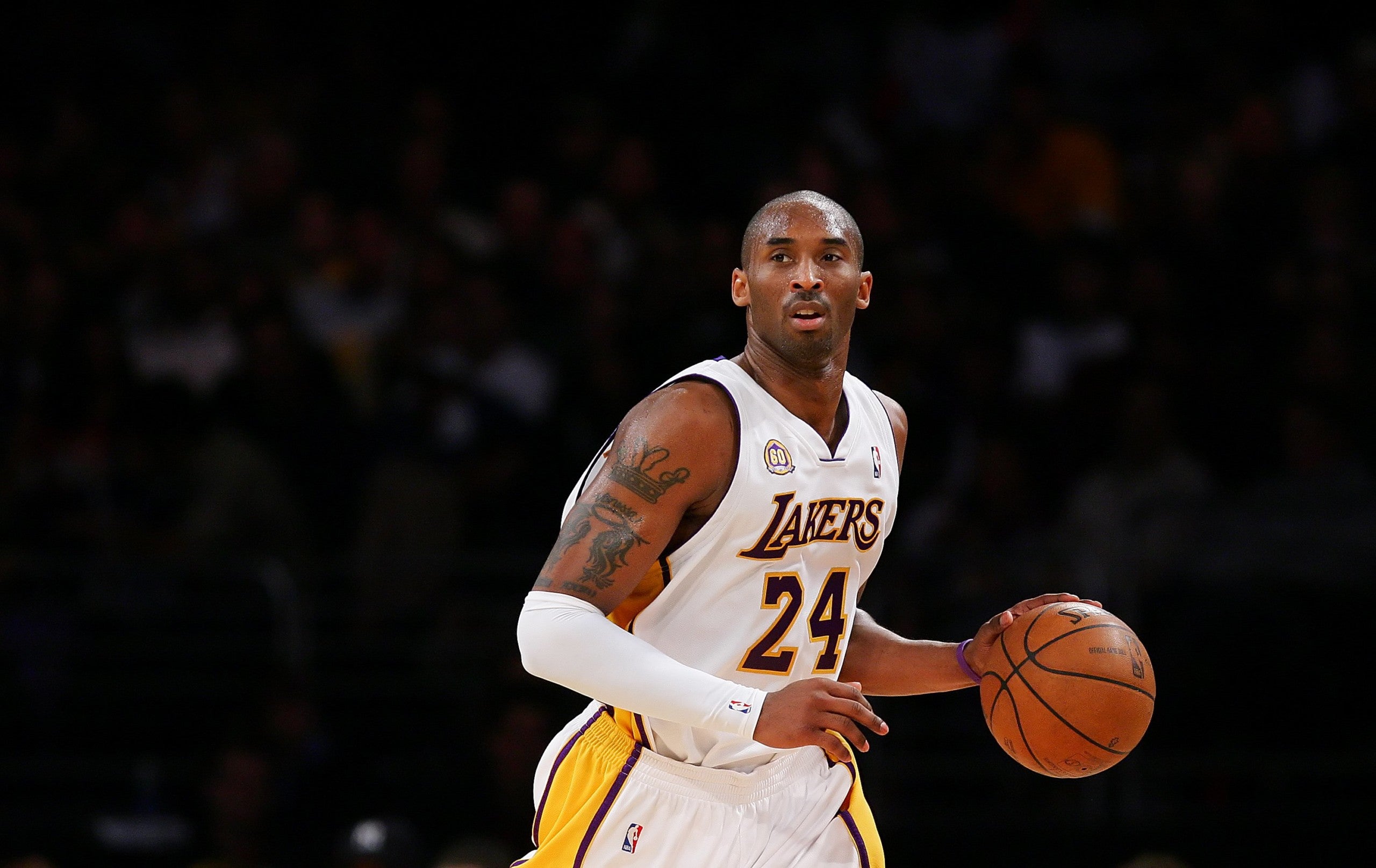 LOS ANGELES, CA - JANUARY 27: Kobe Bryant #24 of the Los Angeles Lakers drives the ball upcourt during the game against the Cleveland Cavaliers at Staples Center on January 27, 2008 in Los Angeles, California. NOTE TO USER: User expressly acknowledges and agrees that, by downloading and or using this Photograph, user is consenting to the terms and conditions of the Getty Images License Agreement. (Photo by Lisa Blumenfeld/Getty Images)
by: Calum Trenaman, CNN
Posted: Sep 16, 2020 / 05:26 AM EST / Updated: Sep 16, 2020 / 05:26 AM EST

(CNN) — The late Kobe Bryant announced his retirement from basketball in November 2015 in a poem entitled “Dear Basketball.”

In his final game, on April 13, 2016, at the end of the LA Lakers’ worst-ever season as they went 17-65, Bryant gave fans one final glimpse of his greatness by scoring 60 points in victory over the Utah Jazz.

The numbers Bryant wore during his career, eight and 24, were painted on the hardwood floor of the Staples Center and, after the game, Bryant signed his name inside the number eight. Now, that piece of hardwood history is up for auction.

The floor was originally auctioned by the Lakers Youth Foundation for $179,100, one month after Bryant’s legendary final game.

Consisting of four panels, each measuring four-by-eight feet (48×96″), auction house Heritage Auctions says the floor is “one of the most inspiring lots that Heritage has had the privilege to present to the collecting world.”

Since the deaths of Bryant and his daughter Gianna in January, signature merchandise and memorabilia associated with Bryant has increased in value.

Soon after his death, pairs of Bryant’s signature “Kobe” line of sneakers rose in value exponentially.

Heritage Auctions have disclosed the seller will donate 10% of the proceeds to the Mamba and Mambacita Sports Foundation, an organization that exists to further Kobe and Gianna Bryant’s legacy through charitable endeavors in sports.